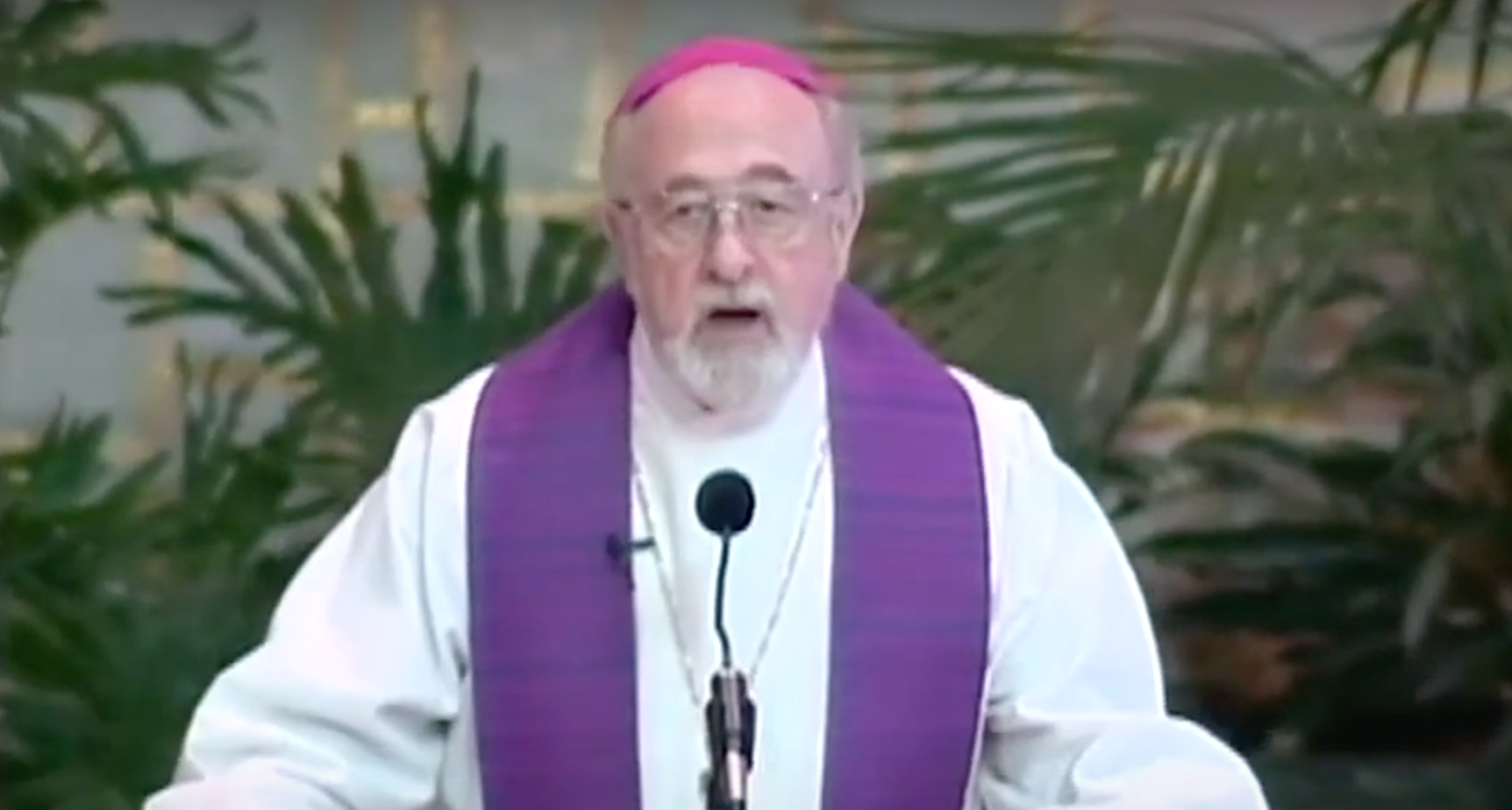 Former Milwaukee Archbishop Rembert Weakland, one of the most influential liberal American prelates of the 20th century, died last Monday. He resigned in 2002 after it came out that he had paid hush money to a male Marquette University graduate student who accused him of date rape. Most stories about Weakland’s death alluded to this scandal but didn’t spell out its details.

Full of astonishing chutzpah and basking in the praise of the liberal media, he had the personality of an arrogant MSNBC pundit.

A famously outspoken critic of the “greed” of Reaganomics and a self-appointed “social justice warrior,” Weakland had dipped into the pockets of the faithful to make the payment. Weakland used $450,000 from archdiocesan coffers to silence the disgruntled grad student. Later, at the time of his resignation, Weakland claimed that he had paid the money back, but even that proved untrue, as he admitted in a farewell address, “In my mind the money I had given the Archdiocese was more than the settlement amount. To my continued embarrassment, I now am told that is not true.” He was off by over $250,000.

The current Milwaukee archbishop, Jerome Listecki, has described Weakland’s disgraceful tenure in the most preposterous terms: “For a quarter of a century, Archbishop Weakland led the Archdiocese of Milwaukee, and his leadership embodied his Benedictine spirit.” What an insult to St. Benedict. Yes, Weakland belonged to the Benedictine order (and even led it as chief abbot in the late 1960s, which is a telling footnote to that era’s radicalism), but he was the least monkish prelate imaginable. Full of astonishing chutzpah and basking in the praise of the liberal media, he had the personality of an arrogant MSNBC pundit. He prided himself on his hatred of conservatives, calling pro-lifers “unloving” and Reagan guilty of irresponsibility, all while ripping off the faithful, brazenly violating his vows, and protecting similarly compromised priests.

“Sometimes not all adolescent victims are so ‘innocent.’ Some can be sexually very active and aggressive and often quite streetwise,” he once wrote in defense of pederasts. Weakland was notoriously sympathetic to abusive priests, keeping them in ministry for years. He later claimed that he did not know molestation was a crime. He wrote that he had subscribed to the “common view” that children “would not remember” sexual abuse or would “grow out of it.”

That an archbishop as shameless and reckless as Weakland still garners praise from his peers tells you all you need to know about the sad decline of the Church in America. For many years after his scandal, the Milwaukee archdiocese continued to call its offices the “Archbishop Weakland Center.” In fact, it was there that he gave a post-retirement interview to the New York Times in which he endorsed the “physical, genital” expression of homosexuality. Clearly trying to justify his own lifestyle in direct contradiction to official Catholic teaching and his own sacred vows, he complained, “If we say our God is an all-loving god, how do you explain that at any given time probably 400 million living on the planet at one time would be gay? Are the religions of the world, as does Catholicism, saying to those hundreds of millions of people, you have to pass your whole life without any physical, genital expression of that love?”

He played a decisive role in liberalizing the Church, pushing his fellow bishops to embrace left-wing politics and diluted theology.

The interview was beyond parody: a crooked and libertine prelate, still retaining all of his privileges, pushing open heresy while seated in a church office named in his honor. It is hard to find a more fitting picture of episcopal decadence. None of his “brother bishops,” of course, corrected him publicly for this appalling farce. Weakland gave the interview to the Times while hawking his coming-out memoir, A Pilgrim in a Pilgrim Church: Memoirs of a Catholic Archbishop. In it, he casually mentions his homosexual affairs and casts himself as the victim of what he described as a homophobic church under Pope John Paul II. His furtive hush money payout, he said, was due to the repressive atmosphere at the Vatican. “I suppose, also, being frank, I wouldn’t have wanted to be labeled in Rome at that point as gay,” he told the Times. “Rome is a little village.”

In other words, had he been able to come out to an accepting Vatican, he thinks that he could have kept the blackmailing grad student at bay. The student said that Weakland assaulted him in 1979 after he sought his advice on whether or not to enter the priesthood. Weakland concealed the scandal for over 20 years. During that period, he played a decisive role in liberalizing the Church, pushing his fellow bishops to embrace left-wing politics and diluted theology.

Sympathetic obituarists have described Weakland’s legacy as “complex.” No, it is sinister. He embodied, perhaps more than any other prelate besides Theodore McCarrick, the post-1960s ecclesiastical culture of heterodoxy and vow-breaking that has crippled the Church and eroded the credibility of the hierarchy. (READ MORE by George Neumayr: The Church Can’t Get Past McCarrick)

Naturally, Archbishop Listecki is planning a big funeral mass for Weakland next week at the Milwaukee cathedral, which will serve as yet another occasion for scandal and an insult to the faithful, who, if they bother to show up, should ask for interest payments on Weakland’s self-loan. We will hear more misleading rhetoric about Weakland’s “Benedictine spirit” and his dilettantish leftism disguised as “Catholic social justice.” The funeral will provide vivid confirmation that the bishops still don’t get it. No one can take their talk of “reform” seriously as long as they continue to honor reprobates who facilitated the abuse of children and made a mockery of Catholic discipline and teaching.