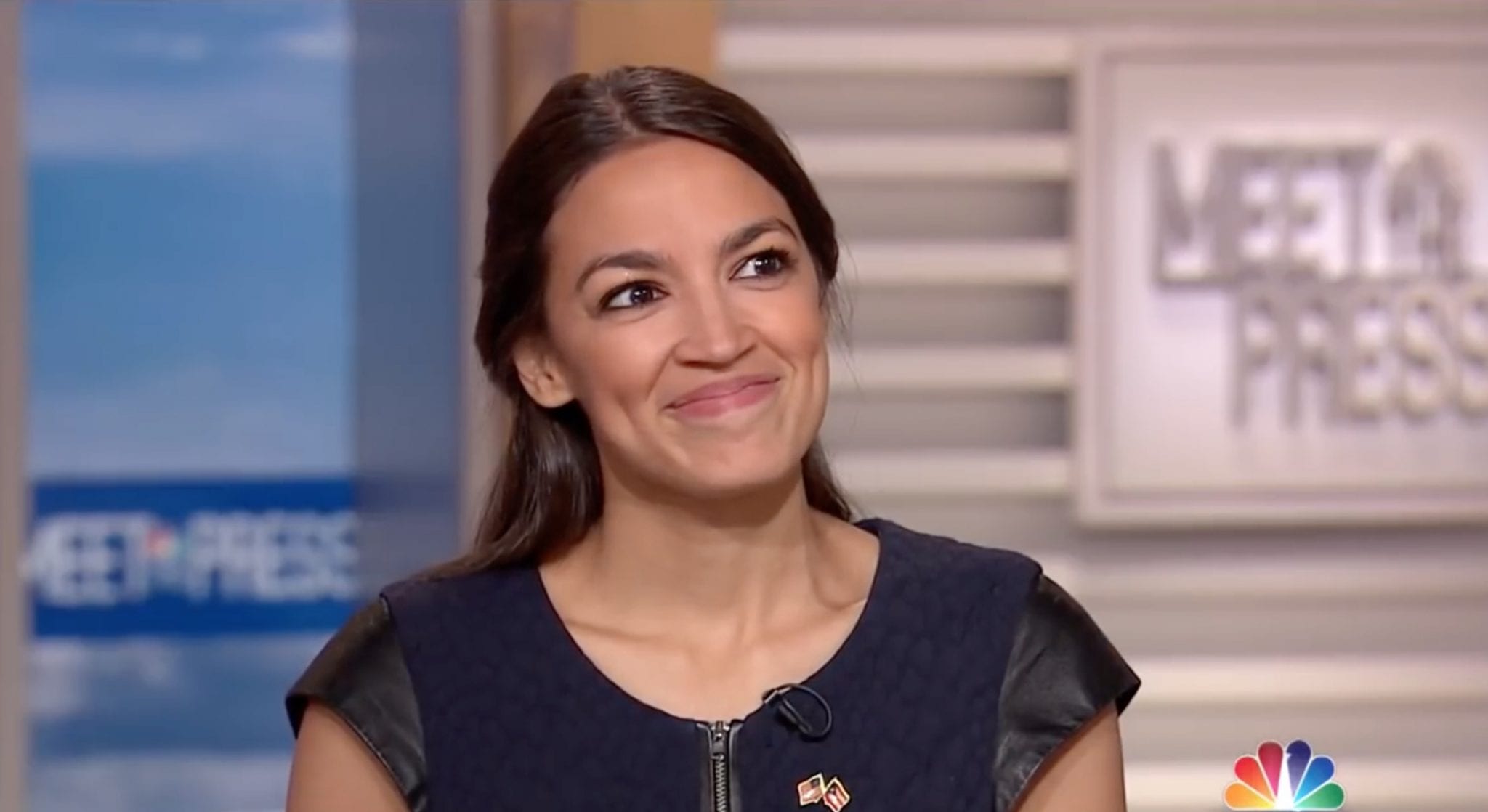 Since her surprise primary victory over 10-term Congressman Joe Crowley in New York’s 14th District, Alexandria Ocasio-Cortez has been promoted by the legacy media as the prototype of a new generation of young progressives destined to replace the leadership of the Democratic Party. Unfortunately for her media boosters, however, she keeps blowing her lines. It’s not just her rote advocacy of single-payer healthcare and guaranteed government jobs, or even that she backs wacky ideas like abolishing ICE and occupying airports — Ocasio-Cortez is genuinely clueless. She outed herself, in several recent interviews, as functionally illiterate in economics, international relations, and history.

During a PBS interview with Margaret Hoover, for example, Ocasio-Cortez was unable to provide a coherent answer to a softball economics question that could have been successfully fielded by any Econ 101 student at a community college. According to her campaign website she “earned degrees in Economics and International Relations” at Boston University. But, when Hoover asked her to comment on the low unemployment rate, Ocasio-Cortez revealed that she hasn’t a clue concerning how that statistic is calculated: “Well, unemployment is low because everyone has two jobs. Unemployment is low because people are working 60, 70, 80 hours a week and can barely feed their kids.”

As our hypothetical Econ 101 student might phrase it: What the hell is she talking about? The number of jobs people work doesn’t affect the unemployment rate. This can be verified at the Bureau of Labor Statistics website, where the calculation is explained as follows: “[T]his statistic reflects the number of unemployed people as a percentage of the labor force.” In June, the labor force totaled 162.14 million and there were 6.56 million people between jobs. Thus, the unemployment rate was 4 percent. Ironically, even if the number of people working multiple jobs was part of the unemployment calculation, Ocasio-Cortez’s claim that “everyone has two jobs” is absurd. The actual figure is 5 percent.

Ocasio-Cortez could have gotten away with that dumb comment about unemployment if she hadn’t further highlighted her ignorance with this observation: “I do think right now we have this no holds barred, Wild West hyper-capitalism.” She obviously has no idea how capitalism works in the United States, particularly with regard to the regulatory burden imposed on all types of economic activity by the federal government. Ocasio-Cortez would do well to read “Federal Regulation and Aggregate Economic Growth,” by John Dawson of Appalachian State University and John Seater of North Carolina State University, who write the following about our “no holds barred, Wild West” economic system:

Federal regulations added over the past fifty years have reduced real output growth by about two percentage points on average over the period 1949-2005. That reduction in the growth rate has led to an accumulated reduction in GDP of about $38.8 trillion as of the end of 2011. That is, GDP at the end of 2011 would have been $53.9 trillion instead of $15.1 trillion if regulation had remained at its 1949 level.

Incredibly, the various comments Ocasio-Cortez has made on unemployment and capitalism have been absolutely brilliant compared to her often conflicting effusions on international relations and history. When asked by Margaret Hoover what her position was on Israel, she endorsed a two-state solution and even recognized Israel’s right to exist, but didn’t have enough sense to stop talking. She went on to deliver herself of what Joe Lieberman accurately described in the Wall Street Journal as a “reflexive criticism of one of America’s great democratic allies”: “I also think that what people are starting to see, at least, in the occupation of Palestine is just an increasing crisis of humanitarian conditions.”

This betrays a profound ignorance concerning the history of the Middle East. First, there has been no “occupation of Palestine” by the Israelis for the simple reason that there has never been a nation-state by that name. “Palestine” is nothing more than a label assigned to the province created by the Romans after they crushed the last Jewish revolt against their domination of the region. That real estate had already been inhabited by Jews for centuries when Jerusalem was unsuccessfully besieged by the Assyrians in 701 B.C.E, an event independently attested in the records of the Assyrians themselves. Rabbi Andy Bachman tried to educate Ocasio-Cortez on Israel’s history before her botched PBS interview:

Jewish people have had a 3,000-year connection to the land. One can walk around Jerusalem’s ancient settlements that were inhabited by Jews from the era of King David to the prophet Isaiah; from Alexander the Great to King Herod and Jesus; through the pain of Roman exile and a thriving Diaspora; and finally to the modern era’s 19th-century Zionist movement, which revitalized the Hebrew language, established a state (through U.N. acclamation) and won independence in 1948.

Sadly, Ocasio-Cortez appears to be impervious to education and unable to articulate a consistent position on Israel. Her alleged support of Israel’s right to exist got her into hot water with her progressive comrades. She appeared on the leftwing “Democracy Now!” this week and was all but accused of changing her position just to get elected. The host pointedly asked, “Is there a difference between your position as an activist and as a candidate, particularly in the ability to be critical of human rights violations committed by Israel?” The candidate produced a word salad, but that didn’t satisfy her interrogator, who asked if she now favored a two-state solution. Ocasio-Cortez said she would “consult with activists.”

What’s going on here, of course, is the collision of empty rhetoric with reality. Until Ocasio-Cortez beat Joe Crowley in the Democratic primary, she was able to parrot the party line of the Democratic Socialists with no pushback. She was, to coin a phrase, preaching to the choir. Now people are asking her to move beyond slogans. This has revealed that she has never seriously considered her own positions and is stunningly ignorant about the issues. This is not unusual for a soi disant progressive, but she wants a seat in Congress. Will the voters of New York’s 14th District send her to the House of Representatives as a participation prize? Does she represent the future of the Democratic Party? I fervently hope so.