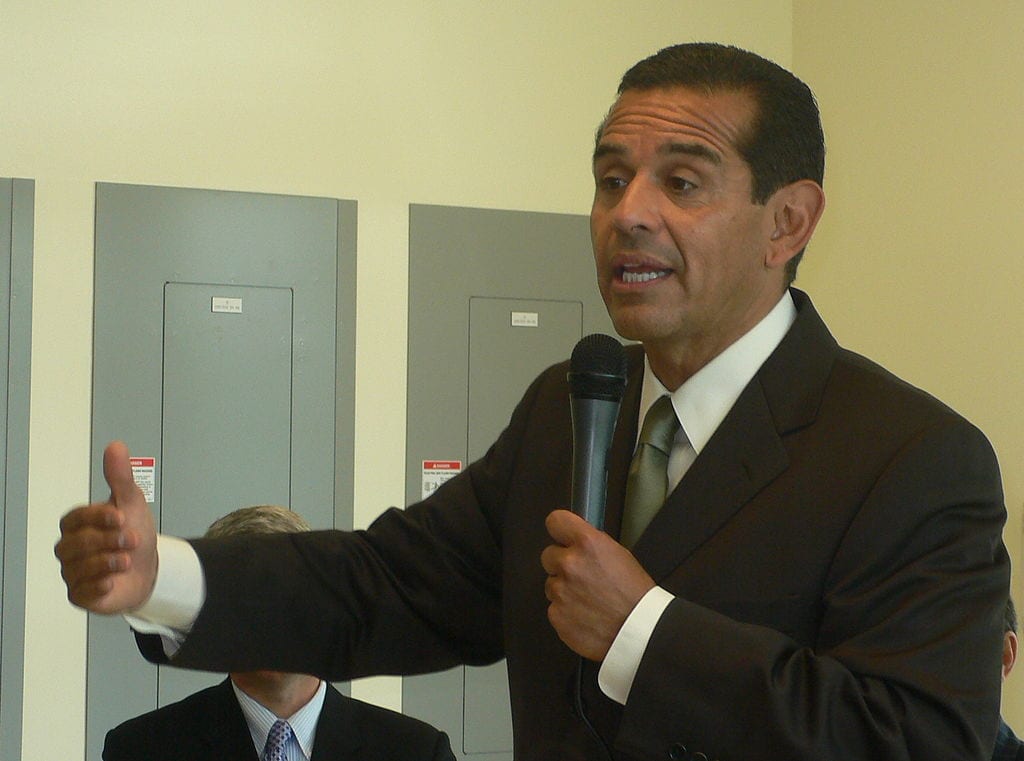 The Legislature is back in session and it’s strange to see the priorities of the state’s dominant Democrats. Assemblyman Ian Calderon of Whittier, for instance, introduced a bill that would forbid restaurants from handing out straws to their customers — unless the customers specifically ask for one. He pitched it as a way to “create awareness around the issue of one-time use plastic straws and its detrimental effects on our landfills, waterways, and oceans.”

On a more serious note, two Democratic legislators introduced a bill that would place an additional 7 percent surcharge on businesses with net income above $1 million. The bill is designed to claw back some of the savings that the Trump administration’s tax cuts have provided. “We’ve seen enough billionaire justice from the presidency,” Assemblyman Kevin McCarty told the Sacramento Bee.

California already imposes an 8.84 percent corporate tax rate. Yet the state’s leaders seriously think that Amazon might seriously consider a California location for its second headquarters. Then again, neighboring states are no doubt thrilled at the prospect of yet another exodus of job producers to fund our bloated budget. As I argued for the Spectator last week, Gov. Jerry Brown’s budgets have been setting spending records, but just wait until he is replaced by one of the latest crop of Democratic gubernatorial contenders.

Speaking of which, one of them — former Los Angeles Mayor Antonio Villaraigosa — said in a recent TV interview that he wants to bring back California’s redevelopment agencies. The end of “redevelopment” in 2012 was the only instance I’ve ever seen in this state where some abusive government bureaucracies had their power rolled back. This urban-planning tool has been creeping back since then, but it’s still troubling to mull a full-on return of this process.

“I will go to the Legislature and say that we’re bringing it back. I want to partner with you,” Villaraigosa told KUSI during a campaign stop in San Diego this week. “I’m going to organize mayors and council members from around the state to say we want our money back.” This would mean a return of agencies that are best known for dispensing corporate welfare, empowering planners and consultants, undermining property rights, and abusing eminent domain.

Most states have some version of redevelopment. These local agencies were formed in the 1940s to combat urban blight, but California’s were unsurprisingly more aggressive than in many other places. Local governments would form agencies that would create “project areas” targeted for renewal. First, the agency would declare the area to be “blighted” based on a wide set of criteria. Some of the blight findings over the years were ridiculous. A portion of one upscale city was declared “blight” because of some chipping paint. A rural enclave was blighted because of excess urbanization.

Then the agencies would float debt to pay for improvements in the area, which meant doling out subsidies to private businesses that promised to build new projects. Agencies claimed vast power to use eminent domain on behalf of those developers. It was bad enough when this process was justified to rebuild decrepit urban areas, but even worse after government officials discovered that redevelopment could be used as a tax grab.

It became a means for suburban cities to subsidize auto malls, shopping centers, big-box stores, and new “downtowns.” Under redevelopment law, the agency would receive “tax increment” to pay off the debt, which was incurred without any public vote.

Tax increment is the increase in property tax revenues that came after the new developments are in place. That money came at the expense of more traditional public services, such as schools, firefighting, and police. The state had to step in and backfill the lost resources, especially for public schools given a state constitutional amendment that requires around 43 percent of the general-fund budget to be earmarked for K-14 education.

The cities were mainly interested in the sales-tax revenue that came from those shopping centers, given that sales taxes are discretionary funds that can be used in myriad ways. I covered many cases of small property owners who were driven off their land to make way for another private business. In one outrageous example, Garden Grove wanted to bulldoze a middle-class neighborhood so that it could market the land to a theme-park developer.

That project was stopped, but it showcased how property decisions had shifted from individuals and private business owners to government bureaucrats. Redevelopment and the use of eminent domain was the subject of an infamous 2005 U.S. Supreme Court case, Kelo v. City of New London. Unfortunately, the court upheld the use of eminent domain for “public benefit” rather than the traditional “public use.” Anything an agency deemed to be a benefit (e.g., a tax windfall from a new shopping mall) became an allowable use of the state’s police powers.

Justice Sandra Day O’Connor offered a stinging dissent: “Any property may now be taken for the benefit of another private party, but the fallout from this decision will not be random. The beneficiaries are likely to be those citizens with disproportionate influence and power in the political process, including large corporations and development firms. As for the victims, the government now has license to transfer property from those with fewer resources to those with more.”

To its credit, the Brown administration shut down these agencies. It wasn’t out of any apparent concern about property rights, but because the agencies siphoned away 13 percent of the state budget. We were in a time of fiscal crisis and that money was needed to balance the budget. I’m fine if politicians do the right thing, even if they do it for the wrong reasons.

Sure, it’s depressing watching legislators raise taxes and regulate our lives down to the straws we use in our cola. But it’s unconscionable to try to bring back these abusive agencies. Villaraigosa’s words haven’t even gained much attention, which is yet another reminder of how lackadaisical Californians have become to the continual loss of our freedoms.