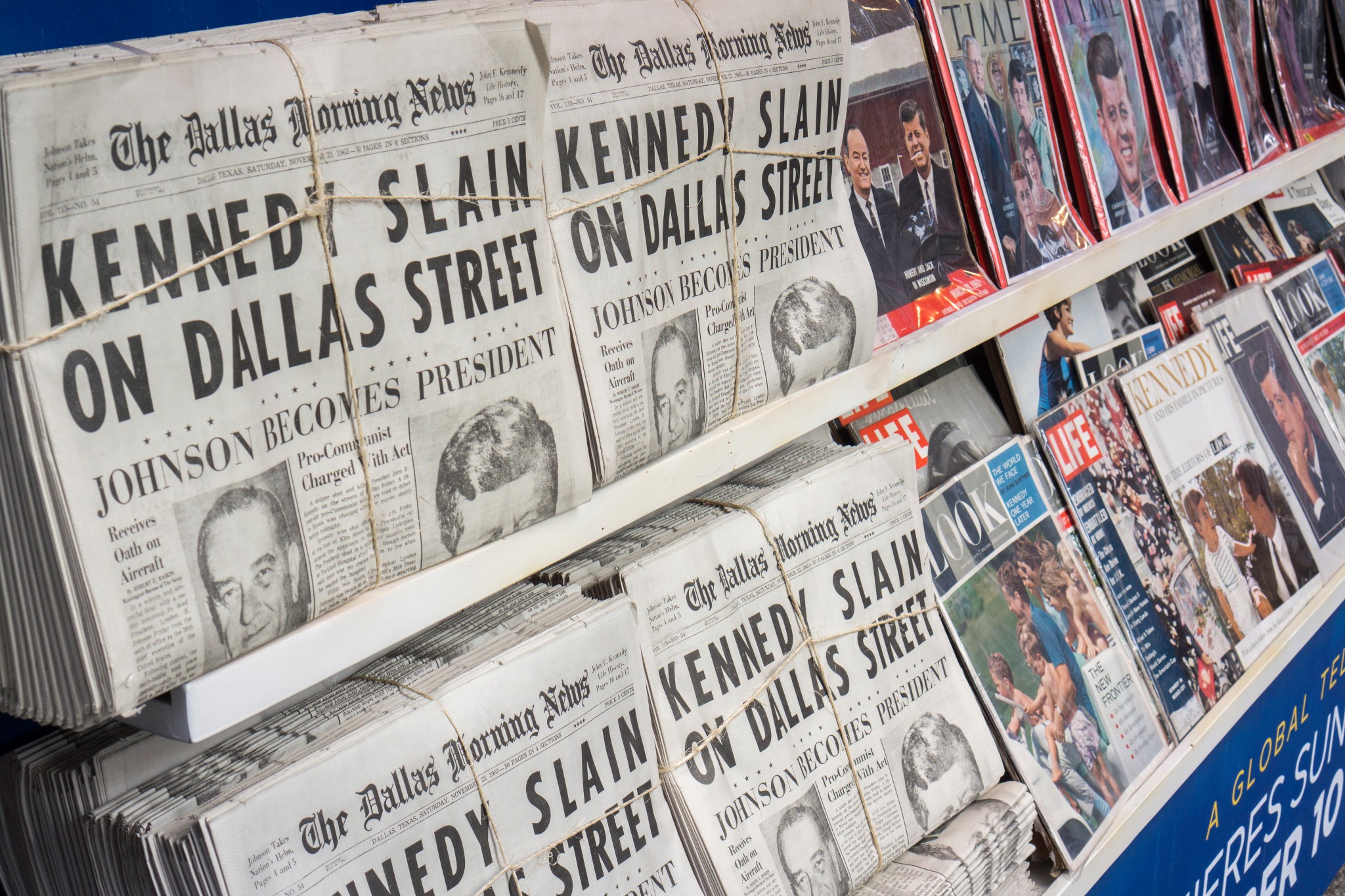 The ghostly visage of James Jesus Angleton appeared on the front page of the Washington Times on Jan. 3, 2023, in a story by reporter Bill Gertz about newly released documents related to the assassination of President John F. Kennedy and the Central Intelligence Agency’s internal disputes over the “bona fides” of two Soviet defectors, Yuri Nosenko and Anatoliy Golitsyn. The newly released documents, Gertz notes, include interviews with James Jesus Angleton, the legendary head of CIA counterintelligence from 1954 to 1974.

The formerly classified documents, Gertz writes, relate to the Kennedy assassination and Angleton’s efforts to find Soviet agents whom he believed had penetrated the CIA. Angleton testified before the Rockefeller Commission in 1975. He had been fired from the CIA in December 1974. Angleton provided the commission with his reasons for believing Golitsyn’s charge that Nosenko was a “false” defector sent to the United States to discredit Golitsyn and other “real” Soviet defectors. Angleton called Golitsyn “probably without question the most major defection since World War II as far as Soviet intentions, Soviet organization and Soviet operations are concerned.”

Both Golitsyn and Nosenko provided some valuable information to intelligence officials in the United States and Britain. They both defected in the early 1960s, and Nosenko’s information included assurances that Lee Harvey Oswald was not acting as a Soviet agent when he shot President Kennedy. Gertz notes in his article that one of the newly released documents is a memorandum from counterintelligence officer Tennant Bagley that noted that Oswald met in October 1963 with Valeri Kostikov, a KGB agent in the 13th Department, which dealt with “sabotage and assassination.” A month later, Oswald, who had previously defected to the Soviets, shot and killed the president in Dallas. And Gertz reports that Angleton told the commission that “There are too many leads” about the Oswald-Soviet connection that “were never followed up.” “I don’t think the Oswald case is dead,” Angleton said.

Angleton, who worked in the Office of Strategic Services during the Second World War, knew that Soviet disinformation and deception operations frequently used agents to provide Western intelligence organizations with valuable information to establish their bona fides. And he knew personally how successful the Soviets could be, having been duped by British spy Kim Philby early in the Cold War. Angleton called Soviet deception-infiltration operations a “wilderness of mirrors.” He approached his counterintelligence job by presuming that all potential Soviet defectors were “double agents,” and he refused to accept what they said until his counterintelligence unit established a defector’s bona fides. For nearly a decade, the CIA was riven by the Golitsyn-Nosenko affair. Angleton and others within the counterintelligence staff (and some in British intelligence) sided with Golitsyn. Others in the CIA believed Nosenko was a “real” defector.

Gertz describes Angleton as a “towering figure in intelligence circles among supporters and detractors, a shadowy master counterspy who became the subject of novels and nonfiction for decades.” One of those novels was written by William F. Buckley Jr. and was titled Spytime: The Undoing of James Jesus Angleton. (Buckley served briefly in the CIA). Nonfiction books include David Martin’s A Wilderness of Mirrors, Tom Mangold’s Cold Warrior, Jefferson Morely’s The Ghost: The Secret Life of CIA Spymaster James Jesus Angleton, and Edward Jay Epstein’s James Jesus Angleton: Was He Right? The latest nonfiction book about Angleton, Spies and Traitors, authored by Michael Holzman, was released in late 2021.

Most of those books are anti-Angleton and pro-Nosenko, but Epstein is pro-Angleton and Holzman keeps an open mind, recognizing Angleton’s considerable merits as well as his flaws. And in the end, Angleton lost the battle. Nosenko’s bona fides were established and Angleton was fired by the new CIA director, William Colby. Epstein interviewed both Nosenko and Angleton for his book and determined that Angleton was probably right based on his review of the evidence. The CIA was likely penetrated. Questions about Oswald’s Soviet connections still exist. But Angleton’s search for moles weakened the CIA, especially its counterintelligence unit.

Holzman notes that KGB archival evidence, including a letter from KGB chief Yuri Andropov to Soviet leader Leonid Brezhnev indicates that the KGB in 1967 recruited 64 agents who “possessed operational capacities for work against the USA” and included 31 agents in “the enemy’s intelligence” agencies. Holzman believes that Angleton’s approach to counterintelligence was correct and probably succeeded in defending the CIA against further Soviet penetration efforts.

Why does any of this matter today? Because we are dealing with another communist enemy based in Beijing that French investigative reporter Roger Faligot calls the 21st-century successor to the Soviet KGB. The Guoanbu (Ministry of State Security) is the sword and shield of the Chinese Communist Party. Its intelligence tentacles — just like the old KGB’s — extend to every country in the world, including China’s “main enemy,” the United States. Faligot notes that China’s intelligence activities include cyber warfare, cultural infiltration, economic and political espionage, and the “massive siphoning of … scientific and technological intelligence” from the United States and other nations. In another page-one story in the Washington Times, Gertz reports today that China’s “strategic breakout” in nuclear missiles and warheads resulted from espionage and “nuclear cooperation” with the Clinton administration in the 1990s. Presumably, China’s spies include “agents of influence” within the United States government.

Effective counterintelligence is needed now more than ever.

What George Will Gets Wrong About Russia and China