by Ben Stein
A statue of Homer (Markara/Shutterstock.com) 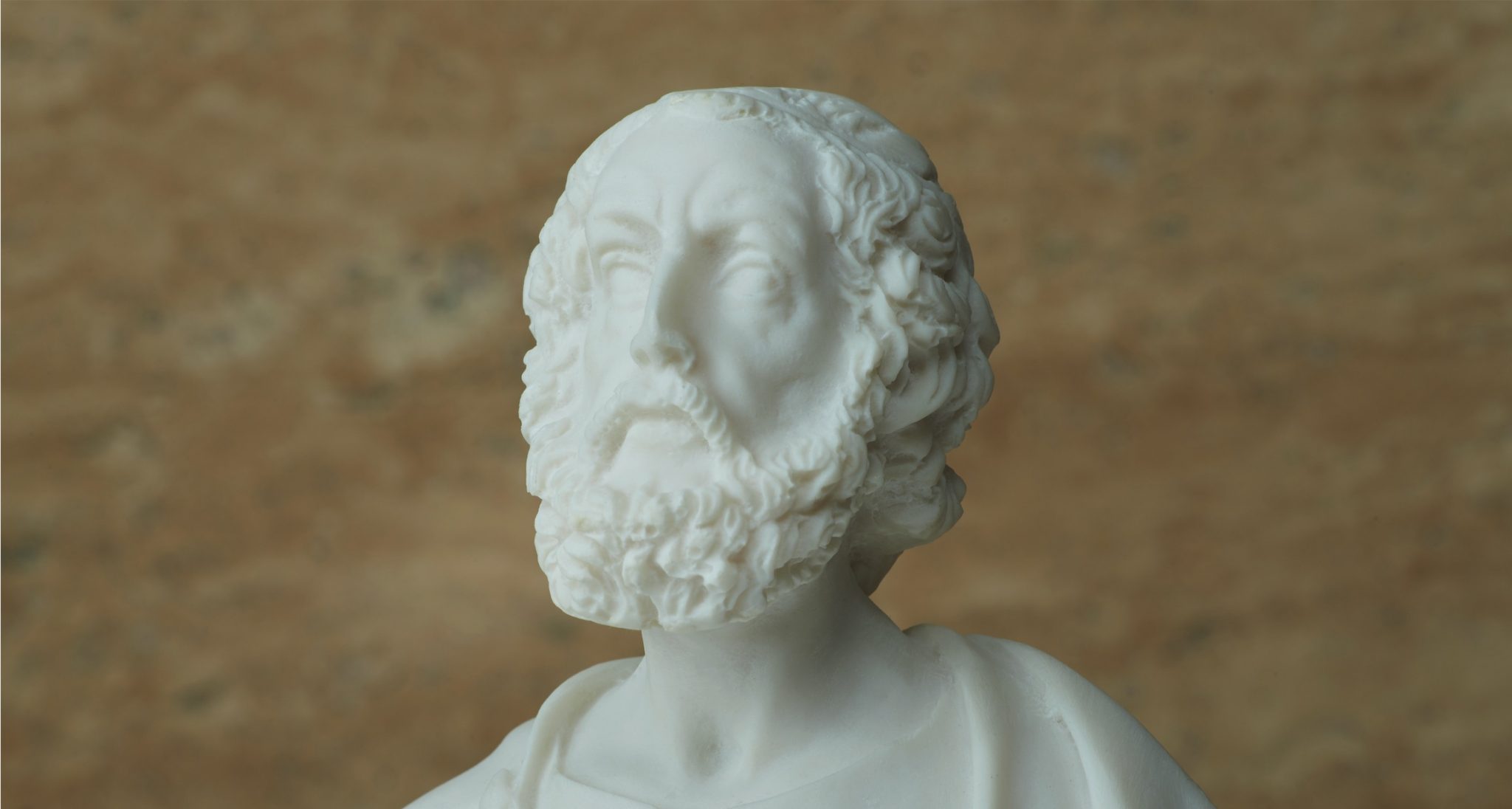 Happy Rosh Hashanah. That’s the Jewish New Year. And for us Jews in America in 2020, it’s likely a miraculously happy new year. Usually, I awaken feeling insanely depressed and sad. It’s become standard for me. I worry about politics. I worry about personal finance. I worry about the people I love, especially my wife, whose health has been better lately, but it’s still far from good.

But last night, something spectacularly good happened. We had been in Rancho Mirage for about a week at our house with its swimming pool. I had a great time. A very close friend suggested I reread Homer’s Iliad, and I started reading it in the car on the way back to L.A. (Obviously, I was not driving.) The book is so glorious, so captivating, that I was just in transports of joy reading it.

Originally, I read it a very long time ago and I had forgotten most of it. But when I read it yesterday, the experience of reading it on a park bench in Sligo Creek Park in Silver Spring, Maryland, came rushing back to me. What a genius Homer was. How perfectly he captured the failures of both mortals and gods. I could almost smell the new-mown grass of Sligo Creek Park as I read it. My friend who had shown it to me has done me a great service.

When we got back, we watched a two-hour Ken Burns documentary about Thomas Jefferson. What a freaking genius this guy was. Most consider him our most intelligent president. He wrote most of the Declaration of Independence. He did the Louisiana Purchase. He resolved many constitutional crises.

Yet even he, even Jefferson, whom JFK rated as the most brainy president, did some astonishingly questionable things. He owned a lot of slaves and worked them hard. When he needed money, he sold them “down the river” to where they were presumably worked even harder. He wrote repeatedly that slavery was a moral evil, yet he did not free his slaves.

He probably had at least one mulatto young woman as his mistress and had several children with her. He did not just buy the sexual services of this woman. He owned her, lock, stock, and barrel. He could do anything he wanted with her. Yet she was a human being, and Jefferson had written that all men are created equal. He obviously did not quite consider her a human being. And this was Jefferson, our founding father.

DNA testing has confirmed that the descendants of the slave woman were indeed related to Jefferson. Some scholars say that it was Jefferson’s brother or maybe a nephew who was keeping the slave woman, Sally Hemings, and maybe that’s true.

And it’s also undisputed that Jefferson was terribly over the top in his personal spending. Despite owning an immense plantation, he was always hard up. He was insolvent for much of his later life, and when he died, Monticello fell into ruin.

These were both sad and immensely uplifting for me. I spend a lot of my life in self-criticism over my many failings. As I watched the fine documentary, I felt much better about myself. If Jefferson could make mistakes, why then so could I. I am a pitiful shadow of the intelligence of Jefferson, and I should not be angry at myself as much as I am.

That by itself made me feel better this morning. But it was also my thinking about Jewish New Year and how blessed we Jews are to live in the USA. Instead of being locked in ghettoes and starved to death, we live in the same kinds of homes that other Americans live in. No one is sending the Cossacks to beat us, rape our women, and steal our lives. Instead of the SS killing us on sight, the police here are our friends. They protect us. They don’t kill us.

This morning, I thought about how I had three very distant cousins who were killed by the Nazis or their friends. They were related to me. But I get to wake up and smell the air of freedom and abundance.

In my family, it’s even better than that. Some of my ancestors came from Eastern Europe. I do not know what they did there or how they lived. I don’t have the faintest idea. (They were long before my grandparents.) But they surely did not live in stucco houses with palm trees and jacarandas and a swimming pool. They could not possibly have had Skuna Bay salmon, world’s most delicious food, any time they wanted it. They surely did not have air conditioning.

My grandfather on my mother’s side was a small businessman who died very young. My father’s father was a brave cavalryman in the U.S. Army fighting in the Philippines. (Fascinating because so many of the men and women who work for me in this house are Filipinos.) But after that, he was a skilled tool and die maker at Ford Motor (unusual for a Jew) and then the same at General Electric in Schenectady, New York. He was unemployed throughout most of the Great Depression. But he never lost his love for the United States of America or his gratitude for living here.

My mother went to Barnard College in New York and, even as a very young woman, debated against the communists on the Columbia campus. My father worked his way through Williams College, a school then for rich kids, sometimes washing dishes at a frat house that did not admit Jews or Blacks or Asians. He never for an instant lost his love for this glorious America.

Nor did he ever throw it in my face that he had to wash dishes at a strictly anti-Jewish fraternity to go to school, while I did not ever have to work at school and lived the life of a playboy. (I did work at summer jobs, though none was anywhere near as difficult as washing dishes in an un-air-conditioned basement kitchen.)

What incredible privileges I have had. I am an idiot if I don’t spend much of my day on my knees with gratitude. Yes, I make terrible mistakes. No doubt about that. But I don’t have slaves. I didn’t knock up a slave and then not acknowledge the child. People make mistakes. My father was incredibly good with money compared with me. But even he made bad mistakes and “unforced errors,” as Warren Buffett calls them.

So, it’s Rosh Hashanah, and I am insanely blessed to live in America.

I am extremely worried about the election. I see it as a choice between a party and its leaders who hate America and hate the white people of America, and a party that loves America and wants it to be as good for all people of every race as humanly possible. It’s almost unbelievable that the Democrat candidate, clearly not in decent shape mentally, clearly confused about who he is or where he is, an empty vessel who is simply the front man for Black Lives Matter and other unfortunate groups, is backed wholeheartedly by the major media outlets, the major academic entities, and wildly successful men and women who live in the lap of free enterprise luxury, who enjoy the freedom of speech that is our birthright, and use that freedom of speech to deprive others of their freedom of speech.

There is no Joe Biden. There’s a smiling/frowning face on billboards and on TV, and behind it there are terrifying people. I don’t understand why the American voter doesn’t just ask himself or herself a simple question: Whom would you feel safer with? A policeman or a rioting/looter/assassin of the police? That should not be difficult to answer.

Meanwhile, I treasure every moment of freedom we have left.