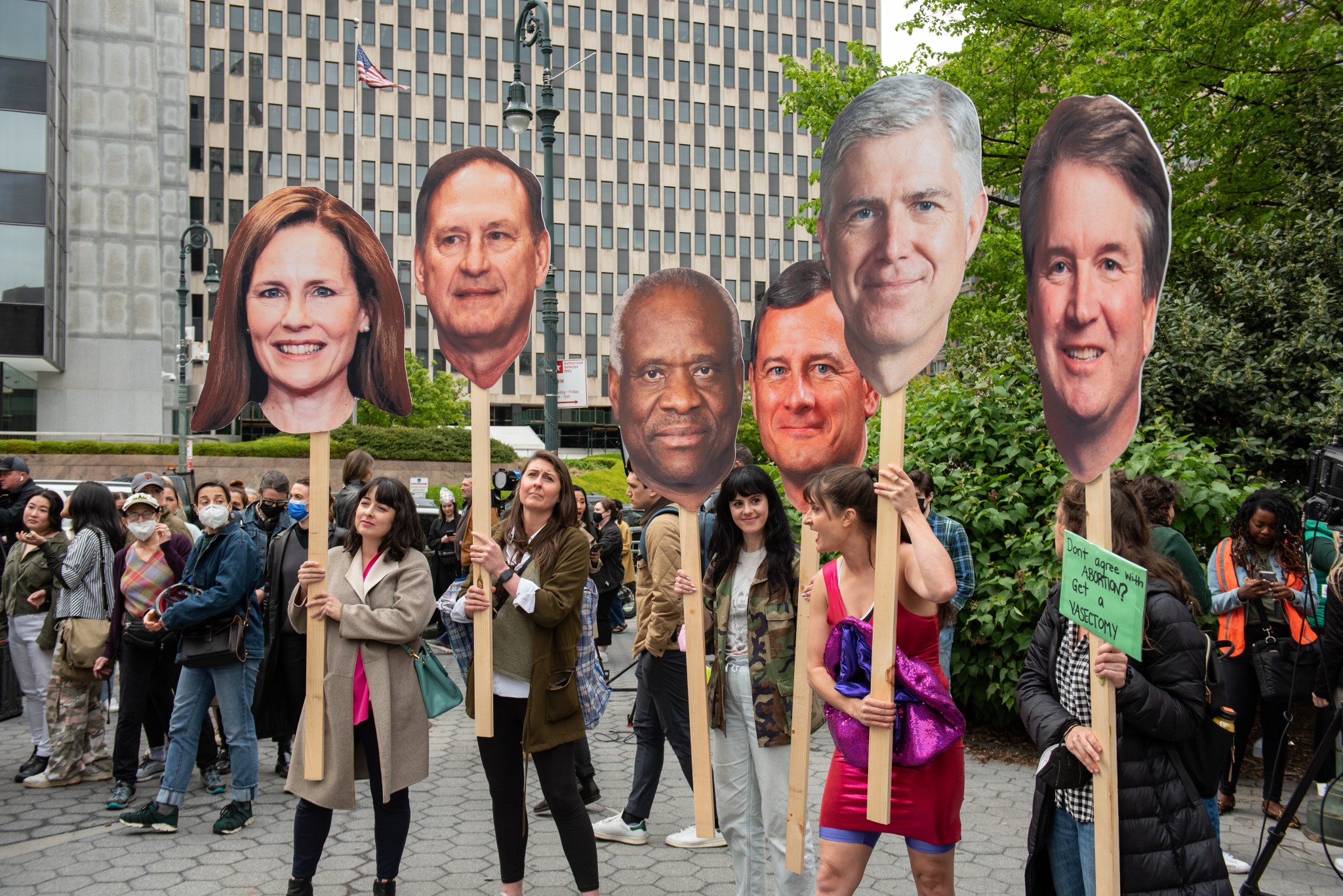 As Democrats fire up the social outrage machine to unheard decibels in an attempt to smash the Supreme Court’s independence following the leak of Justice Samuel Alito’s draft majority opinion in Dobbs v. Jackson Women’s Health, it’s time for Republicans to fight back more effectively.

We need more, and better, offense. As the adage advises, you don’t bring a knife to a gunfight. Democrats are assailing the institutions which underpin and define our democracy. It’s time to wheel out the howitzers and other heavy weapons — rhetorically speaking, of course.

Senate Minority Leader Mitch McConnell, an honorable man and brilliant political tactician who deserves massive props for helping to create a conservative majority in the High Court, was right to condemn the leak on the Senate floor.

He should also condemn his Democratic colleagues, who are celebrating the leaker, and President Joe Biden, who wrongly derided Alito’s opinion as “radical.” Alito isn’t a radical. His opinion isn’t radical. The Democrats are radical.

Taking the fight to them means speaking truth to liberal power. Ask voters why one of the few — maybe the only — industries Democrats don’t want to wrap up in red tape and throttle with costly regulations is one that profits from killing innocent and defenseless human lives.

Remind Americans that progressives want to dox, cancel, ostracize, marginalize, and otherwise make life miserable for anyone who offends liberal sensibilities on race and other sensitive subjects.

Reinforce that Democrats’ priorities and policies aren’t supported by the average American — whether it’s abortion on demand; soft-on-crime policing that unleashes mayhem on our communities; mandating that biological men be allowed to compete in women’s sports; sanctioning the mutilation of young people’s bodies in “gender-affirmation surgeries”; indoctrinating children with CRT and 1619 lies; building a European-style entitlement state; opposing educational choice and opportunity to appease the teacher union lobby; or unleashing the political war on fossil fuels that has yielded $5+ gallon gas and fueled Vladimir Putin.

Here’s some free advice applicable to many Republican policymakers and officeholders: Stop prefacing criticisms of destructive Democratic policies by saying that they “may be well-meaning, but” or “your heart is in the right place, yet.”

Progressives don’t deserve such graciousness — which, in any case, they rarely reciprocate. And besides, they really aren’t well-meaning.

This doesn’t mean asking supporters to confront and harass Biden administration officials in public places so as to draw a crowd — as California Rep. Maxine Waters urged the public to do to Trump officials. GOP activists shouldn’t follow politicians into bathrooms and yell at them through closed toilet stalls — as social justice bots did to Arizona Sen. Kyrsten Sinema.

Instead, they should confront at every opportunity the lies and distortions being thrown at Alito’s presumptively majority opinion — one which promises to correct the legal abomination that was, and is, Roe v. Wade.

As Alito’s lucid, thorough, and intellectually honest opinion observes, Roe “usurped the power to address a question of profound moral and social importance that the Constitution unequivocally leaves for the people.”

Get over it, libs. The Founder’s Constitution does not contain a right to abortion — explicitly or implicitly.

Unlike some other rights, the “right” to abortion is not “deeply rooted in [our] Nation’s history and traditions” — the legal test for determining whether the 14th Amendment recognizes an asserted constitutional right not mentioned in the Constitution’s text.

How could it be? As Alito fleshes out, “an unbroken tradition of prohibiting abortion on pain of criminal punishment persisted from the earliest days of the common law until 1973” — a tradition that an activist Supreme Court glossed over in Roe v. Wade.

Republicans should go on offense, using the Democrats’ baseless, unhinged attacks on the Court against them.

Yes, the GOP has its share of charlatans, loonies, and — most troublesome of all — self-proclaimed limited-government conservatives who wilt at historic opportunities to roll back entitlements and enact conservative reforms.

That said, the Democratic Party itself is crazy. Its values are crazy. Many of its leaders, and main movers and shakers, are crazy people.

If a Republican stood outside the Supreme Court, yelling and shaking while characterizing a legal ruling she disliked a result of the other side’s “plotting,” as Sen. Elizabeth Warren did earlier this week, the Democratic press, along with all of the sanctimonious, unfunny late-night talk show hosts, would have a field day.

We don’t have the media. But if the Republican National Committee is not at this moment featuring the latest rant from the lying demagogue from Massachusetts in fundraising messages, someone should be fired for political malpractice.

Despite the setbacks and years of failed challenges, it appears that the colossal mistake of Roe v. Wade, which has done so much to embitter and sour our political discourse, is being sent to where it belongs — the garbage bin.

Many have fought and hoped for this moment. Some are no longer with us. It’s a testament to the conservative legal movement, which has helped support and advance judges who believe in the rule of law and the proper role of the Court within our constitutional scheme.

As Republicans contemplate the fractures and divisions within the party, we should also stop and think about how this Court majority, assuming it holds in the face of the left-wing mob, will consist of judges appointed by each of the last three Republican presidents.

What unites us is greater than what divides us. Anything is possible, so long as we’re willing to fight.

Ken Sondik, an attorney in Zionsville, Indiana, can be reached at kensondik@sondiklaw.com