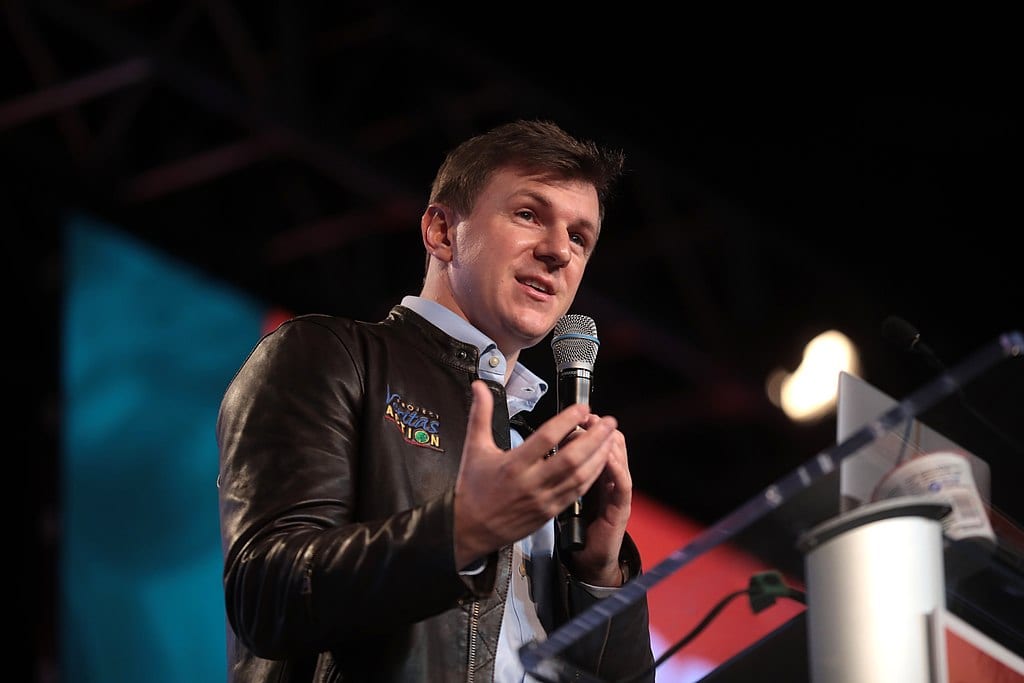 Well. Shocking… but not shocking at all.

Project Veritas and founder James O’Keefe have scored a scoop from an identified Google whistleblower, replete with video and inside documents. Here’s the Project Veritas headline and story:

(New York City) — Project Veritas has released a new report on Google which includes undercover video of a Senior Google Executive, leaked documents, and testimony from a Google insider. The report appears to show Google’s plans to affect the outcome of the 2020 elections and “prevent” the next “Trump situation.”

“Elizabeth Warren is saying we should break up Google. And like, I love her but she’s very misguided, like that will not make it better it will make it worse, because all these smaller companies who don’t have the same resources that we do will be charged with preventing the next Trump situation, it’s like a small company cannot do that.”

“This is the third tech insider who has bravely stepped forward to expose the secrets of Silicon Valley. These new documents, supported by undercover video, raise questions of Google’s neutrality and the role they see themselves fulfilling in the 2020 elections.”

Jen Gennai is the head of “Responsible Innovation” for Google, a sector that monitors and evaluates the responsible implementation of Artificial Intelligence (AI) technologies. In the video, Gennai says Google has been working diligently to “prevent” the results of the 2016 election from repeating in 2020:

“We’re also training our algorithms, like, if 2016 happened again, would we have, would the outcome be different?”

So with all those investigations into interference by Russians in the 2016 election — will there be a congressional investigation into Google? In fact, Google executive Gennai already has an answer on what happens when Congress requests Google execs to show up for a hearing:

The anonymous Google insider, whose identity and voice were shadowed and changed to protect him, also said in his detailed interview with O’Keefe that the Google-owned YouTube has deliberately targeted Dennis Prager’s “Prager U” and conservative talker Dave Rubin for content suppression because they are “right-wing.” Not to put too fine a point on this, but in some real time searching the contents of YouTube and just what the heck is on there one of the answers is — pornography. Lots of it. Suffice to say Prager U and Dave Rubin would seem to be the least of the site’s content problems.

As noted in this space a while back, Google was revealed by the Daily Caller to have blacklisted The American Spectator and several other conservative sites.

Not only is Google about blacklisting, an internal document, found here, makes it plain that basic facts will be manipulated to fit the far left wing’s social justice agenda. The document says this: “If a representation is factually accurate, can it still be algorithmic unfairness?”

“algorithmic unfairness” means unjust or prejudicial treatment of people that is related to sensitive characteristics such as race, income, sexual orientation, or gender, through algorithmic systems or algorithmically aided decision-making.”

By way of example the document says:

… imagine that a Google image query for “CEOs” shows predominantly men. Even if it were factually accurate representation of the world, it would be algorithmic unfairness because it would reinforce a stereotype about the role of women in leadership positions.

Got that? Facts — reality — are “algorithmic unfairness” if they do not promote the far left wing’s social justice agenda. Identity politics is all.

What we have here with this newest undercover work from Project Veritas is exactly what the Google whistleblower says it is: fascism. Fascism straight up. The Googler compares what’s going on inside Google to the famous George Orwell 1949 novel Nineteen Eighty-Four. Recall that Orwell’s book originated the concept of “doublethink,” defined this way, bold print for emphasis supplied:

The power of holding two contradictory beliefs in one’s mind simultaneously, and accepting both of them.… To tell deliberate lies while genuinely believing in them, to forget any fact that has become inconvenient, and then, when it becomes necessary again, to draw it back from oblivion for just as long as it is needed, to deny the existence of objective reality and all the while to take account of the reality which one denies — all this is indispensably necessary. Even in using the word doublethink it is necessary to exercise doublethink. For by using the word one admits that one is tampering with reality; by a fresh act of doublethink one erases this knowledge; and so on indefinitely, with the lie always one leap ahead of the truth.

All of this kind of fascistic-type behavior is drawing the attention of Congress. Considering the free speech implications, it will have to tread very carefully. But without doubt, this report from Project Veritas will make an impact on a discussion about the clear intent of Google to use its size and massive technology to manipulate the 2020 election.

Whomever this Google whistleblower is, he has done his country a tremendous service. The question now is — what to do about it.