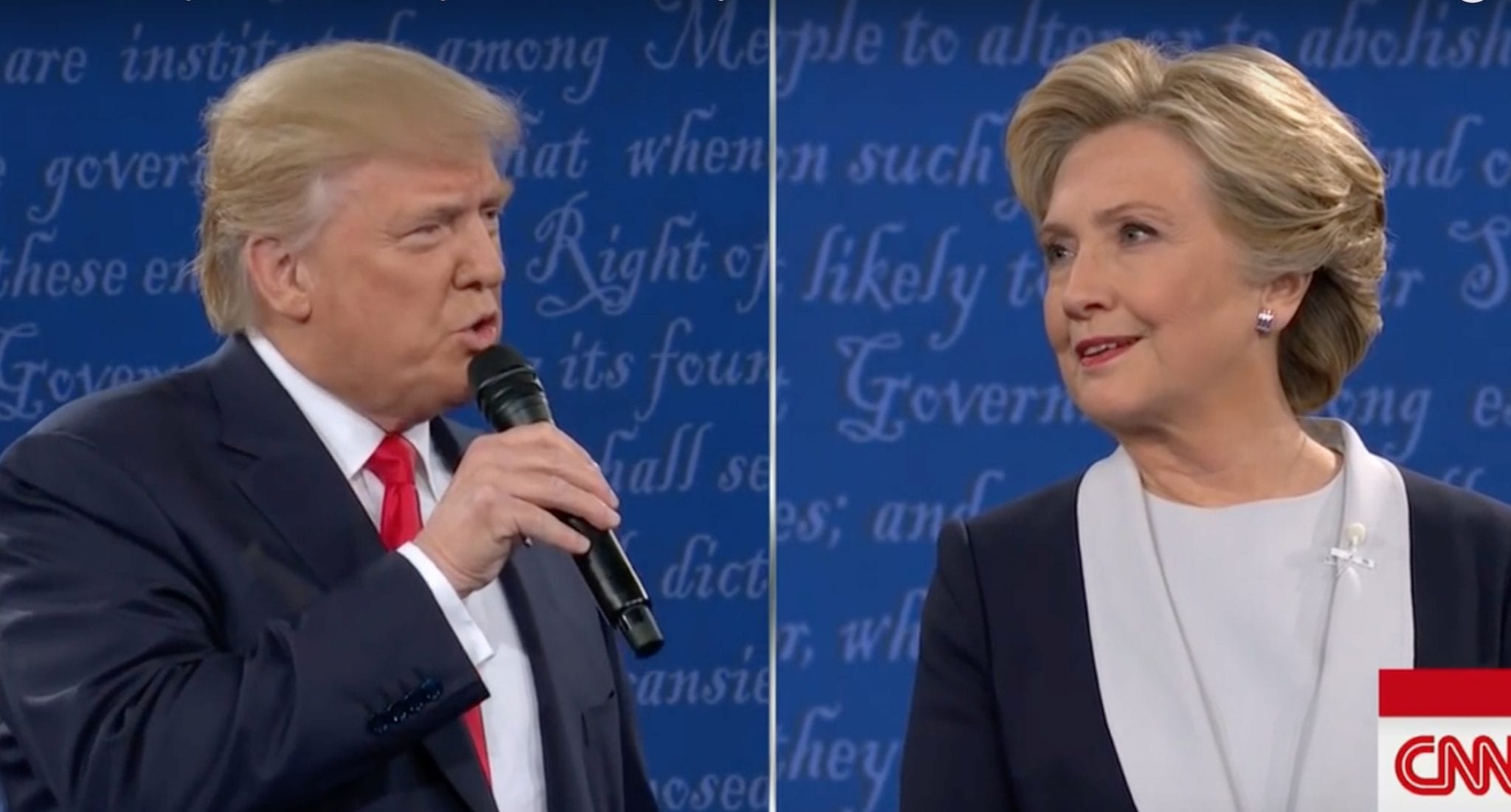 A lot of Americans are justifiably angry that disgraced FBI official Andrew McCabe is doing a book tour rather than a stretch in some federal penitentiary. He has committed perjury on multiple occasions, participated in an attempt to alter the outcome of a national election, and colluded with other rogue bureaucrats to remove a duly elected president from power. But there is a bright and shiny silver lining to this dingy cloud of deep state skullduggery — Donald Trump still resides in the White House while Hillary Clinton stumbles around her Chappaqua mansion in a muumuu hugging a fifth of Glenfiddich.

It is, of course, galling to watch a disreputable character like McCabe treated like Nathan Hale on 60 Minutes and generally feted by the Fourth Estate, but there is only one way it could have been avoided — the election of a criminal to the presidency. Think about this for a moment. If Hillary Clinton had been elected President, it is probable that few Americans would be able to identify Andrew McCabe. Even worse, the outrageous corruption that characterized his career and the crimes of his co-conspirators would have been covered up by her administration, with the enthusiastic assistance of the media.

In other words, enduring McCabe’s ephemeral celebrity is a small price to pay for avoiding the nightmare of a Clinton presidency. This piece is being written on what we now call “Presidents Day,” a national holiday that originated as a celebration of George Washington’s birthday.  It’s useful to recall a maxim used by Washington in a 1794 letter to a friend: “Truth will ultimately prevail where pain is taken to bring it to light.” The comments made on CBS’s Face the Nation by GOP Senator Lindsey Graham, Chairman of the Senate Judiciary Committee, suggest that pains will be taken to bring the truth to light:

“We’re going to find out what happened here and the only way I know to find out is to call the people in under oath and find out, through questioning, who’s telling the truth because the underlying accusation is beyond stunning,” he said, having earlier noted, “there’s an allegation by the acting FBI director at the time that the deputy attorney general was basically trying to do an administrative coup, take the president down through the twenty-fifth amendment process.”

Graham’s comments were prompted by McCabe’s claim, during a 60 Minutes interview, that Deputy Attorney General Rod Rosenstein raised the possibility of invoking the 25th Amendment against the President shortly after FBI director James Comey was fired: “Discussion of the 25th amendment was simply Rod raised the issue and discussed it with me in the context of thinking about how many other cabinet officials might support such an effort.” McCabe is hardly a paragon of veracity, of course, but his claim is consistent with the congressional testimony of former Justice Department lawyer James Baker last fall:

I was being told by some combination of Andy McCabe and Lisa Page, that, in a conversation with the Deputy Attorney General, he had stated that he — this was what was related to me — that he had at least two members of the president’s Cabinet who were ready to support, I guess you would call it, an action under the 25th Amendment.… I had the impression that the deputy attorney general had already discussed this with two members in the president’s Cabinet.

Rosenstein promptly denied the claim as “inaccurate and factually incorrect,” but his statement is oddly Clintonesque. He never actually denies the accounts provided by McCabe or Baker. He never says that he didn’t discuss removing Trump via the 25th Amendment. Instead, he belabors the obvious: “As the Deputy Attorney General previously has stated, based on his personal dealings with the President, there is no basis to invoke the 25th Amendment, nor was the DAG in a position to consider invoking the 25th Amendment.” This word salad studiously avoids any reference to whether he discussed it with anyone.

Rosenstein and McCabe have a history of mutual mistrust. The Washington Post reported last October that each urged the other to step aside from involvement in the Mueller investigation. McCabe said Rosenstein was compromised because he wrote the memo used by the Trump administration to justify Comey’s termination. Rosenstein believed that McCabe had a conflict of interest involving his wife’s Virginia state senate campaign, which was financed by Clinton bag man Terry McAuliffe. This is the pit of vipers William Barr must clean up during his second stint as the nation’s attorney general.

McCabe has long since been fired, of course, and Rosenstein is expected to leave now that Barr is taking over the DOJ. It’s obviously a good thing that we’ll have an honest man running the Department of Justice, supervising the moribund Mueller investigation, and removing what remains of the anti-Trump cabal. But what legal consequences will these people face? Former Congressman Jason Chaffetz writes that McCabe should go to jail. In a column for Fox News titled, “FBI’s Andrew McCabe should be on trial, not a book tour,” Chaffetz points out that McCabe knew all the rules and blithely disregarded them:

Andrew McCabe lied multiple times to federal investigators. That was the official finding in February 2018 of a scathing 39-page report by the Department of Justice (DOJ) Office of the Inspector General. They found McCabe, then Deputy Director of the Federal Bureau of Investigation (FBI) “lacked candor” in answering questions about his authorization of disclosures in the Hillary Clinton email investigation. The referral for further action went to the DOJ.

Instead of doing time, however, McCabe is on a media tour masquerading as a martyr. And the Washington Post just ran an op-ed by his wife in which she also portrays her husband (and herself) as Trump victims. Meanwhile their co-conspirators, John Brennan, James Clapper, James Comey, Bruce Ohr, Peter Strzok, et al. have suffered minimal consequences for their misdeeds and some have leveraged their perfidy into lucrative book deals and cushy gigs as talking heads. And when Senator Graham calls McCabe and Rosenstein before the Judiciary Committee, it is probable that both will lie to Congress again.

If this can be proven, they could face jail time and large fines, but few have actually faced that fate. And, while the deep state plot to depose a sitting president using the 25th Amendment seems pretty treasonous, the legal definition of treason in our country is narrow. But here’s the thing — none of these deep state Lilliputians have laid a glove on Trump. Moreover, unlike previous residents of the White House, Trump hasn’t allowed partisan attacks to distract him from his mission. His list of accomplishments continues to grow. And at the top of the list is the absence of Hillary Clinton in the Oval Office. This is good news.