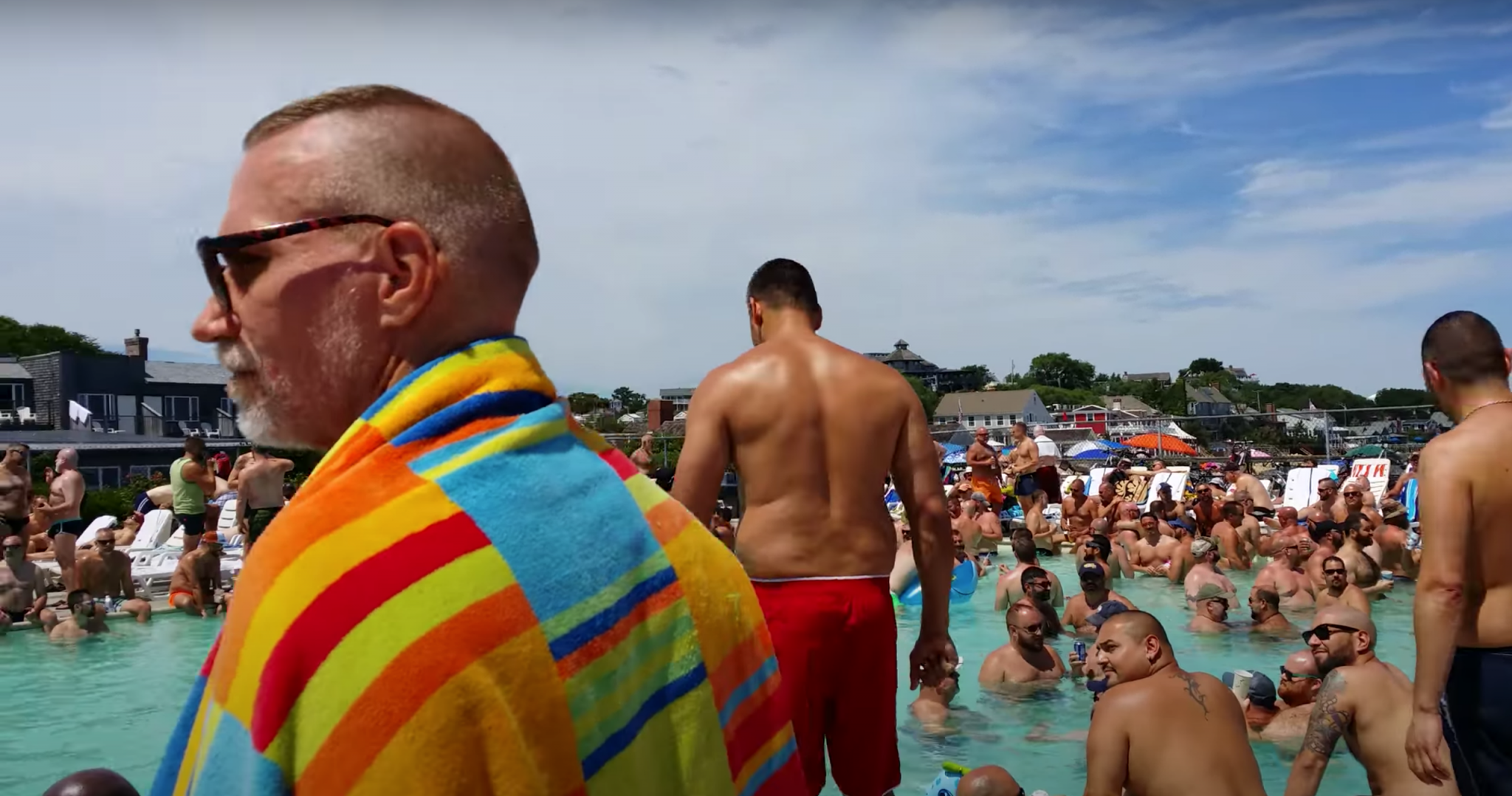 ABC News published a story on Thursday headlined: “CDC mask decision followed stunning findings from Cape Cod beach outbreak.” The article by Anne Flaherty and Arielle Mitropoulos explained how more than 800 people — 74 percent of whom had already been fully vaccinated against COVID-19 — tested positive for the coronavirus in the aftermath of Fourth of July celebrations in Provincetown, Massachusetts.

“The initial findings of the investigation led by the Massachusetts Department of Public Health, in conjunction with the Centers for Disease Control and Prevention, seemed to have huge implications,” the ABC News account said. It explained that the Cape Cod outbreak was “among the pieces of new evidence behind the CDC’s decision” to ask Americans to wear masks indoors, even if they are vaccinated.

Provincetown is to gay men what Mecca is to Muslims, and the annual week-long gathering of thousands of “bears” (“a term used by gay men to describe a husky, large man with a lot of body hair,” per Urban Dictionary) who pack into crowded bars immediately follows the Fourth of July holiday. So this “Cape Cod beach outbreak,” to use the euphemism of that ABC News headline, was atypical to say the least, and certainly a poor test case to justify inflicting renewed mask mandates on the entire nation.

It is perhaps unfair to single out ABC News for its deception — lying by omission — about the circumstances that spawned this outbreak in Massachusetts, since nearly all the major media outlets followed the same dishonest narrative. Without knowing that it involved thousands of hard-partying gay men, the news consumer lacks the context to properly understand this incident of widespread “breakthrough infections” (i.e., cases in those already vaccinated).

“Is Provincetown our future? Count me skeptical. In Fourth of July week, the town was completely swamped this year, followed swiftly by Bear Week; lines for the bars lasted for blocks; the bars themselves were packed; the weather was dreadful, forcing most of the crowd to pack tightly inside. A tiny town built for a few thousand residents has to absorb up to 40,000 in peak season. One bar in particular — the home for a dance party with the inspired name of “Fag Bash” — resembles a kind of dank dungeon where sweat drips from the ceiling and mold reaches up the walls. It might have been designed for viral transmission. A big swathe of the crowd had also just come from a week of Pride partying in New York City and were likely not, shall we say, at their immunological best. It was a muggy, viral heaven in a classic post-plague burst of bacchanalia.”

Making the Provincetown “Bear Week” outbreak the basis of national policy is obviously foolish, but the White House press corps isn’t badgering Jen Psaki with questions about this bizarre situation. Meanwhile, the media seem intent on ignoring the fact that the “surge” of new COVID-19 cases they so breathlessly report hasn’t been accompanied by a significant rise in the death toll from the virus.

It is true that the number of new COVID-19 cases has increased nearly sevenfold in the past month — from fewer than 12,000 per day in late June to nearly 80,000 in late July — but the number of deaths from the disease has not seen a correspondingly large spike. The seven-day average of daily COVID-19 deaths on June 30 was 271; as of Friday, it was 354. July was worse than June, but still the July death toll is 89 percent lower than the 3,341 coronavirus victims who were dying on an average day during the late-January peak of the pandemic.

The most obvious explanation for this anomaly — a dramatic spike in COVID-19 cases, but barely a blip on the radar in terms of deaths — is that the vast majority of America’s most vulnerable population (i.e., those over 70) have already been vaccinated against the disease. While the much-hyped “Delta variant” seems to be more easily transmitted than other coronavirus strains, it doesn’t appear to be more deadly, and very few of the “breakthrough infections” among those already vaccinated have led to hospitalization or death.

The New York Post on Friday graphically illustrated the unscientific absurdity of the “Delta variant”/“breakthrough infection” hype with a front-page chart headlined “INSANITY.” Out of 161 million fully vaccinated Americans, the Post explained, “a tiny 5,601 caught ‘breakthrough COVID’ and were hospitalized. And just 1,141 died, or .0007%.” Despite the near-zero possibility of a vaccinated person dying from the disease, however, the CDC is now recommending a return to wearing masks. The same Biden administration that has been lecturing us about the need to “follow the science” doesn’t seem very good at doing basic math.

If the vaccines are effective, why do we need to wear masks? The administration’s rhetoric and policies aren’t very scientific. Evidence fails to support the belief that masks prevent spread of COVID-19, as Dr. Brian Joondeph has recently explained:

“How effective are the mandated masks? Remember that both Dr. [Anthony] Fauci and U.S. Surgeon General Jerome Adams told us last year that masks were ineffective at protecting the coronavirus. They were correct based on viral particle size but somehow the physics of particles and pore size changed during President Trump’s last year in office.

By advocating a return to mandatory mask-wearing even for those who have been fully vaccinated, the administration is undermining its own case for why people should get the COVID-19 vaccine. Why endure the injection (and possible side effects) if you’re going to have to wear a mask anyway?

The Biden administration has made an utter mess of their pandemic message, and the very worst of it — completely contradicting their “follow the science” slogan — is their endorsement of mandatory masks for school-age children. COVID-19 poses a near-zero risk of death to otherwise healthy children. Of the more than 600,000 U.S. deaths from this pandemic, 79 percent were among those 65 and older; those age 50 or older accounted for fully 95 percent of COVID-19 deaths. Only 337 deaths have been reported among those 17 or younger — there are a lot of zeroes after the decimal point in the number expressing that risk as a percentage.

Despite the infinitesimal risk to children, CDC Director Rochelle Walensky last week declared that the CDC “recommends that everyone in K-12 schools wear a mask indoors, including teachers, staff, students and visitors, regardless of vaccination status.” Why? Because of a coronavirus outbreak among gay “bears” partying in Provincetown?

So, no, we can’t expect ABC News or any other mainstream media outlet to tell the whole truth about the Provincetown outbreak. They have a habit of suppressing facts that don’t support their preferred narrative, and yet seem perplexed that so few Americans trust them anymore. The media have destroyed their own credibility and, as former President Trump said, they are now “truly the enemy of the people.”