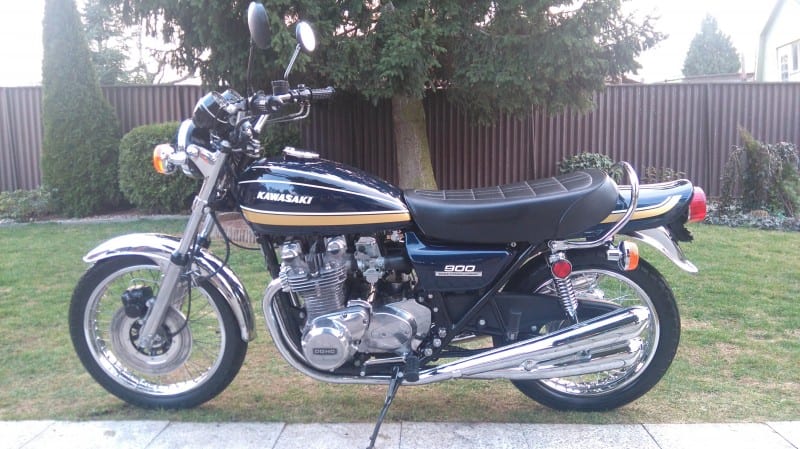 Every now and then, I do something “risky” and illegal, to remind myself what it was like when we were still relatively free.

I roll one of my old bikes out of the garage and take it for a ride around the backroads near my place without a helmet on.

This used to be legal, once upon a time — on the sound premise that it was your head to break and so your business to risk it. Then it became the business of busybodies and control freaks — aka, “the government,” which passes laws that assert the contrary.

It is important to keep this in mind. That there is no such beast as “the government.” It is a term of manipulation only; a technique for getting people not to think about what government actually is — which is a proportionately small number of busybodies and control freaks who have acquired control over mechanisms — physical and economic punishments — which they use to busybody and control us.

They are — for those who get the reference — Mrs. Kravitz, the nosey next-door neighbor from the ’60s TV sitcom, Bewitched. Only armed and very dangerous. Mrs. Kravitz was the object of ridicule; the armed busybodies and control freaks who constitute “the government” are a mortal threat if disobeyed.

My riding around the backroads near my house on my ’76 Kawasaki Kz900 — one of several bikes made long before the country went on regulatory lockdown and people were still largely free to do as they liked in terms of everyday life — is in and of itself now an offense.

Which is to say, actionable.

Even though I have harmed no one — and even though my riding sans a helmet poses no conceivable threat of harm to anyoneelse— an armed government worker (the agent of the control freaks and busybodies who constitute “the government”) will fix his sights on me and use the threat of murderous violence to interrupt my ride and then filch my pockets — the proceeds going to fund “the government,” including the salary paid to the proxy enforcers of the control freaks and busybodies who constitute it — to punish me for having the audacity to not place a helmet on my head.

Thus it gives me a very special kind of illicit pleasure to ride without one. To feel not just the wind on my face but the load off my back. What it Used to be Like is brought back to life, however fleetingly. It is very much like the smell of something triggering an ancient memory only better because rather than a memory this is actuality.

There was an effort to dole back just a little of the freedom Virginians once enjoyed — a measure that would have made it legal once again for those over 21 to decide for themselves whether to wear a helmet, very much as those over 21 also get to decide whether to eat their veggies without being nagged — or ticketed — by a government-badged busybody.

Of course it failed.

And so I ride illicitly.

One of my favorite writers was H.L. Mencken and among my favorite sayings of his was that every normal man, at least once in his life, must spit on his hands and hoist the Jolly Roger — i.e., the skull and bones pirate flag. His meaning wasn’t pillage and plunder; it was to spit in the face of Authority — the busybodies and control freaks, who were just getting started in his time.

Mencken never placed much stock in the virtue or intelligence of the average person but I imagine even he would be stupefied into sputtering speechlessness to learn that we now live in a country run by Mrs. Kravitzes, control freaks and busybodies who have become so emboldened by their success that it probably won’t be long before they tell us just how much we’re allowed to eat and what we’re allowed to eat as well as when to eat it.

Indeed, the what part they already do.

This is what comes of not kicking them off our property — and if need be, in their hind parts — if they won’t go away after being told to.

For my part, I rebel when and where I can.

On the ancient Kawasaki, I am free. It is still quicker than most cars — and I am a better rider than most armed government workers are drivers. A blur of green and gold, polished aluminum and chrome. The moan of the four Keihins, gulping air and fuel — and I am gone.

Once upon a time, it wasn’t necessary.

Because once upon a time, Americans were still relatively free.

There were taxes, certainly. And regulations. But in terms of everyday life, the degree of freedom the average person enjoyed as recently as 30 years ago is almost unreal compared with the suffocating, relentless nagging, nudging and micro-managing of everything by control freaks and busybodies.

Those people, that is, who are “the government.”

Eric Peters
Follow Their Stories:
View More
Most Popular
1
The Right Prescription
The Roe Decision Won’t Save the Democrats
by David Catron