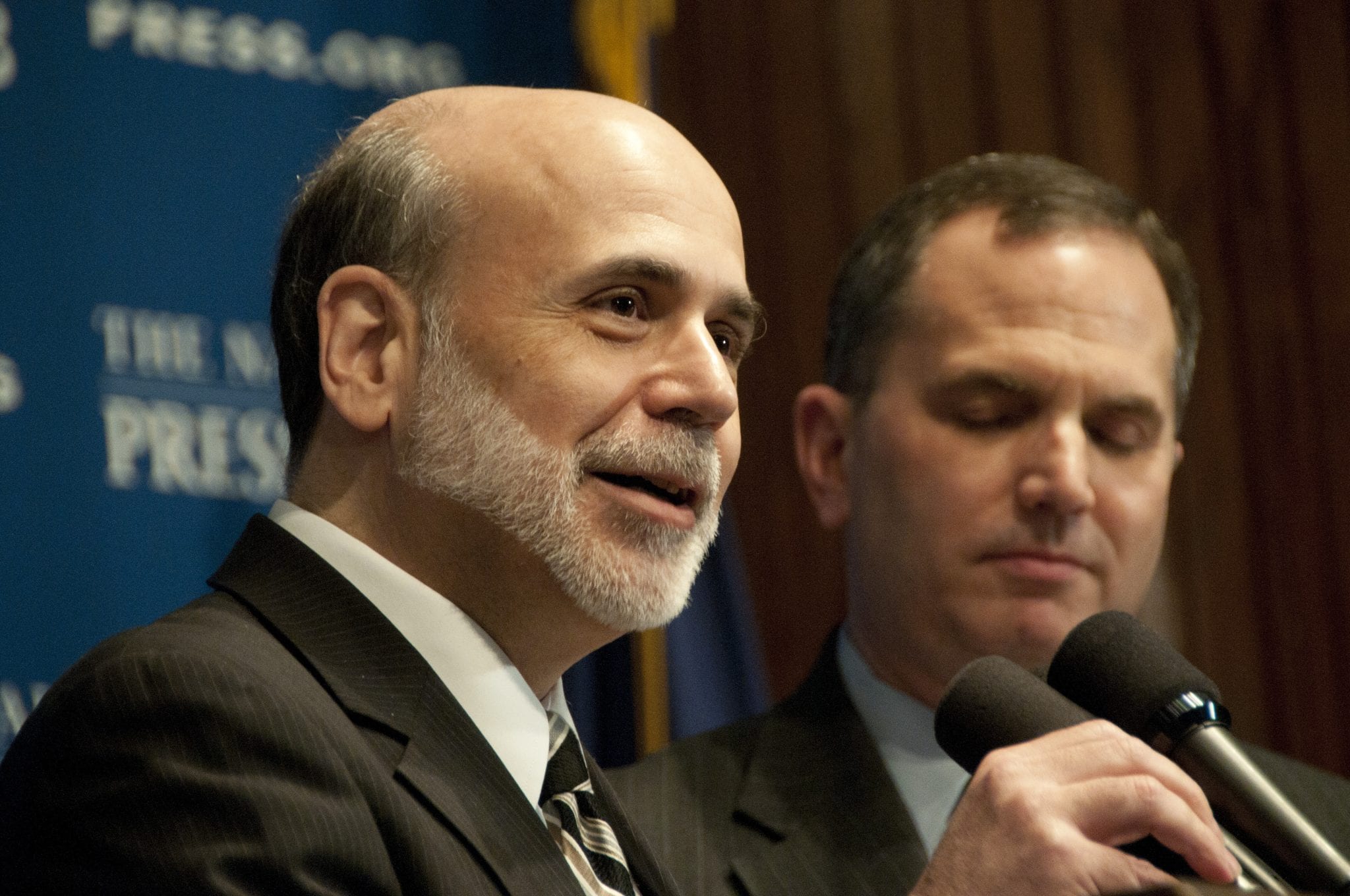 The Federal Reserve Bank (the Fed) has a policy to create and sustain 2-percent inflation in America on an annual basis. J. P. Morgan would be chagrined to know that he helped create a central bank that promotes inflation.

The Fed and the financial community think inflation is a good idea, but while the average citizen pays little attention to the Fed he knows that inflation ultimately erodes his purchasing power.

The Fed’s inflation policy is immoral and unethical, and it undermines the original intent to foster stable prices of the goods and services we purchase. Inflation undermines private property rights and steals money from the average person by reducing purchasing power every year.

During the latter years of the 19th century, prior to the creation of the Fed in 1913, America experienced deflation: the cost of goods was low due to the Industrial Revolution and the gold standard. Deflation increases the purchasing power of the dollar and can occur from innovation and disruptive competition. Think of the impact Uber and Amazon have each had on lowering prices on multiple products and services.

James Grant defines deflation as follows: “In a genuine deflation, banks stop lending. Prices tumble because overextended businesses and consumers confront the necessity of selling assets in order to raise cash. When prices fall because efficient producers are competing to deliver lower-priced goods and services to the marketplace, that is called ‘progress.’ ”

In 1960, a dollar would purchase four gallons of gas or four loaves of bread. You could attend many private colleges for less than $1,000 per year, and the interest rate for savers was 3 percent. Today, college students are saddled with massive debt and charged high interest rates by the government. This debt undermines the future of indebted students and their families and retards economic growth.

In 2012, the Federal Open Market Committee issued this statement: “The Committee judges that inflation at the rate of 2 percent … is most consistent over the longer run with the Federal Reserve’s statutory mandate.”

This statement is in clear contradiction to the Fed’s mandate for stable prices. Clearly, inflation helps the government with its massive debt and holders of hard assets, such as real estate. The policy robs all working people of at least 2 percent of their buying power each year. This is an insidious policy and one of the primary reasons why the middle class struggles financially.

We will argue that natural money production can work; that it has worked wherever it has been tried; and that there are no tenable technical, economic, legal, moral, or spiritual reasons to suppress its operation. By contrast, there are a great number of considerations that prove conclusively the harmful and evil character of inflation. And in our time inflation has become persistent and aggravated because various legal provisions actually protect the monetary institutions that produce the inflation.

The primary purpose of government, according to our Constitution and Founders, is to protect our natural rights and freedoms. Former representative Ron Paul has been sounding the alarm about the Fed for his entire career. The Fed is in the news almost every day because it has such tight control of money through interest rates and inflation.

The Fed is the primary enabler of the profligate spending of Congress. Former Fed Chairman Ben Bernanke, a promoter of quantitative easing, endorsed the Fed to lower interest rates and purchase debt instruments. This has done nothing but harm to the economy in the long term.

The Fed simultaneously reduces the value of the dollar and arbitrarily keeps short-term rates low. Both of these policies undermine economic growth and eliminate the ability of the middle class to save and prosper.

When inflation exceeds interest rates, there is zero incentive to save. Individuals should think of long-term wealth for retirement, but the Fed precludes this as an option, due to its fear of deflation. Low and negative interest rates have reduced GDP growth in the EU, and some countries, such as Germany, are moving into a recession.

The Fed should abandon manipulative short-term interest rates and establish a policy of sound money, which means zero inflation. Additionally, it should never buy bonds, since this undermines the market pricing of interest rates and enables massive fiscal deficits.

According to the Bureau of Labor Statistics, during the entire 19th century the value of the dollar increased. Deflation actually allowed the dollar to purchase more, which is a great outcome. Because of inflation, however, it now takes $25 to purchase what one dollar could buy when the Fed was created in 1913.

The Fed must discontinue its interventions to control market interest rates and let the free market prevail.