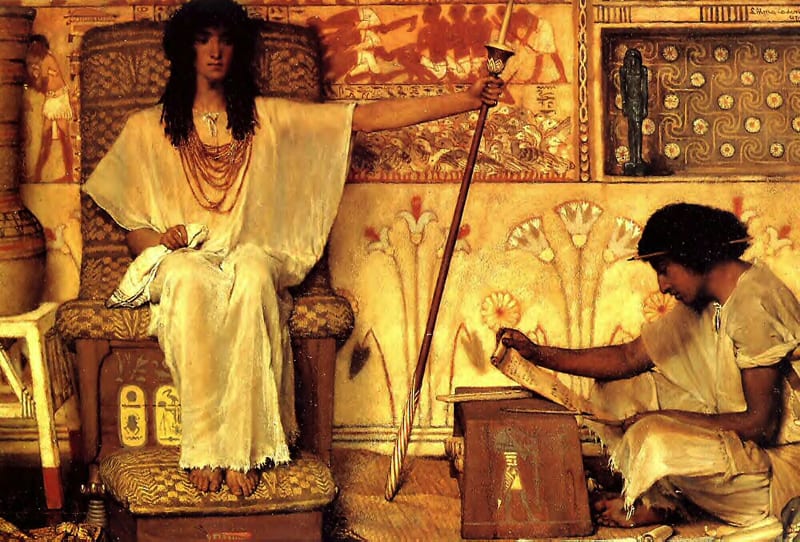 One of the most instructive Old Testament stories recounts the wisdom of Joseph in Egypt, after his interpretation of Pharaoh’s dreams, predicting years of drought and famine. Around 1490 BC, Joseph was made Regent (chief administrator) and ordered grain stored for the coming seven-year drought. He thus turned a bountiful harvest that might otherwise have been squandered all at once into moderate consumption that ultimately saved millions. Egypt not only survived, but had enough grain to supply the entire drought-stricken region.

What if, rather than reducing use of that resource to subsistence levels, Joseph had ordered a complete ban on eating for all but a chosen few? He could have said, “Because there will be drought and famine later, most people must starve to death now, so a few of us can live well,” but he would have been run out of office. Instead, he struck a delicate balance between wise use of resources for that time, and conserving for the future. We could use such wisdom in today’s continual debate about our use of natural resources, especially energy.

Activists now try to convince us to stop using our energy resources, in effect starving part of the world, while the rich get all they want. Nobody has yet appointed them regents to rule over us, but their influence is growing.

The latest effort to stop all use of oil and gas – the “Leave it in the Ground” movement – was started by a handful of wealthy activists, and its media visibility has grown steadily. That is partly because high-profile names are associated with it. They include actors like Susan Sarandon, Ed Norton, and Mark Ruffalo, along with global environmental industry groups (Greenpeace, Friends of the Earth, Wild Earth Guardians, etc.), and the foundations that fund them. Media attention also stems from these groups’ prominent involvement at the Paris climate conference, but mostly, it comes from over-the-top rhetoric. It is not intended to slow down our use of energy, or moderate our consumption, but stop it altogether.

The movement’s mission, articulated in an open letter to world leaders, says, “The first step in this effort is a simple one: Stop digging. No additional fossil fuel development, no exploration for new fossil fuels, no expansion of fossil fuel projects. We need to keep fossil fuels in the ground.” No exceptions are imagined for poor countries desperate for the mobility, plentiful food supply, heated homes, and quality of life made possible here by abundant and affordable energy. These comforts are already enjoyed by the elite members of this movement, just as the Pharaoh and Egypt’s elite already had all they needed.

The hypocrisy of people who want to get all they can, then close the door behind them, is palpable. Unfortunately, that attitude pervades much of our ongoing debate about natural resources.

Perhaps the greatest irony about the “Keep it in the Ground” movement is that it would deny further use of the very resource that is improving our world at an unprecedented rate. Consider the progress the U.S. has made in reducing air pollution.

EPA data show that carbon dioxide emissions declined 13 percent since 2005, and overall greenhouse gas emissions are at the lowest levels in 26 years. Emissions of the three most damaging air pollutants — sulfur dioxide, nitrogen oxide, and particulates — also declined precipitously. According to a recent column in the Hill, “Numerous reputable third party experts, including the International Energy Agency, U.S. Energy Information Administration, and even the UN Intergovernmental Panel on Climate Change, agree that increased use of clean burning natural gas deserves the bulk of the credit for America’s declining emissions.”

In fact, the U.S. has led the world in carbon reductions ever since global warming became an issue. A 2017 Energy Department report said switching to natural gas (from coal) prevented over 2 billion metric tons of carbon dioxide from being emitted since 2005. It also said the share of carbon reductions in the power sector attributable to natural gas is 72 percent greater than renewables. It concluded that “The U.S. power sector has led the world in cutting CO2 emissions since 2008, thanks largely to natural gas…”

Clearly our abundant supply of natural gas is helping improve our world. That doesn’t mean we should rush out and use all that energy right away. We should always be careful to use resources wisely and conservatively. But wise use is different than no use. Surely 3500 years of human history since Joseph saved Egypt have taught us that.