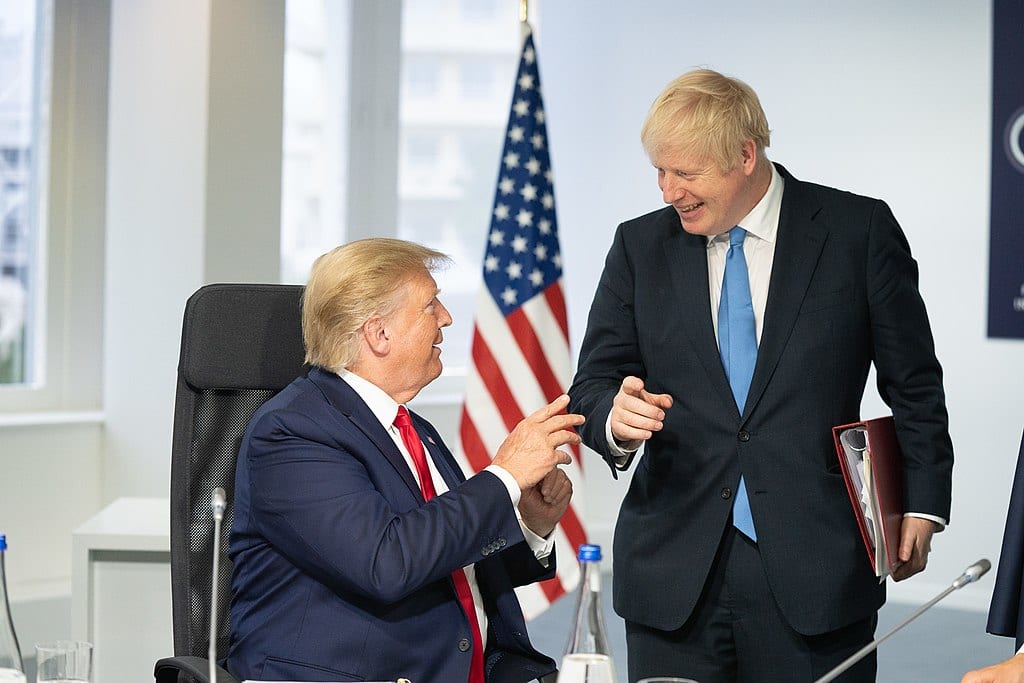 The British election last Thursday was a stupendous victory for Boris Johnson and the good sense of the British people. He will be the Brits’ prime minister for the next five years, and they will prosper in freedom.

Moreover, Boris is a Spectatorian, and thus it was a stupendous victory for Spectatorians everywhere. By Spectatorians, I am referring to readers, editors, and writers of the Spectator magazines, magazines that adhere to a serious if amused point of view, and Boris certainly adheres to that formula. Good show, Boris. He was the London Spectator’s editor from 1999 to 2005, where he performed admirably. Even as a politician he appears occasionally in the Spectator’s pages. Very good show, Boris.

After he left the Spectator, he became a member of Parliament, served as mayor of London, and now is prime minister. During his premiership, he has gone through a very rough patch in a very short time. The pecksniffs among the British elites wanted to keep Britain in the EU. Boris and a growing majority of the British electorate wanted Britain out. He maneuvered through this period of trial very craftily, and now, after this election, the Brits will finally be free of the EU’s bureaucracy. In other words, they will have their freedoms restored.

Yet it is not only Boris and Spectatorians everywhere who should be celebrating. President Donald Trump and his base should be cheering, too. That is to say, we Americans whom Hillary Clinton dismissed as “the Deplorables,” and whom the rogue FBI agent Peter Strzok claimed smelled bad. Well, Mr. Strzok, stop smelling people as they stroll through the aisles at Walmart or wherever else you smell them. Your behavior is very weird, possibly pathological. I suggest therapy and possibly a stretch in the calaboose.

Doubtless Donald has been mulling over the electoral results of last week. He has even said he sees in Boris’ election “harbingers” of a successful cisatlantic election in 2020. I think he is right. Britain’s Prig Vote was confronted by a free election, and the Prig Vote was defeated. The Prig Vote ignored the ordinary taxpayer, dominated the media, and seemed to control the polling. Our president suspects there is a Prig Vote here. The recent report from Inspector General Michael Horowitz suggests he is right.

Under Jeremy Corbyn, Labour suffered its worst defeat since 1935. Labour supposedly was running neck and neck against Boris’ Tories, but the final results were an ignominious loss, with only 203 seats going to Labour in the next Parliament while a healthy 365 seats are going to the Tories. There goes Corbyn’s dream of higher spending, nationalization of much industry, regulation ensnaring all corners of British life, and a transcontinental government in Brussels sticking its proboscis into all corners of the British Isles. Well, that is what Labour gets when it nominates the most left-wing ideologue since the era of Beatrice and Sidney Webb. The party could have chosen someone advocating the winning politics of its last prime minister, Tony Blair. Instead it opted for someone steeped in the politics of the past. It chose the socialist Corbyn and lost.

Now, here in America we are approaching a similar election, but with a different dynamic. We have no history with socialism in America. No leading American politician has ever advocated it. But today the Democratic Party is strangely enamored with it. There is no Democrat running for the nomination who will dare say a word against socialism. Moreover, many Democratic candidates openly identify with it. They are setting themselves up for a defeat to equal the defeat of Labour last week.

Actually, Labour showed the Democrats the way to defeat in 2020. In the British Isles, the collapse of the working-class Labourite vote paved the way for Boris’ victory. I do not know if Corbyn ever spoke so rudely of his working-class support as Hillary spoke of her working-class support, but the evidence suggests that he did. A Tory pollster, Lord Ashcroft, found that fully 45 percent of the British electorate said that they were “angry that politicians take voters for fools” when they promise pie in the sky. Well, Corbyn promised pie in the sky, and the Democrats are headed for the same bakery.

Donald Trump is the candidate of American conservatives, of many American independents, and of working-class Americans. One sees it at his rallies. One hears it in his rhetoric. One realizes it when one looks at our vibrant economy and considers his policies. In fact, I would say one has to go all the way back to Andrew Jackson to find a president as comfortable with the working-class Americans. Donald is not quite a Spectatorian, but we shall gladly settle for him over America’s party of the left.