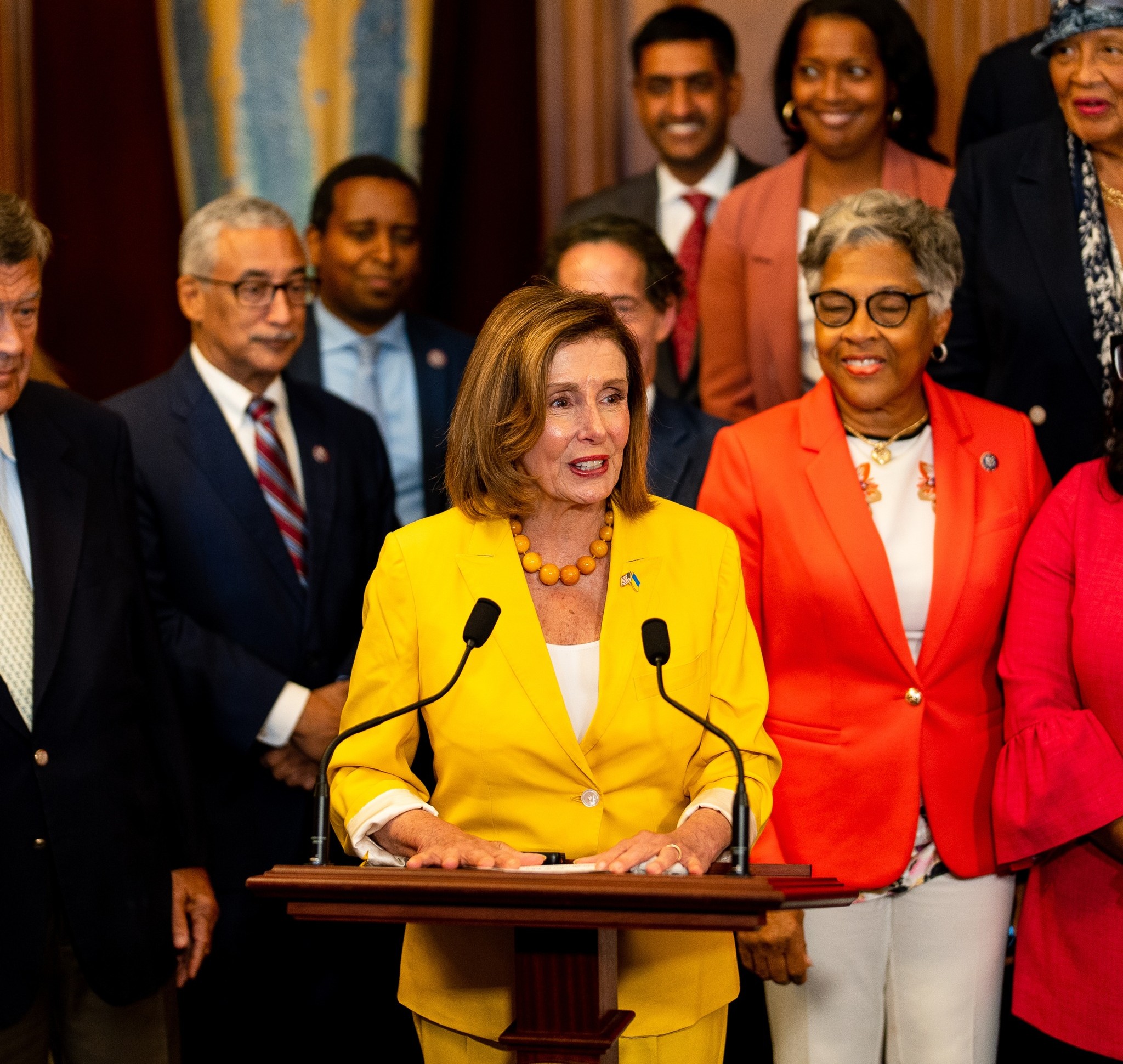 To gauge the trepidation with which the Democrats view the midterms, consider their reaction to last week’s special elections in New York’s 19th and 23rd congressional districts. They eked out a two-point win in the former and lost the latter. Yet, the Democrats and their friends in the Fourth Estate hailed the NY-19 victory as a portent of doom for the GOP in November. House Speaker Nancy Pelosi declared, “Republicans should be very, very, very scared this morning about their prospects.”

The lady doth protest too much, to quote the Swan of Avon. Pelosi knows she’s about to lose the speaker’s gavel. The weak Democratic showing in New York is typical of their record in special House elections held since 2020. They failed to flip a single GOP seat while enduring a historic defeat in Texas’s 34th District. So, is NY-19 a bellwether? Nope. We heard the same tale after a Pennsylvania Democrat won a special election in 2010. This was touted as proof that no GOP wave would materialize in that year’s midterms. Politico’s piece was especially smug:

All the evidence pointing to monster Republican House gains this fall—the Scott Brown upset win in Massachusetts, the scary polling numbers in once-safely Democratic districts, the ever-rising number of Democratic seats thought to be in jeopardy—was contradicted Tuesday … In the only House race that really mattered to both parties—the special election to replace the late Democratic Rep. John Murtha in Pennsylvania’s 12th District—Republicans failed spectacularly.

When Election Day arrived, however, the Democratic House majority was swamped by a 63-seat Republican tsunami. The GOP also picked up six seats in the Senate. This year, the Republicans don’t need a wave to win a majority in either house of Congress. All they require is a five-seat gain in the House of Representatives and a one-seat gain in the Senate. Moreover, despite countless claims to the contrary by the Democrats and corporate media, the actual impact of the Supreme Court’s Dobbs ruling on Republican momentum has been exaggerated.

A new poll conducted for the Institute of Politics at Harvard University by Echelon Insights asked likely voters the following question: “If you had to choose just one, which would you say is the biggest issue facing the country today?” The top response was “cost of living.” Abortion came in fifth. When asked to choose between “protecting abortion rights” and “reducing inflation,” voters chose the latter by a 39 percent margin. Two-thirds of respondents answered, “reducing inflation.” Only 27 percent answered “protecting abortion rights.”

Nor is Echelon the only poll that suggests voters will be thinking about inflation rather than abortion when they vote. The Latest Economist/YouGov survey, conducted from August 20–23, asked respondents, “Which of these [15] issues is the most important to you?” The top response was “inflation/prices.” Abortion again ranked fifth in importance. The poll also shows an enthusiasm gap favoring the GOP. Two-thirds of Republicans say they “definitely will vote” in the midterms, compared to 59 percent of Democrats who will cast a ballot.

What about the generic ballot? It’s not a given that Dobbs caused the generic ballot to tighten. The ruling was handed down in June and the alleged effect didn’t materialize for a month. Thus, the recent Democratic “surge” may well be nothing more than what Amy Walters of the Cook Political Report suggests is a “summer reassessment of midterm assumptions.” At the time of this writing, RealClearPolitics shows the Republicans with a slight advantage (0.8) and FiveThirtyEight shows the Democrats with a similarly unimpressive advantage (0.5).

Unfortunately for the Democrats, however, the most reliable tool for predicting midterm outcomes isn’t the generic ballot. As Sean Trende wrote earlier this year in an article for the American Enterprise Institute, “In our increasingly polarized and nationalized politics, the single most determinative factor in midterm outcomes is the president’s job approval.” At the time of this writing, the RealClearPolitics average shows President Joe Biden with a dismal 41.9 approval rating. As Gallup pointed out during the last midterm cycle, this means disaster:

The president’s party almost always suffers a net loss of U.S. House seats in midterm elections. However, losses tend to be much steeper when the president is unpopular. In Gallup’s polling history, presidents with job approval ratings below 50% have seen their party lose 37 House seats, on average, in midterm elections. That compares with an average loss of 14 seats when presidents had approval ratings above 50%.

It is blindingly obvious that Biden’s approval rating will never come anywhere near 50 percent during the next 80 days. Consequently, regardless of hysterical claims by Pelosi about obscure New York special elections, the Democrats will lose their House majority in November. Moreover, regardless of what pundits say about “weak” GOP Senate candidates, there is a very real chance the Republicans can pick up the single seat they need to regain the Senate majority. The Democrats frequently attempt to revise history, but they cannot escape it.