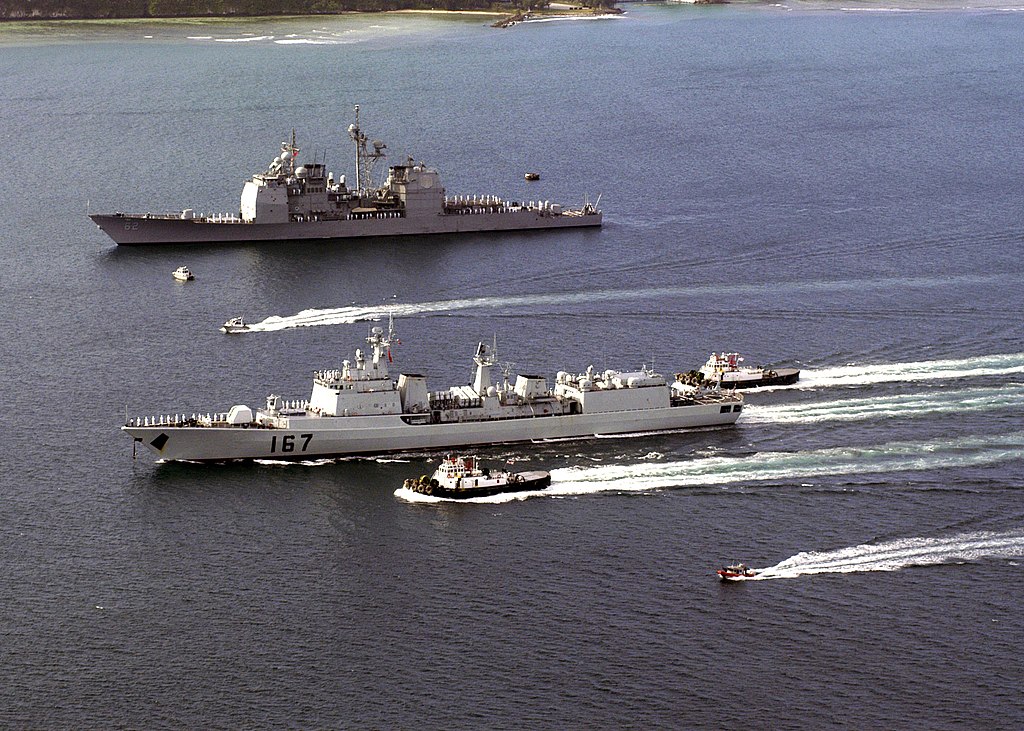 According to Bill Gertz of the Washington Times, the outgoing head of the U.S. Strategic Command has notified Congress that China has surpassed the United States in a key area of nuclear weapons competition. The notification, writes Gertz, who is one of the best-sourced Pentagon reporters, most likely refers to “China’s rapidly expanding long range missile forces.” If this is true, what the great Albert Wohlstetter once called the “delicate balance of terror” may soon shift against the United States.

Nuclear parity could embolden China to become even more geopolitically aggressive in a manner similar to the Soviet Union of the 1970s.

The Pentagon earlier this year announced the discovery of at least three giant missile fields in western China that are being readied for the deployment of as many as 360 DF-41 Intercontinental Ballistic Missiles (ICBMs), each capable of carrying between three and ten independently targeted nuclear warheads, with an operational range of up to 9,300 miles. Those numbers translate into an ICBM force (including China’s current arsenal of about 400 ICBM warheads) of between 1,480 and 4,000 warheads. The United States, Gertz notes, currently deploys less than 1480 ICBM warheads. And Gertz writes that secrecy “makes estimates of the size of [China’s] nuclear forces difficult to determine.” There are some “known unknowns” here, to quote Donald Rumsfeld.

Earlier this year, the Heritage Foundation’s Patty-Jane Geller reported, citing a speech by the commander of the U.S. Strategic Command, that “China is building up its nuclear forces as part of a strategic breakout to eventually achieve nuclear parity — if not superiority — to the United States.”

China’s expansion, Geller writes, is both quantitative and qualitative and indicates that China “could eventually … surpass U.S. nuclear capabilities.” And Geller notes that China’s achievement of nuclear parity with the United States would affect calculations in both Washington and Beijing when it comes to a possible war in the South China Sea, where China already has geographical, conventional weapons and regional nuclear weapons advantages over the United States. Some observers believe that China is seeking nuclear superiority.

The Biden administration recently acknowledged that China may deploy 1,000 nuclear warheads by 2030, but, according to Gertz and Geller, this may underestimate the extent of China’s build-up. And the Air University’s John Maurer warns that the “expansion of Chinese nuclear forces poses a significant threat to American national security,” and not just in a potential nuclear showdown. If China gains parity with the United States, the credibility of the American extended nuclear deterrent may wane. “Faced with a rapidly growing Chinese arsenal,” Maurer explains, “our security partners might choose to appease China rather than rely on American guarantees.”

The rapidly growing Chinese nuclear arsenal is neither a Sputnik moment nor the phony “missile gap” of then-candidate John F. Kennedy’s imagination in 1960, but it does implicate deterrence and, if deterrence fails, war fighting. Wohlstetter in his seminal article “The Delicate Balance of Terror,” noted that deterrence “is not automatic”; it is very difficult — it doesn’t just happen because both sides have nuclear weapons. It involves numbers, accuracy, and the power of weapons, but it also involves psychology and uncertainties. And deterrence applies to both big wars and small ones, though not equally.

The arms race between the Soviet Union and the United States in the 1950s, ’60s, and ’70s is evidence that the American nuclear deterrent weakened when the Soviets achieved rough parity in the late 1960s, and weakened further when the Soviets achieved a theoretical “first strike” counterforce capability in the late 1970s. It was President Reagan’s military build-up in the early-to-mid 1980s that strengthened the U.S. deterrent and set the stage for successful arms control.

The importance of Gertz’s revelations is that they show that China is closing the nuclear gap with the United States. If America does not respond to this shift with the urgency advocated by John Maurer and others, the U.S. nuclear deterrent will weaken. That doesn’t necessarily mean that nuclear war would be more likely, but it does mean that nuclear parity could embolden China to become even more geopolitically aggressive in a manner similar to the Soviet Union of the 1970s. Thus, the need to strengthen deterrence. As Wohlstetter wrote, deterrence is both inadequate and necessary.