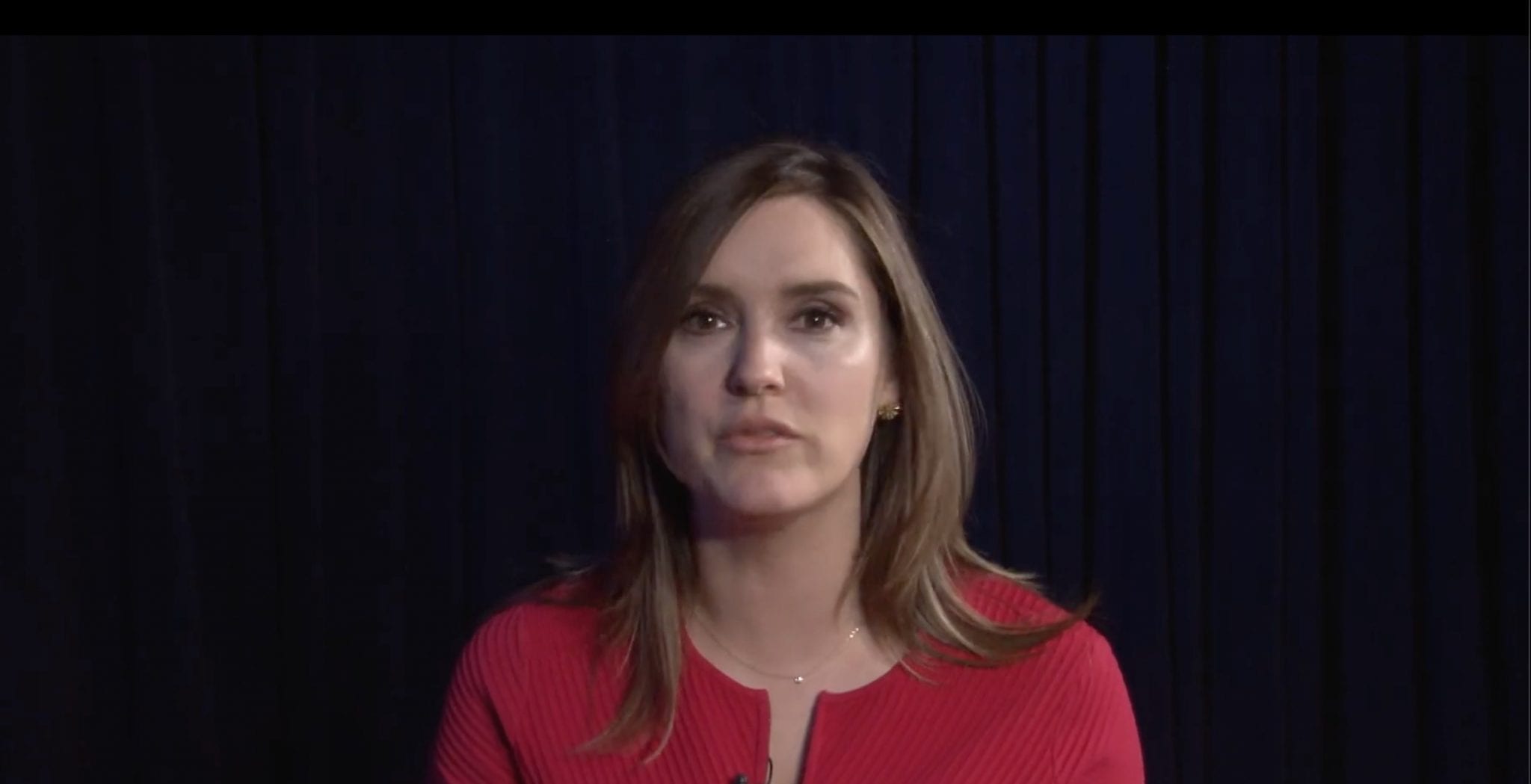 “Thank God for the Deep State!,” exclaimed former CIA Director John McLaughlin to hundreds of attendees of a public conversation on “Intelligence and the U.S. Presidential Election.” “These are people doing their duty and responding to a higher call.”

McLaughlin’s unapologetic zeal for the three-year campaign of spying, leaks, and betrayal of the Trump administration by members of the national security sector caused nary a ripple of disagreement among other panelists or most of the several hundred audience members. That’s not surprising. Sponsored by George Mason University’s Schar School of Policy and Government and the Michael V. Hayden Center for Intelligence, Policy, and International Security, the public event featured four prominent former national security leaders, all known for their virulent anti-Trump animus. In addition to McLaughlin, former directors of the CIA Michael Morell — who broke non-partisan precedent among retired CIA directors by publicly endorsing Hillary Clinton in 2016 — and the notorious John Brennan, who served President Obama and now works as an NBC political commentator known for his bitter anti-Trump tirades. Andrew McCabe, the former deputy director of the FBI, fired for cause last year for lacking “candor” when questioned during an inspector general’s investigation, rounded out the panel.

The evening’s conversation was moderated by a clearly supportive and like-minded Margaret Brennan, the host of CBS’s Sunday interview program Face the Nation (and no relation to President Obama’s former CIA director). I am not saying that Brennan asked softball questions. They were more like T-ball. Brennan never even mentioned the “Steele dossier,” despite how crucial it was in the false “collusion” charge about which Trump and his campaign were subjected to two years of intense scrutiny from Special Prosecutor Robert Mueller. Nor did she ask any of her interlocutors about how Christopher Steele, a former Brit spook, could compile disinformation from Russian intelligence sources that became the primary pretext deployed by the FBI to justify a FISA warrant against Trump campaign volunteer Carter Page. Similarly, she never asked Brennan and McCabe whether and when they knew that the dossier was purchased by the Clinton campaign and DNC, a nasty bit of subterfuge masked by retaining the Perkins Coie law firm to hire the opposition research firm Fusion GPS, which in turn, paid Steele.

The journalist also never asked about why when he was the CIA chief, Brennan briefed Sen. Harry Reid on private information, which the senator later said was done for the purpose of his leaking it to the media. She never even brought up McCabe’s firing or the obvious wrongs committed by fired FBI Director James Comey, the fired chief of the FBI’s counterespionage section Peter Strzok and his lover, the former FBI lawyer and McCabe adviser Lisa Page, not to mention former deputy attorney general Bruce Ohr, who allegedly received information from Steele via the back door after the FBI severed contact through his wife Nellie, who worked for Fusion GPS. And when participants said that campaigns need to be “educated” about the threats of foreign interference, somehow Ms. Brennan forgot to ask why in 2016, the Clinton campaign was warned about Russian interference, but the Trump campaign was kept in the dark.

Brennan also allowed clear factual inaccuracies to go unchallenged. For example, when McCabe claimed it would have been “derelict” not to open a counterintelligence investigation into the Trump campaign after learning from an Australian diplomat that Trump volunteer adviser George Papadopoulos “was consorting with Russian officials,” she didn’t challenge the veracity of the former G-man’s claim. (The diplomat claimed Papadopoulos told him that he knew the Russians had dirt on Clinton, not that he had been personally interacting with Russian officials.) Nor did Brennan mention that whatever Papadopoulos thought he knew about Russia, the information did not come from Russians but from Maltese professor Joseph Mifsud — thought to be associated with U.S. or British intelligence. (Papadopoulos pleaded guilty in the Mueller probe to lying to the FBI about these contacts and served 10 days in prison. He now believes he was set up by U.S. or Brit intelligence.)

Perhaps it was just a case of Brennan knowing what she didn’t want to know. Or perhaps, she is so ensconced in the mainstream media bubble, she doesn’t know this side of the story or, like so many on that side of the fence, dismisses it as a wild conspiracy theory. In any event, Brennan’s lackadaisical and blatantly sympathetic questioning was very frustrating for anyone who wanted the panelists to be challenged with pointed questions.

This is not to say that valuable information was not adduced. The New York Times has reported that United States Attorney John Durham’s “investigation of the investigators” has become a criminal inquiry. McCabe, who has already been criminally referred by the DOJ investigator general, claimed to be unconcerned. And indeed, of the four panelists, he was the most relaxed, had the most appealing personality, and leavened his presentation with a clever sense of self-deprecatory humor.

For his part, Brennan said he expected to be interviewed by Durham, claiming not to be worried because the entire investigation of the Trump campaign was “apolitical” and “by the book,” as per President Obama’s instructions. (Neither he nor McCabe has been contacted by Durham.)

Meanwhile, Morell and McLaughlin vigorously circled the wagons around their beleaguered colleagues, charging Attorney Bill Barr with political bias and as acting more like Trump’s personal attorney than the attorney general of the United States. Morell was the most heated in this regard. An inquiry “done in the right spirit” to learn dispassionately what happened in the investigation would be fine. Instead, he warned darkly, Barr and Durham’s more pointed inquiry could criminalize “mistakes” made by “analysts.” Not only would that be unjust to the analysts but could create a long-lasting “chilling effect,” stifling these important intelligence workers from reaching necessary conclusions. Besides, neither Barr nor Durham is qualified to conduct such an inquiry as they have no experience in intelligence analysis. McLaughlin quickly seconded the concern, stating, “Analysists deal with ambiguity every day.”

Do you see the subtle deflection defense? (Journalist Brennan didn’t.) Any criminal investigation currently being conducted would not target intelligence “analysis.” It would not seek to punish intelligence analysts who might have reached erroneous conclusions. It would certainly not be aimed at prosecuting conceptual mistakes. Rather, the “investigation of the investigators” is particularly concerned with intelligence community and FBI leadership, that is, whether or not officials abused their offices by deploying government assets to spy on Trump’s presidential campaign and destroy his presidency after he was elected.

Toward the end of the program, Brennan unleashed his inner anti-Trump. “The problem is at 1600 Pennsylvania Avenue,” he growled, “not with the FBI and Langley [CIA headquarters]. The reason for the contentious relations” between the intelligence community and the White House “is because they [intelligence workers] tell the truth and are not manipulated like clay in his hands. Thank goodness for the men and women willing to work irrespective of what Trump may say about them.” And then, to a burst of audience applause, Brennan accused the president of “trampling on the great foundation [of freedom] of ours.”

As the evening reached its conclusion, McLaughlin once again declared his deep devotion to the Deep State. “They — the civil service of the USA — are the jewel of this country,” he exclaimed. “When ‘this’ [meaning Trump’s presidency] is over” government workers will “enjoy a renaissance in this country.” I wondered, is that a promise or a threat?

And then, after few minutes of mostly sycophantic or avoided audience questions, it was over. The event — big-name presenters, moderator, and most of the attendees — was the Deep State meeting to celebrate and agree with each other. They were of one mind — GET TRUMP. They held a common belief that Russia not only sought to impact the 2016 election but also may have changed the outcome. Brennan even said he didn’t know whether one or one million voters’ minds were changed by Russian disinformation. Moreover, they agreed defiantly the “investigators” did nothing wrong and that the current “investigation into the investigators” is a politically motivated, well, witch hunt being pursued against innocent “analysts.”

There was no counter-narrative. Nothing to disturb the smug self-assurance of rectitude. It was almost like watching a version of the unified Borg consciousness of Star Trek fame promising, “You will be assimilated.” Time will tell if the president’s resistance to the Deep State’s relentless and enduring machinations is futile.