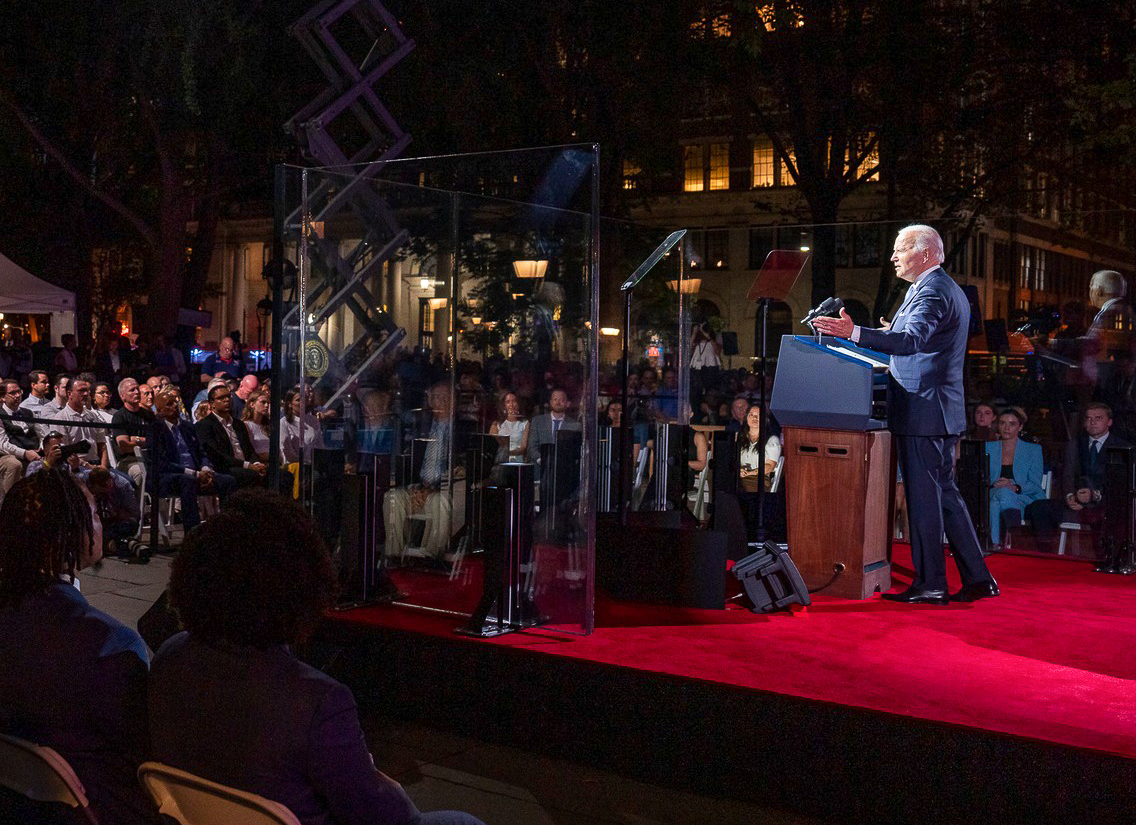 When he came to power, President Joe Biden threatened to conquer the soul of the American nation. Now that he has insisted on it again in Philadelphia, we know that it is more like a diabolical possession. He said on Thursday that “equality and democracy are under assault.” And that too is true. The Democrats have decided to take advantage of the entire government apparatus to perpetuate themselves in power and to do it in the purest style of the Chavista Left, the same one that has soiled my own country, unscrupulously, without guise or shame.

I suspect that Biden’s flamboyant speech was penned by the verse strangler Amanda Gorman. That’s the only way to explain why the president said that “the people, have burning inside each of us the flame of liberty.” In my opinion, in the same corny vein initiated by the president, former President Donald Trump should answer that we, the people, have planted inside us the gladiolus of liberty, and that we must fertilize it and care for it by keeping away the Democrat gardener with the shears.

I was saying before that Biden has become quite shameless. That alone explains why he has drawn a line between Republicans and Democrats to point out that democracy is only on his side. That is also typically Bolivarian.

Biden talks about the Republican attempt “to nullify the votes of 81 million people” and, if the Zombie wants some advice, I don’t think it’s a good idea for him to talk about trying to nullify votes because the election that brought him to the White House included the scandalous pressures on Facebook confessed by its CEO, Mark Zuckerberg, to hide the sinister activity of Biden’s own son during the election campaign.

He says America must choose whether it wants to move forward or backward, but looking at the “progress” of the economy in Biden’s hands, I fear that what the vast majority of Americans want is to move backward to Trump’s economy.

I don’t know if it’s a good idea to brag about espionage, either: “I know this nation. I know you, the American people. I know your courage. I know your hearts. And I know our history.” All that was missing was for him to dress in white, caress a gun, and whisper in Italian: “I know where you live.”

“And yet history tells us that blind loyalty to a single leader and a willingness to engage in political violence is fatal to democracy.” And the best example is his leadership.

“Look, I know the last year — few years — have been tough. But today, COVID no longer controls our lives.” Actually, COVID has never controlled our lives, it’s the government that did that.

Otherwise, the rest of his bland speech boils down to, “I am the American people and you are not.” But whatever. By then, he had been babbling for several minutes and everyone had fallen asleep in front of the TV, including the president himself.

Most presidents arrive with a humble spirit and take about three years to become arrogant. Biden, who has been in politics since the Pleistocene, arrived already arrogant and has now moved on to the next state, which is superstardom. That alone explains this claim: “I made a bet on you, the American people, and that bet is paying off.”

What a discovery! I thought it was the American people who had made a bet on Biden. Apparently, in the 2020 election, they changed the laws of democracy which had remained constant since Greece. Biden is therefore the first president in history to reach the White House by casting his vote for more than 80 million Americans and not the other way around. It is a prodigious fact. We should knock down all the busts of Clytenes, father of Athenian democracy in the 5th century B.C., and replace them with busts of the new, fashionable Greek, the immeasurable Joe Biden, famous Athenian and accredited scoundrel.