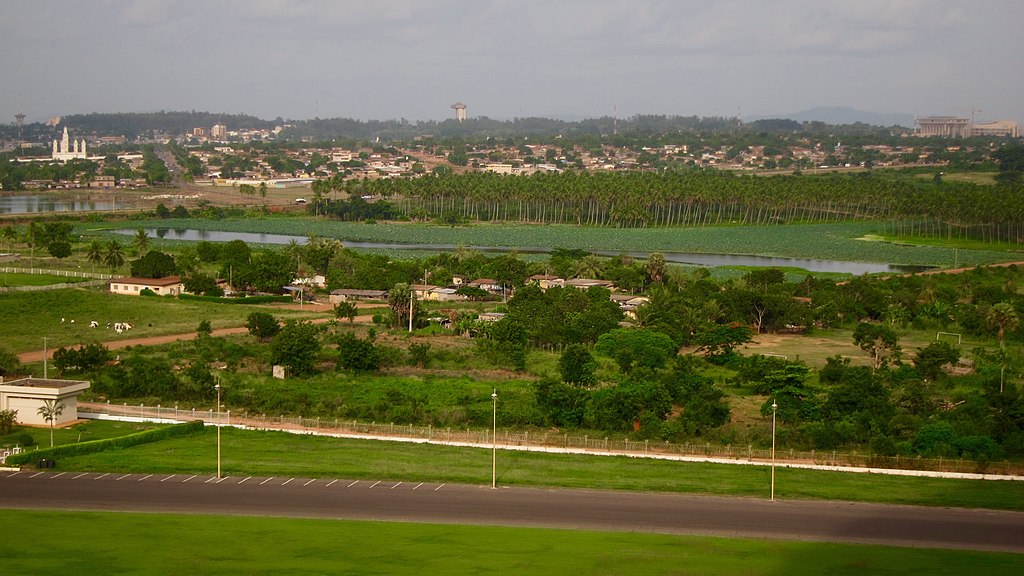 Last Thursday afternoon, I hired a driver from Yango, the Ivory Coast’s version of Uber, to take me to Yamoussoukro, the political capital of Côte d’Ivoire. I wanted to see the Notre Dame Basilica, the largest Catholic church on the continent of Africa. I had already visited St. Paul’s Cathedral in Abidjan, an appallingly amorphous and modernist church that looks like a committee at the United Nations designed it.

Notre Dame Basilica, on the other hand, is recognizably and impressively Catholic. It is modeled after St. Peter’s Basilica in Vatican City and in fact dwarfs it in size. The dome is massive, surely the largest one on the continent of Africa if not the world. Last Friday morning, which was the feast of the Epiphany, I took a tour of the church. Earlier at my hotel, which had an Epiphany scene in its lobby, I mentioned to some staffers that I was heading over to the basilica in the hopes of finding an Epiphany mass. They looked at me blankly. Their total ignorance of the significance of the Epiphany struck me as yet another measure of Catholicism’s decline on the Ivory Coast. This cluelessness contrasts sharply with the devoutness of Muslims, whom I could hear at 5:30 in the morning chanting at a nearby mosque.

My Yango driver delivered me to the basilica, officially called Basilique Notre-Dame de la Paix, around 9. I expected to find at least a few dozen Catholics there on a day as important as the Epiphany. Instead, I walked into an empty basilica, a church that holds 18,000 within its interior and 200, 000 throughout the whole structure. It has a large square similar to St. Peter’s Square with an imitation of the famous “arms of Bernini.”

It looked as much like a ghost town as St. Paul’s Cathedral and made me wonder: How is it that the Ivory Coast, where Catholicism has been declining since the disappearance of French missionaries after Vatican II, boasts the two largest Catholic structures on the continent of Africa? I don’t know the story behind the funding of St. Paul’s Cathedral — though I suspect at least some of it came from the globalist set in Abidjan — but I now know the story behind the basilica’s creation. It was built not by the Vatican or the local Catholic Church but by a billionaire, Felix Boigny, the first president of the country after French colonial rule ended in 1960. Boigny came from a royal tribe in Yamoussoukro that had been converted to Catholicism by French missionaries.

Such was his gratitude to his pre-Vatican II mentors that he decided during the pontificate of John Paul II to build the largest Catholic church in Africa and give it gratis to the Vatican. According to my tour guide, the land for the basilica, which once belonged to Boigny and served as the ground for a vast coconut plantation (coconuts are featured in the basilica’s stained glass, as is Boigny himself) is treated by the government as “Vatican territory,” even though it doesn’t pay a penny for it. To this day, the estate of Boigny, plus entrance fees from tourists, cover all costs associated with the basilica’s upkeep and maintenance.

“It is a church first and a tourist attraction second,” said my tour guide. The reverse looked true to me. I saw no Catholics praying in it. But I did see a gaggle of tourists, though not even many of them. I asked the tour guide about the basilica’s Catholic life. He told me that one mass is held there a day and that it only attracts around 70 people. On Sunday, he said, attendance probably reaches around 700 people. In other words, the basilica is akin to a beautiful mausoleum, striking on the outside, impressive in its decorated interior, but devoid of life.

There is a statue of Pope John Paul II inside the basilica, a nod to his three visits to the Ivory Coast. The guide mentioned that two Polish priests are still on staff, but I can’t imagine that they have much to do. I ran into a woke liberal French priest inside the church and chatted with him briefly. I assume the Polish priests are less flaky. But who knows? All bets are off under Pope Francis, for whom heterodoxy has become the new orthodoxy, evident in his phoned-in funeral Mass for his more traditional predecessor. The ”social justice” church of Pope Francis has been a spectacular failure in Côte d’Ivoire, where it has fallen badly behind Islam and Protestantism. As one Ivorian Muslim put it to me, the Church on the Ivory Coast suffers from an addiction to “money, power, and sex” without any discernible interest in real religion. Christians with whom I have spoken, meanwhile, keep their distance from ascendant Muslims, considering them “weird.”

Boigny’s basilica is a tribute not to post-Vatican II Catholicism, which has proven incapable of growth, but to the orthodoxy of French missionaries who impressed upon the budding billionaire the importance of transcendent faith in Jesus Christ and his Church. The basilica gives me some hope if only because I suspect it will serve as a glorious resource for the Church in the future after the Catholic faith one day rebounds.