by George Neumayr
Aftermath of the riots in Minneapolis (Justin Berken/Shutterstock.com) 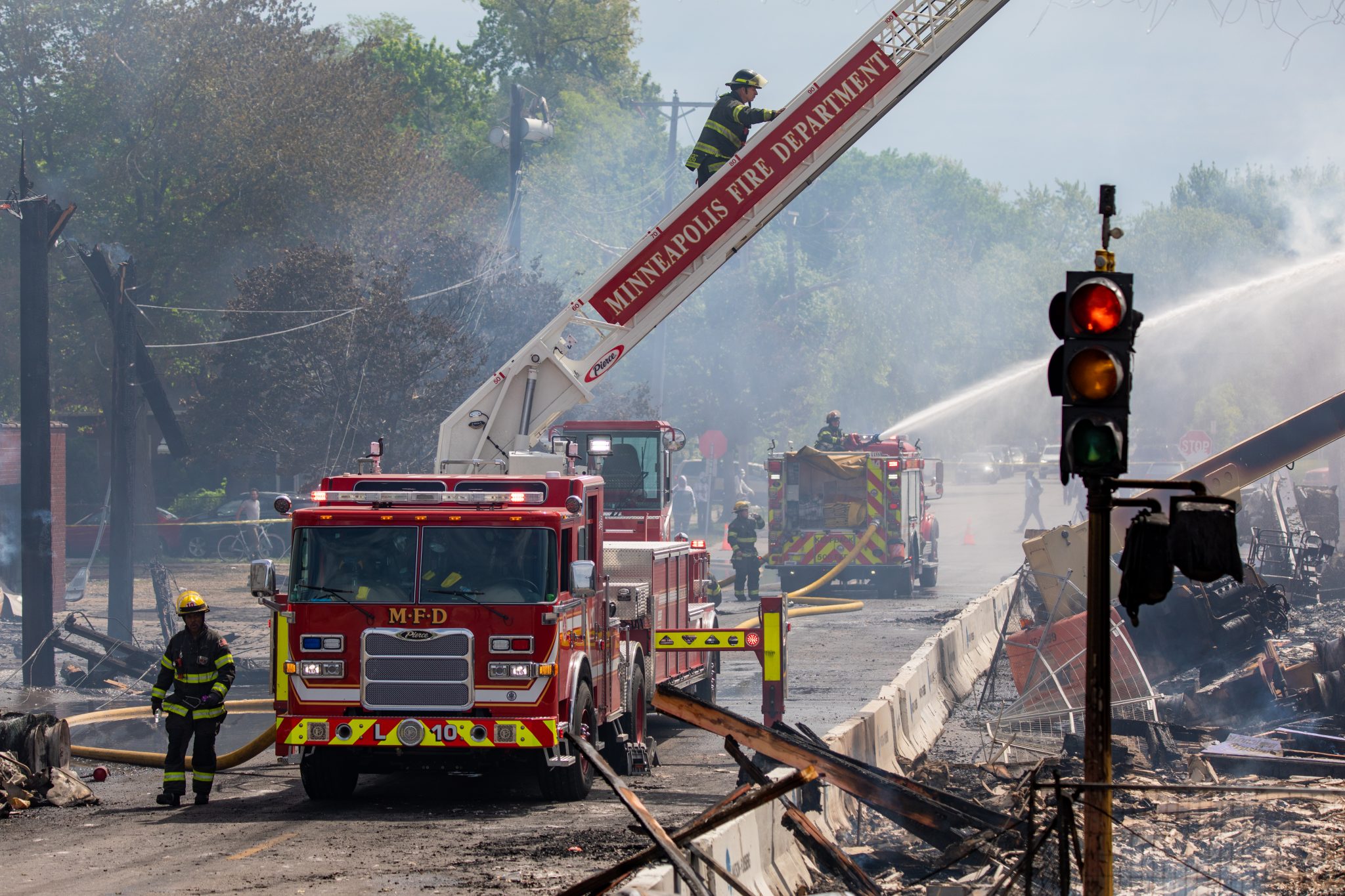 While the clergy cobbled together their lame statements on racism, a criminal underclass set fire to buildings and cars across the country this last week. The mobs are proof of a crumbling America, but that’s not what preoccupies the minds of pastors. What shocks their consciences is not the widespread lack of virtue but “systemic problems,” whatever that means.

The U.S. bishops who couldn’t be roused to defend the “essential” character of worshipping God during the coronavirus crisis did find time to make a statement about racism this last week. As a police precinct in Minneapolis was being burned to the ground, they offered up such profundities as, “While it is expected that we will plead for peaceful non-violent protests, and we certainly do, we also stand in passionate support of communities that are understandably outraged. Too many communities around this country feel their voices are not being heard, their complaints about racist treatment are unheeded, and we are not doing enough to point out that this deadly treatment is antithetical to the Gospel of Life.”

One would think the barbaric unrest might frighten clergy into focusing on the fundamentals of faith and making their flocks virtuous.

George Floyd is the victim of police brutality. But is racist police behavior actually on the rise? Not according to Heather Mac Donald, who has studied the matter closely. At National Review in 2019, she wrote,

A new study published in the Proceedings of the National Academy of Sciences demolishes the Democratic narrative regarding race and police shootings, which holds that white officers are engaged in an epidemic of racially biased shootings of black men. It turns out that white officers are no more likely than black or Hispanic officers to shoot black civilians. It is a racial group’s rate of violent crime that determines police shootings, not the race of the officer. The more frequently officers encounter violent suspects from any given racial group, the greater the chance that members of that racial group will be shot by a police officer. In fact, if there is a bias in police shootings after crime rates are taken into account, it is against white civilians, the study found.

The authors, faculty at Michigan State University and the University of Maryland at College Park, created a database of 917 officer-involved fatal shootings in 2015 from more than 650 police departments. Fifty-five percent of the victims were white, 27 percent were black, and 19 percent were Hispanic. Between 90 and 95 percent of the civilians shot by officers in 2015 were attacking police or other citizens; 90 percent were armed with a weapon. So-called threat-misperception shootings, in which an officer shoots an unarmed civilian after mistaking a cellphone, say, for a gun, were rare.

Yet the premise of the statement from the U.S. bishops is that racist police behavior exists as an epidemic throughout the country. How does that contribute to peace? They are simply pandering to a mob that is not interested in justice but power — power with which, as we have already seen, they commit new injustices.

One would think the barbaric unrest might frighten clergy into focusing on the fundamentals of faith and making their flocks virtuous. But it never does. It just makes them even more political. They are desperate to be “relevant,” even as their religions grow less and less relevant to the moral condition of the country.

The U.S. bishops see in a crumbling America not a disintegration of decency, which they have a special role in addressing, but a lack of racial understanding, as if multicultural seminars and the like could solve the problem:

We join our brother bishops to challenge everyone to come together, particularly with those who are from different cultural backgrounds. In this encounter, let us all seek greater understanding amongst God’s people. So many people who historically have been disenfranchised continue to experience sadness and pain, yet they endeavor to persevere and remain people of great faith. We encourage our pastors to encounter and more authentically accompany them, listen to their stories, and learn from them, finding substantive ways to enact systemic change. Such encounters will start to bring about the needed transformation of our understanding of true life, charity, and justice in the United States. Hopefully, then there will be many voices speaking out and seeking healing against the evil of racism in our land.

“Enact systemic change,” they say. We have heard this blather for decades. All it has produced is an even larger criminal underclass, to whom “moral leaders,” as we have seen over the last week, cede even more ground in the name of an utterly empty “enlightenment.”