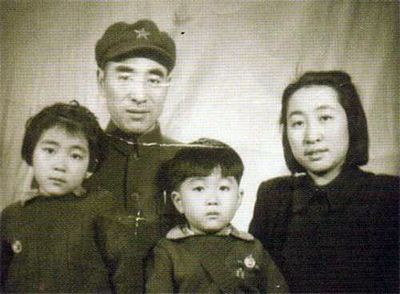 On September 13, 1971, Lin Biao, China’s defense minister, died in an airplane crash. What made his last flight memorable was that he was fleeing to the Soviet Union after he was discovered plotting a coup against party General Secretary Mao Zedong. Lin’s plane ran out of fuel. Or so goes the official story advanced by the Chinese Communist Party.

This was an early and extreme version of the “cancel culture” so prevalent in America today. Fall afoul of the PC polizei and you are likely to find yourself in a professional and personal plane crash. Your best hope is to grovel before your oppressors, demonstrating sufficient abject remorse and engaging in enough self-flagellation to win relief from the draconian sentence normally imposed. Luckily, the current penalties for independent thought remain less those than under Mao.

Now the villains are racists and homophobes rather than capitalist roaders and revisionists. The most important difference today is the mob’s determination to ruin those with whom one disagrees.

Lin was one of the CCP military leaders who made the revolution a success. Within a decade of the communists taking power he became minister of national defense and vice premier. By the end of the 1960s he was officially anointed as Mao’s successor — a dangerous position to occupy while the Red Emperor was still alive. Especially during the Great Proletarian Cultural Revolution.

Like many great historical figures, Mao had enormous skills and weaknesses. The son of prosperous peasants, he joined the nascent communist party, rose within the ranks, and drove it to victory. On October 1, 1949, he announced the creation of the People’s Republic of China.

However, even after the CCP’s victory he fueled conflict. In the early years came consolidation of victory across his vast, populous nation: there were many class enemies and opponents of the revolution to neutralize and punish. He was the dominant voice demanding the PRC’s entry in the Korean War, turning the imminent allied victory over North Korea into a bloody two-and-a-half-year stalemate.

He briefly invited criticism of the party leadership, before turning on those who obliged. He then led successive drives against those seen as adversaries, including the Sufan Movement, which aimed at supposed counter-revolutionaries, and Anti-Rightest Movement, which targeted any and all detractors, even on the far left. Next came the disastrous Great Leap Forward, which lead to mass starvation and the deaths of tens of millions. Even senior party officials feared telling him the truth about his bizarre directives, which ranged from backyard steel production to collective agricultural cultivation. Eventually he was pushed aside into a more ceremonial role.

Not one to subordinate his ambition to the welfare of his more than 700 million countrymen — he made light of the threat of nuclear war because he believed that China had more than enough people to replace any killed — Mao launched the Cultural Revolution in May 1966 to cleanse the party of capitalists, capitalist roaders, rightists, traditionalists, revisionists, bourgeois remnants, and anyone else lacking sufficient revolutionary fervor. Which, conveniently, could be summed up as anyone who doubted his leadership after he had thrown the country into chaos, forced crackpot theories on more than a fifth of mankind, caused untold death and devastation, and treated the slightest criticism as disloyalty. The ultimate objective was to again make “Mao Zedong thought,” which had already killed millions, the governing standard in the PRC.

Mao called for the young to go forth and ferret out the people’s enemies. They were “to rebel” and “bombard the headquarters,” as well as most everywhere else. The infamous Red Guards spread across China, waving copies of the Little Red Book of Mao’s slogans. (It became a popular export; as a high school student I bought a copy in London’s Hyde Park in the early 1970s.) Their “struggle sessions” were highlighted by coerced “self-criticism” and public humiliation of anyone deemed insufficiently radical. Anyone in authority could be dragged before a crazed mob. Individuals with Western connections could be punished while their homes were ransacked. Universities were closed, education was abandoned, students were sent into the countryside to work and “learn from the peasants.”

The images of the Cultural Revolution remain indelible more than a half century later. People beaten to death. Crowds of automatons waving red books and chanting in unison. Accomplished professionals sitting wearing dunce caps while being harangued by baying crowds. Demands for confessions of manifold ideological crimes. People fired, discredited, exiled, and impoverished by an ideologically crazy and politically manipulated mob. The normal, reasonable, professional, and sensible being sent to be reeducated in the crazed ideological ruminations of a self-absorbed dictator. An entire generation gone mad, without education or work while passionately oppressing neighbors and governors at the behest of the Red Emperor determined to reassert control of the people’s revolution while living in luxury in Beijing’s Zhongnanhai compound.

No one, and nothing, was safe from Mao’s legions, who targeted the foreign, the ancient, the individual, and the private. Those who lived through the period — a friend of mine spent her childhood in violent chaos, eventually escaping to America — have horrid stories to report. One of the most vivid memoirs came from Nien Cheng’s Life and Death in Shanghai. The English-speaking anglophile was accused of being a spy and jailed for seven years, while her daughter was beaten to death.

The paranoid Mao loosed the Red Guards on his party enemies, including Liu Shaoqi, China’s president, who died in prison. Deng Xiaoping, who was later recalled by Mao and became “paramount leader” after the latter’s death, went through a time of rural exile. Many other top officials, including the then-young Xi Jinping’s father, also were purged in one fashion or another.

The campaign was led by Mao’s wife, the former actress Jiang Qing. Anyone concerned about their own position, such as Lin Biao, joined in. He had risen by supporting Mao despite privately recognizing that the Great Leap Forward had been a disaster. Indeed, he became defense minister when his predecessor was removed for the temerity of publicly criticizing Mao’s policies. In 1966, Lin’s recompense for doing Mao’s dirty work was being named CCP vice chairman. Three years later he was proclaimed Mao’s successor, which proved to be his doom. Soon Mao was suspicious that Lin would move against him and planned to purge his most loyal, though cynical, supporter. The facts surrounding Lin’s subsequent flight remain unclear — after Mao’s death the Chinese government destroyed many of the relevant official records — but he and his family likely chose to flee what they believed to be his imminent political demise.

Mao declared the end of the Cultural Revolution in 1969, but the mix of party purge/civil war/paranoid extravaganza only ended on Mao’s death in 1976. At which point the “normal” communists reasserted control, arresting Jiang and three colleagues, the infamous “Gang of Four.” Soon Deng triumphed as the CCP shook off Maoism and decided to address the real world. From that stemmed Beijing’s turn toward the market and its rapid economic rise.

Unwilling to admit that it had taken power through the zeal and labor of an erratic madman, the party declared that Mao had been 70 percent good, so his leadership warranted continuing respect. What are tens of millions of dead among friends, after all? His childhood home in Hunan province is preserved. His tchotchke is on sale across the country. His portrait adorns the Gate of Heavenly Peace in Tiananmen Square. His massive mausoleum is a popular tourist site. (I visited a few years ago, joining the throngs who passed through an entryway with a massive bronze statue, where visitors piled flowers, before moving on to view his body, actually thought to be a wax replica.) Until recently few Chinese did more than pretend that his life offered positive lessons for the PRC today, but President Xi appears to be modeling Mao, tragically turning China back toward brutal totalitarianism, to its people’s terrible detriment.

Today America is going through its own Cultural Revolution, though thankfully much more genteel than that in China. In America the loony mob of left-wing purists seeking to cleanse the revolution is usually virtual. Victims still are expected to grovel and beg, but without the dunce cap. Rarely are homes destroyed, though businesses have become fair game, especially if their wares include jewelry or designer handbags. In the latter cases white auxiliaries of BLM heroically empty retailers of their oppressive products, later enduring the indignity of sacrificially using them.

What marks today’s cancel culture is not criticizing those with whom one disagrees. Or with challenging those who promote ideas viewed as offensive. Both are inherent aspects of free speech, even though the suspect categories have changed. Now the villains are racists and homophobes rather than capitalist roaders and revisionists. The most important difference today is the mob’s determination to ruin those with whom one disagrees. Disagreements over ideas no longer are just disagreements over ideas. Rather, they are evidence of depravity, immorality, indecency, even insanity.

So self-righteous mobs demand that anyone with unpopular thoughts be denied publication, disciplined by employers and professional associations, and fired from their jobs. Those targeted are expected to engage in the online version of self-criticism sessions during the Cultural Revolution. Apologies and acknowledgement of heresies from progressivism are the bare minimum acceptable. Weepy promises to resolutely adhere to the most radical left-wing agendas in the future are expected. Of course, reeducation, directed by well-compensated, mostly white professionals who make a living selling such nonsense as “white guilt” and “white fragility” is mandatory. Even then, those deemed as insufficiently obsequious are targeted for personal destruction.

Campus pseudo-revolutionaries, likely unconsciously, have adopted the Maoist Red Guards as their model. However, the original movement came to a bitter end. The Left’s cancel culture may suffer a similar fate. Violent left-wing sanctimony already is generating pushback, including from genuine liberals who believe in the moral necessity and practical importance of free speech.

As Lin Biao discovered, even the most fervid supporters of totalitarianism can, and often do, end up as its victims. Today’s architects of progressive oppression may learn the painful lesson that revolutions tend to eat their own. Once the cancel culture has taken over, even the Left will find few barriers behind which to hide.