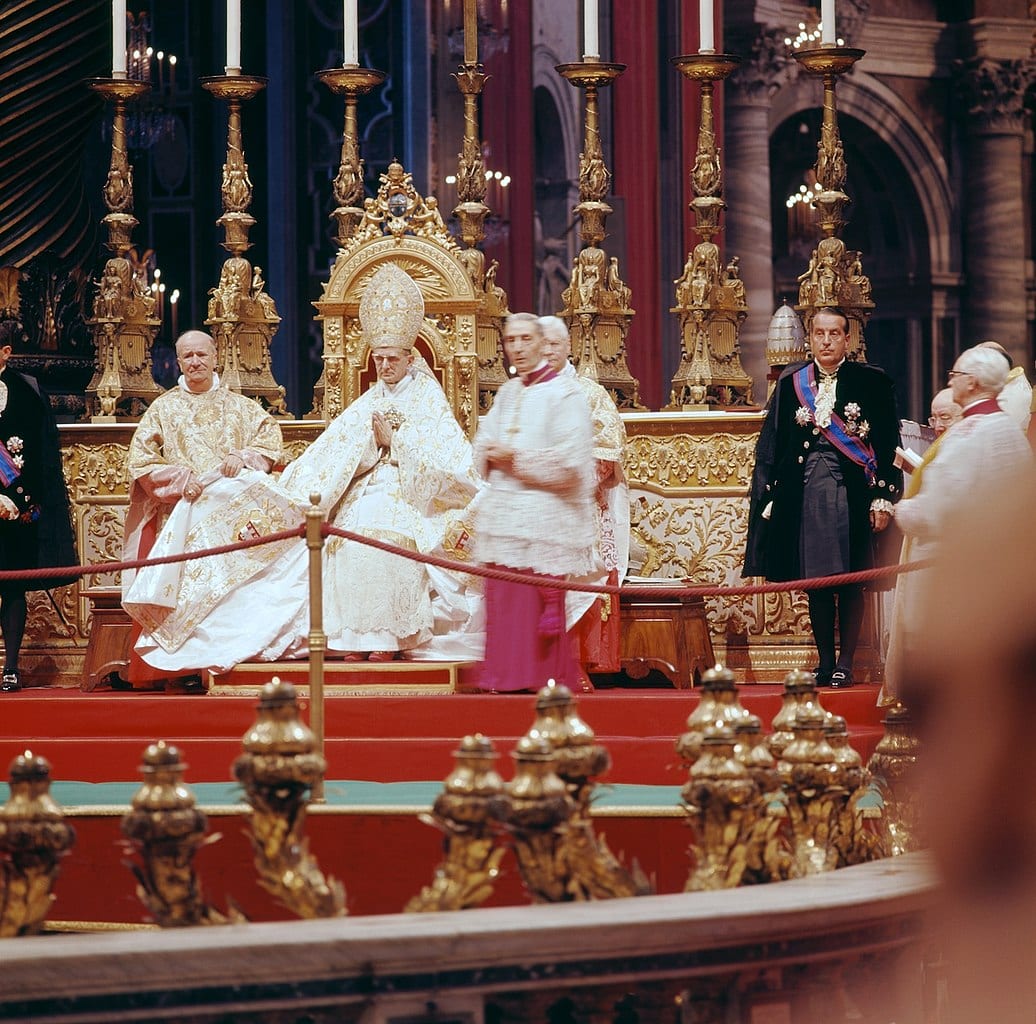 In their  American Spectator open letter to the American bishops, Bob Luddy and editor R. Emmett Tyrrell have correctly called the Catholic priest abuse scandal horrific and demanded that the bishops, priests, and administrators who failed to resolve these crimes in their jurisdictions resign or be fired. Apparently Cardinal McCarrick had been disciplined by Pope Benedict but refused to comply and should be first out the door with the other abusers and those covering up, no matter how high it reaches.

The Pennsylvania 40th Statewide Investigating Grand Jury Report documents what happened in minute detail and must be the guide to future reform.The Jury reviewed a half million “internal diocesan documents” and found “credible allegations” that over 300 priests abused more than a thousand mostly teen boys, many prepubescent, and a few girls. In its 1,300 pages it presents multiple examples of children being taking advantage of that should never be allowed to occur again.

In reporting the awful incidences, the policy focus is on the cover-up by the higher authorities. The Jury described seven steps that constituted the cover-up process. First, “use euphemisms rather than real words to describe the sexual assaults in diocese documents. Never say ‘rape’; say ‘inappropriate contact’” (actually, few of these cases involved rape). Second, evaluate abuse reports using “fellow clergy” rather than “properly trained personnel.” Third, further evaluate charges at “church-run psychiatric treatment centers.” Fourth, keep facts secret from parishioners. Fifth, keep providing housing and living expenses to the accused. Sixth, after psychiatric treatment transfer them to a new location where no one knows about abuse charges. “Finally and above all, don’t tell the police.”

Certainly when crimes were committed, those who knew about them should have reported them to the police so that the perpetrator could have been punished. Most states have laws against failure to report crimes against children and many states do not even have statutes of limitation for them. In Pennsylvania, limits on reporting abuses for serious sexual offenses against a minor do not start accumulating until the minor reaches age 18 and the time for making charges extends for 12 years thereafter. Most offenses in the Report go back many years so it is too late to file them now, leading the Jury to recommend that these reporting limitations be removed by law.

Justice against the individual perpetrators must be handled by the court system, but the charges against the bishops and other church officials represent a broader social question. How did this happen? Partially, there was a conspiracy to promote male child abuse. The Grand Jury “uncovered a ring of predatory priests operating within the Diocese (of Pittsburgh) who shared intelligence or information regarding victims as well as exchanging the victims amongst themselves. This ring also manufactured child pornography on Diocesan property, including parishes and rectories. This group included: (George) Zirwas, Francis Pucci, Robert Wolk, and Richard Zula. This group of priests used whips, violence and sadism in raping their victims.”

There was no evidence the bishops were involved with or aware of the group. But many were involved in covering things up. “Sixteen years ago, the media — not law enforcement — exposed a significant cover-up of clergy sex abuse,” with the Boston Globe identifying 150 or more priest abuses in 2002, a Philadelphia archdiocese grand jury finding over 60 in 2005, and an Altoona-Johnstown report naming about 50 abusers in 2006. In June 2002, the United States Conference of Catholic Bishops responded with a “Charter for the Protection of Children and Young People.” It “established procedures calling on dioceses to take stronger action when crimes against children were reported.” It “didn’t require bishops to actually expel abusers, but it did for the first time acknowledge publicly that they should be kept away from children” when “there is sufficient evidence that sexual abuse of a minor has occurred.” But ultimately the decision was left to the bishop and his administrators.

Yet, it was not just the Church. The Jury found:

There were numerous instances where law enforcement gave deference to the religious institution. Whatever the motives for that deference, it left children without their rightful civic watchdogs. The government did not act on the abuses.…

It wasn’t really until the press exposed the story, in Boston, that things began to change.

The question remains, how did this happen? The serious analyst David Von Drehle suggests two main causes. “Love it or hate it — or anywhere in between,” he begins, the Catholic Church is “one of the most important, influential institutions in world history.” No other has “built more schools, colleges, hospitals, orphanages and clinics” or “endowed more masterpieces” of art and music. With 17,000 U.S. clerics, “a majority of priests have carried out their ministries without offense,” so that the problem rests primarily with the leadership, the bishops and top officials.

The first of the major causes is “the age old problem,” ever since the “alliance with the Roman Emperor Constantine,” that the “Catholic hierarchy has been tempted by power.” This is clearly true but Von Drehle understands this as bishops employing “secrecy and deceit to promote the heresy that the priesthood is superior to the people in the pews,” ruling “by edict rather than by example.” While this charge has its truth, hierarchy is inherent rather than a heresy in Catholicism and is not a major issue for most of its adherents. What is an issue is that the hierarchy often does not follow the edicts it issues. The actual temptation to power is hierarchy bending to Constantine and later temporal powers in city, state, and national governments and media requiring accommodations sealed by favors, good P.R., and monetary grants.

Von Drehle’s second cause “is the church’s unfortunate negative obsession with sex — a problem it shares with many conservative Protestant congregations,” a “gospel of no-nos.” Here he has it almost backwards. The problem is that the post-Vatican Council II (1960-65) Church leaders, especially in the U.S., switched from no-no theology to the psychiatry of no evil. The great (non-Catholic) Harvard sociologist Talcott Parsons wrote before the Council met that, while there was much talk of reform by the more progressive bishops supported by church intellectuals, his study of his subject predicted that the traditionalist bishops would prevail as the real institutional power. After the end of the Latin mass, fish on Friday, regular confession, facing God at the altar, and a general liberalization of rights and practices in the documents, Parsons conceded he was wrong not to understand the now leading role of intellectuals in modern institutions.

The radical change in Catholicism was not so much the Council doctrines but what was labeled the “Spirit of Vatican II.” As liberal-become-conservative intellectual Catholic scholar Michael Novak wrote,

It was as though the world (or at least the history of the Church) was now to be divided into only two periods, pre-Vatican II and post-Vatican II. Everything “pre” was then pretty much dismissed, so far as its authority mattered. For the most extreme, to be a Catholic now meant to believe more or less anything one wished to believe, or at least in the sense in which one personally interpreted it. One could be a Catholic “in spirit.”

And ignore the edicts, in other words.

Weekly church attendance went down from two-thirds to one-third of the U.S. Catholic population. Sin was out the door and apparently everything else was in. Sex was natural and not to be inhibited hetero or homo. If there was a problem, psychiatrists could be consulted since it was all social disorders. When the properly trained expert said it was cured, send him back to work. While adultery and active homosexual activity were still officially condemned as “intrinsically disordered,” in the actual confessionals the teaching from the seminaries was tolerance and not to be judgmental. And if it was not immoral why should it be illegal? Wasn’t Jesus tolerant of all? Was he even historical? Wasn’t he married to Mary Magdalene? It was not until after Boston in 2005 that it became official Vatican policy not to accept those who support the “so-called gay culture” into seminaries.

The good news for such an important institution as the Catholic Church is the Grand Jury conclusion. “On the whole, the 2002 Charter did move things in the right direction.” The Church “seems much more open” and generally now reports abuse to the police. “This isn’t to say that the church is cured of the scourge of child sexual abuse.” It noted that its own recent prosecutions show that there are still abusers. But actually, only two new cases were found by the Jury, although even that is two too many. Evil will always exist but now is the time to end progressive yes-yes and clear the decks of those responsible for the abuses.

Donald Devine is senior scholar at the Fund for American Studies. He is the author of America’s Way Back: Reclaiming Freedom, Tradition, and Constitution and Reagan’s Terrible Swift Sword: Reforming and Controlling the Federal Bureaucracy. He served as President Reagan’s director of the U.S. Office of Personnel Management.