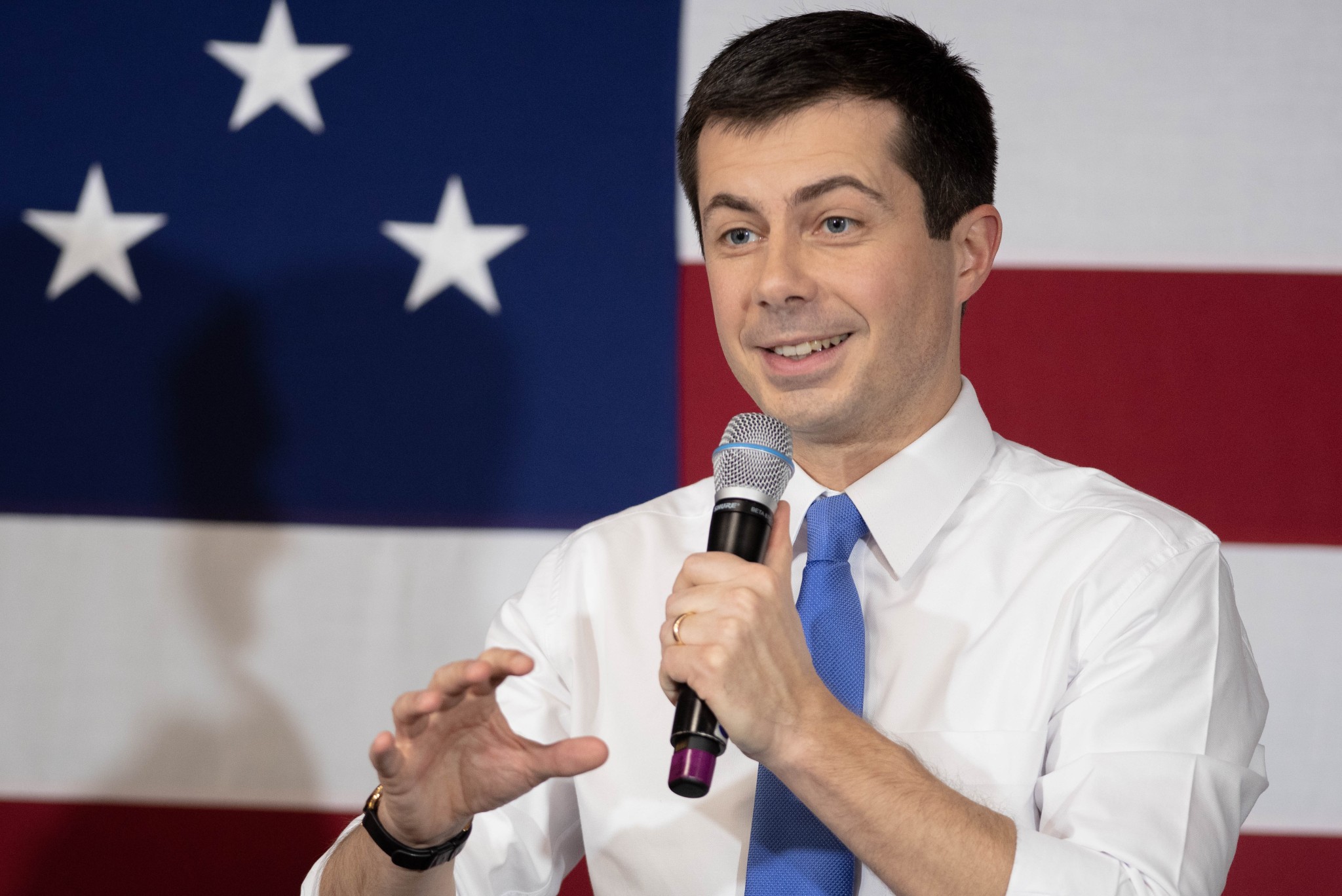 There’s an iconic scene from the movie Braveheart in which King Edward Longshanks, the declining tyrant who serves as the villain of the show, returns from warring in France to find his kingdom at threat from William Wallace’s Scottish rebels. The Scots have sacked the city of York and sent the severed head of the garrison commander home in a bucket.

And Longshanks’ foppish son Prince Edward, who was put in charge of the Scottish problem, is awfully nervous about the accounting his father’s return brings.

It’s hard not to recall the scene when examining the worsening situation of our national supply chain, in which hundreds of thousands of shipping containers are sitting idle on ships anchored off California ports and in warehouses and distribution facilities while shelves at stores — and worse, at groceries and supermarkets — begin to empty.

And Thursday, what was inevitable became reality when Republicans on Capitol Hill began pointing the finger at America’s version of Prince Edward, Transportation Secretary Pete Buttigieg.

Buttigieg is a rather queer choice for Transportation Secretary. Not just because he’s a member of the LGBTQ community, and obnoxiously so. Buttigieg ran for president in 2020 not so much on the strength of his accomplishments, of which there were none; he was the mayor of South Bend, Indiana, a college town of 100,000 people which exists more or less to service the University of Notre Dame and largely runs itself except for its peculiarly elevated murder rate during his time in office. He ran on the fact that he is openly, and obnoxiously, gay — the central precept of his campaign being that Christians objecting to his lifestyle were bad at religion while he is not.

This interesting brew of queer sanctimony and absence of any demonstrable executive success was strangely attractive to the Democrat base electorate, so much so that Buttigieg fared far better than many of the more accomplished contenders in the 2020 primary field like Tom Steyer, Mike Bloomberg, Andrew Yang or even Kamala Harris.

As such, Buttigieg was given the job of Transportation Secretary without any particular reason to think he could do it. Somewhat like Prince Edward had the defense of the realm dropped in his rather leaky lap.

The results have been predictable, though the optics around them have not. We were always going to have supply chain challenges given the disruptions from COVID-19 and the bad public policy decisions arising from them. But naturally, the emanations and penumbras from the Green New Deal being put in place in places like California have all but destroyed the trucking industry, and COVID lockdowns haven’t made things any better. While the supply chain situation was bad even before the Biden administration took office, every decision it has made has failed to improve things.

Now, Biden has Circleback Girl Jen Psaki admitting they’ve ruined Christmas, the president is stumbling through speeches calling for the Port of Long Beach to be open 24/7, prices are skyrocketing and American retail is beginning to take on a Venezuelan feel.

Which led Sen. Tom Cotton to open up on Buttigieg…

Pete Buttigieg couldn’t organize a one car funeral—he’s not going to organize our ports, railroads, highways, and airports. pic.twitter.com/Fh0NjbgGFx

It’s worse than all this, though, because Buttigieg isn’t even working his job. Not that he’d be any good at it if he was making an effort, but he’s phoning it in while all this is going on.

Do you remember this?

Chasten and I are beyond thankful for all the kind wishes since first sharing the news that we’re becoming parents. We are delighted to welcome Penelope Rose and Joseph August Buttigieg to our family. pic.twitter.com/kS89gb11Ax

That was in early September. Buttigieg had been lollygagging and canoodling with his husband and their two newly adopted children for two weeks at that point. The administration put together a useless task force headed by a former Obama bureaucrat back in July and they’ve been hosting zoom calls since then to talk aimlessly about the supply chain problem.

But actually working the problem? Actually changing federal policies to, say, get truck drivers and stevedores back to work?

It’s now mid-October and Buttigieg is still on paid leave while you can practically walk to China on the decks of the ships lined up from Long Beach. Sen. Marsha Blackburn blew up over that subject when interviewed by Breitbart this week…

We’re in the middle of a transportation crisis, and Pete Buttigieg is sitting at home. Meanwhile, cargo boats are unable to dock and shelves are sitting empty. Pete needs to either get back to work or leave the Department of Transportation. It’s time to put American families first.

It’s enough to recall the famous Braveheart scene. Except nobody is getting thrown out of that window.

And William Wallace is a good three years away.

Blackburn was actually too nice. In a sane world, Buttigieg wouldn’t have a choice to get out of that birthing bed (which, really?) and go back to work. In a sane world he’d have been thrown out of that window and somebody with some actual qualifications in transportation and logistics would be put in charge of DOT.

We don’t have that. We have an administration based on identity, not competence, and everything is falling apart as a result.