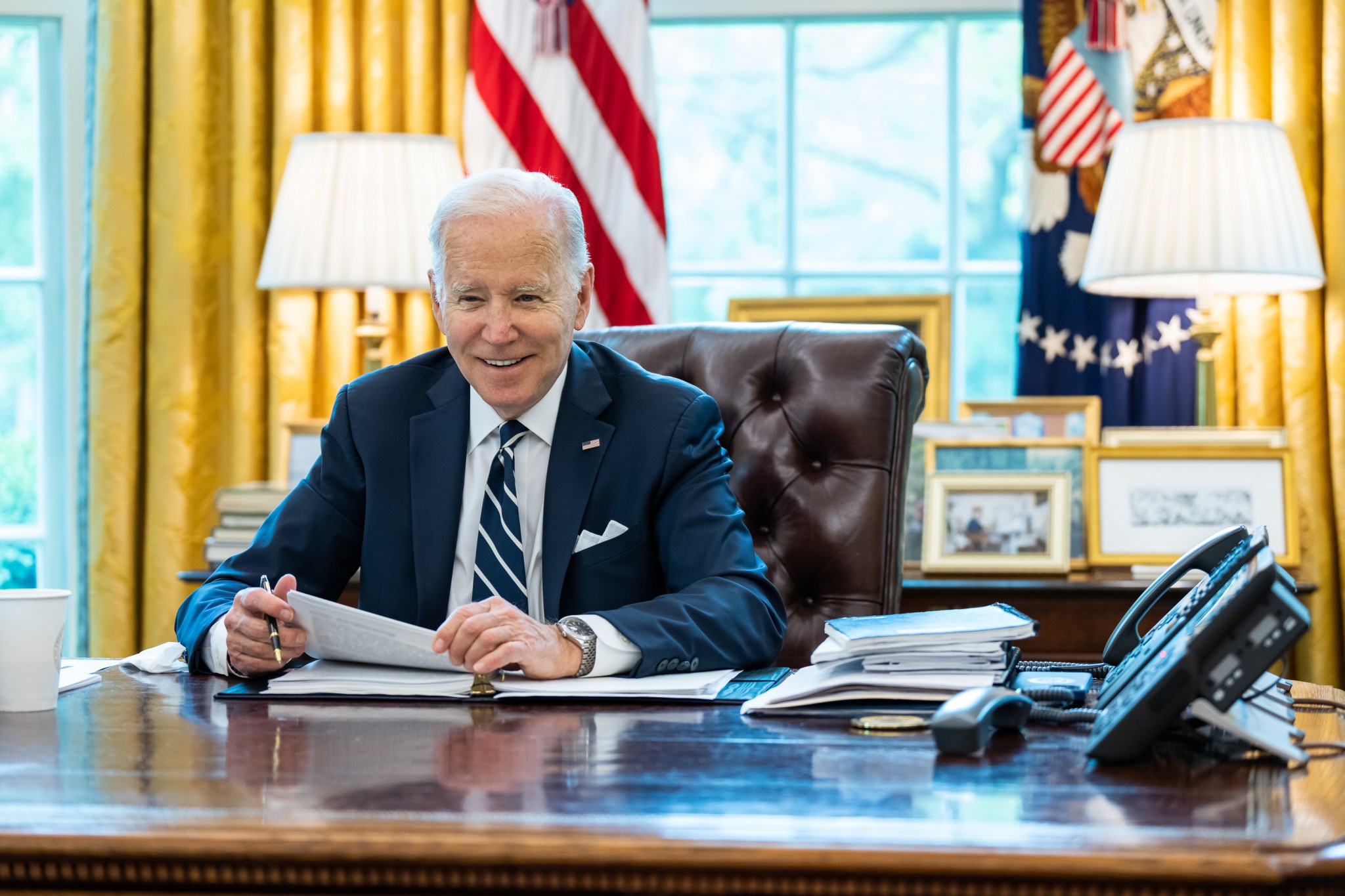 “Abuse of words has been the great instrument of sophistry and chicanery, of party, faction, and division of society.”

The Biden administration has mastered sophistry, the use of ostensibly logical but erroneous arguments that are intended to deceive — or at least bamboozle.

First, on Thursday the Bureau of Economic Analysis confirmed that second-quarter gross domestic product contracted by 0.9 percent. As first-quarter GDP contracted by 1.6 percent, we now have evidence of what one hopes is a mild recession. Two successive quarters of contraction have been the accepted definition of a recession since 1974, as then defined by the late economist Julius Shiskin, whose career spanned the Census Bureau, Office of Management and Budget, and Bureau of Labor Statistics.

After saying earlier this week that there would be no recession, President Joe Biden said that it is “no surprise that the economy is slowing down.” And, not waiting for the data from the Bureau of Economic Analysis to go public, Federal Reserve Chairman Jerome Powell said he does not believe that the U.S. is in a recession. Because the labor market is strong and consumers are still spending money, the administration would contrive the argument that these conditions negate the idea that a recession is now upon us.

Adding to the bubbling brew of confusion, on Sunday Treasury Secretary Janet Yellen said that two quarters of contracting GDP is not the technical definition of a recession, but rather the common definition. By this logic, a thing can both be and not be at the same time. And in a stunning example of verbose equivocation, attempting to give cloud cover to the administration, Newsweek has added its own intellectual chaos.

Second, the causes of inflation have also been subjected to a rich tapestry of sophistry by the Biden administration. Yellen had initially viewed inflation as a “transitory phenomenon.” More recent blame has been attributed to sanctions on the Russian energy sector, the Russian naval blockade of Ukrainian ports which prevents the export of food grains, and general supply chain congestion due to accelerated demand as the COVID-19 pandemic runs its course. No doubt these are what are known as cost-push factors; energy and food costs are excluded from the formula for core inflation. And, it has been pointed out that, while gas prices are generally beyond the control of the Federal Reserve, the administration did a victory lap when the price of gas declined about 18 cents in the past week — omitting the fact that they are still double what they were when Biden came into office.

Further, between fiscal years 2020 and 2021, spanning two administrations, the U.S. government has expended over $13 trillion on COVID-19 emergency actions and other ventures. This money must come from somewhere — and it does, as the Department of the Treasury issues securities. Not only that, but the Federal Reserve was also late in addressing inflation, according to both former Federal Reserve Chairman Ben Bernanke and former New York Federal Reserve Bank President William Dudley. It is a time-honored principle of monetary economics that inflation is caused by “too much money chasing after too few goods,” in the words of the venerated economist and Nobel Prize laureate Milton Friedman of the University of Chicago. In its rush to pretend that Washington bears no responsibility for rampant inflation, the Biden administration has ignored this basic principle — omitting the complete picture.

Third, the first instance of sophistry occurred last August when Secretary of State Antony Blinken, in regard to the botched U.S. withdrawal from Afghanistan, stated reassuringly, “This is not Saigon.” Obviously, Afghanistan is not Saigon, now known as Ho Chi Minh City. As I wrote in The American Spectator at the time, the U.S. withdrawal from Afghanistan was far worse than the fall of Saigon, as it has cast doubt on the reliability of the U.S. as a strategic partner. The perception of a lack of American resolve would seem to have emboldened Russian President Vladimir Putin to attack Ukraine in February and encouraged President Xi Jinping of China to ratchet up the belligerence in reference to Taiwan, increase naval activity in the South China Sea and near Taiwan, and, most recently, threaten retaliation should House Speaker Nancy Pelosi visit Taipei.

The “r” word has the capacity to frighten. Unfortunately, recessions of varying strength are often needed to moderate inflation when it reaches an unacceptable level. The downside is rising unemployment — it is hard to have it both ways. But instead of confusing the country about technical and common definitions of inflation, missing the point about expansive monetary policy, and downplaying the disaster that was Afghanistan, the Biden administration should level with the American people. Given Biden’s approval rating of 36 percent — according to the liberal NPR — it looks like they are not buying the narrative.

Intellectual honesty, not sophistry, is the best policy. But if the Biden administration cannot define a woman, how can it define a recession?