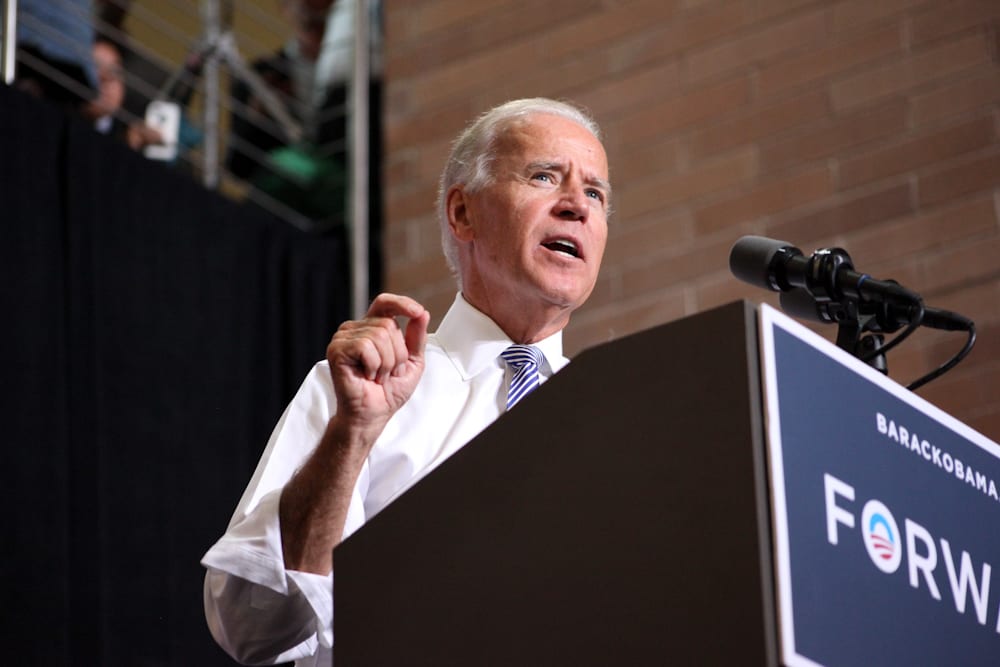 President Donald J. Trump enjoyed an unlikely (and, therefore, historic) victory over Hillary Clinton in the 2016 presidential election by appealing to working-class voters in the Midwest and the South. While the Democrats played identity politics, Trump and his team specifically targeted the blue-collar, middle-class voters with a simple promise that he would revitalize their ailing communities. Trump’s populist narrative — as well as his brash, entrepreneurial personality — swamped his opponent, the ultimate insider, Hillary Clinton.

As F.H. Buckley points out in his forthcoming book, The Republican Workers’ Party, most modern American presidential elections have been determined by the bloc of voters that went for Trump (in another era, these voters were called “Reagan Democrats”). The mainstream media insists that the Democrats will win 2018 and will be competitive in 2020 against Trump. Regardless of the media’s claim about a pending “blue wave” election in November of this year, such an outcome seems unlikely (Larry Sabato’s crystal ball notwithstanding).

Still, Republicans should not get complacent. After all, the Democratic Party is exactly where the GOP was eight years ago. And, with the election of Donald Trump — a true political maverick — nearly all of the rules governing modern American politics have been thrown out on history’s rubbish heap (along with those pre-written frontpage, fawning New York Times pieces celebrating Hillary Clinton’s purportedly predictable 2016 win). Just because it is rare for a modern American president to lose reelection does not mean that those standards apply to Trump.

In fact, while Trump’s presidency has been more effectively conservative than any presidency since Reagan’s, Trump’s unpredictability has led to an at-times spasmodic presidency (remember Anthony Scaramucci?). Thus, nothing should be taken for granted with the Trump Administration (although, unpredictability is not always bad).

According to the historian Nigel Hamilton, former President Jimmy Carter was elected largely on a populist message that promised to fundamentally reorder Washington. Within two years of the Carter Administration, it was clear to all but the most rank partisans that Jimmy Carter was an inept president. Carter’s presidency was subsequently rebuked by the voters after only one term. A similar outcome could befall Trump in 2020 if he either fails to implement his transformative agenda fully or he faces the kind of Democrat that appeals to the working-class.

Meanwhile, the Democratic Party is in disarray. It finds itself in the exact same position that the GOP did following the 2008 presidential election. Just as the right-wing base of the GOP ultimately did with the Tea Party, the leftist base of the DNC is rapidly reorganizing itself to better comport with the democratic socialist whims of the Left.

Yet, the Democratic Party is divided between outright democratic socialists (such as Bernie Sanders and Elizabeth Warren) and the more technocratic neoliberal-types. Given that as many as 32 different candidates may be running in the DNC primary in 2020, a consensus-type candidate might be what’s needed to unite the Democrats (then again, a consensus candidate might just aggravate everyone on the Left and depress voter turnout).

Recently, President Trump stated his desire to run against the gaffe-prone Biden. Trump should be careful what he wishes for. Of all the potential Democratic presidential candidates, Joe Biden is (shockingly) the most believable one of them all. Yes, Biden, the man who once insisted that “you cannot go to a 7-Eleven or a Dunkin’ Donuts unless you have a slight Indian accent,” has been the butt of jokes for years (so was Trump).

Describing Biden in 2001, Matthew Engel of the Guardian, wrote:

[Senator] Biden was a serious presidential candidate in 1987 until he was discovered plagiarising his speeches from, of all people, Neil Kinnock. He is now considered to be on the eccentrically unpredictable wing of his party.

But, as you’ve seen by now, one decade’s joke in American politics may become the next decade’s presidential heir apparent. And, since Biden was the vice president under the last successful Democratic president, he is the heir apparent in the DNC. In fact, there is ample evidence suggesting that, had it not been for Barack Obama’s personal intervention, Joe Biden was going to run for the party’s nomination in 2016 — purportedly following his late son’s dying wish.

Just seven years after having been placed on the “eccentrically unpredictable wing” of the DNC, Barack Obama nominated Biden as his VP nominee in 2008 — to great fanfare from the very same media that had been mocking Biden for years. Looking at Biden’s decades in elected office, however, it becomes clear that his record is actually not that bad (the character assassination of Clarence Thomas notwithstanding).

Biden was correct about Iraq in 2006, when he argued for a soft-partition of that country following the disastrous American invasion in 2003. He understood that the loss of Saddam Hussein’s powerful central government meant that either Iran or the Salafists in the Sunni population of Iraq would run roughshod over the country. The former vice president also comprehended that the Kurds would likely seek to become a fully independent state (thereby further destabilizing the region). Biden believed that no postwar government in Baghdad would be independent — or powerful — enough to keep Iraq together as it existed under the Baathists. As such, Biden wanted to divide Iraq along its three distinct ethno-religious lines (the Sunnis to the west, the Kurds to the north, and the Shiites to the south).

Washington should have listened to Biden. In fact, Joe Biden’s Iraq might have been better than George W. Bush’s and Barack Obama’s.

Once in office as vice-president in 2009, Biden strongly advocated for what he referred to as the “CT-Plus” (Counterterrorism-Plus) strategy for Afghanistan. Disbelieving that the United States military had any real plan — or hope — for winning the seemingly endless War in Afghanistan, Biden insisted upon a complete overhaul of the strategy. Rather than throwing more Americans and billions of more dollars into the Afghan meatgrinder, Biden wanted to drastically reduce America’s military footprint and focus on counterterrorism missions — using mostly local Afghans, American Special Forces, and CIA paramilitary teams to hunt terrorists.

Biden was derided at the time. Today, the Trump Administration is essentially doing Biden’s CT-Plus strategy in Afghanistan. Since last August, the troop levels in Afghanistan have hovered around 15,000 and there is little evidence that President Trump believes that the war can be won conventionally (or that the White House desires to replicate the Obama troop surge from 2010).

Meanwhile, Biden has a long track record of advocating for the very same kind of economic populism that Trump called for in 2016. Remember, during the 2012 campaign, Biden went around erroneously chanting that “Bin Laden is dead and General Motors is alive” because of his and Obama’s leadership. Like Trump, Biden is politically incorrect (though his political incorrectness is less intentional than Trump’s), and his working-class roots run deep. Biden is a known and well-liked quantity among many of those former “Reagan Democrats” Trump needs to win in 2020.

As for social issues, Biden is decidedly more to the Left than even Obama was. It was Biden, not Obama, who forced the gay marriage issue to the forefront in 2010 (which led to the national legalization of gay marriage). What’s more, Biden is a skilled practitioner of the dark arts of identity politics — going so far as absurdly claiming (in a Trumpian fashion, almost) in 2012 that Republicans wanted to keep African Americans “in chains.” And, with identity politics becoming more of a mainstay in Democratic politics, Biden’s cross-section appeal among Democrats would be doubly more enhanced if he were to nominate a vibrant, young, minority to the VP slot (like, say, former Obama Administration Housing and Urban Development Secretary Julián Castro).

The Battle of the Blowhards

Time will only tell if Joe Biden is the next Lyndon Johnson to Donald Trump’s Barry Goldwater (or if Biden is just another failed consensus candidate, like John Kerry). But, Trump should not get complacent about Biden. After all, according to Biden, the blue-collar middle-class voters love him more than they do Trump. It’s going to get nasty out there if Biden is the Democratic nominee and his prediction about blue-collar workers is true.

Personally, I can’t wait for the inevitable tweet storm between the two septuagenarians over whose campaign rally crowd sizes are bigger.