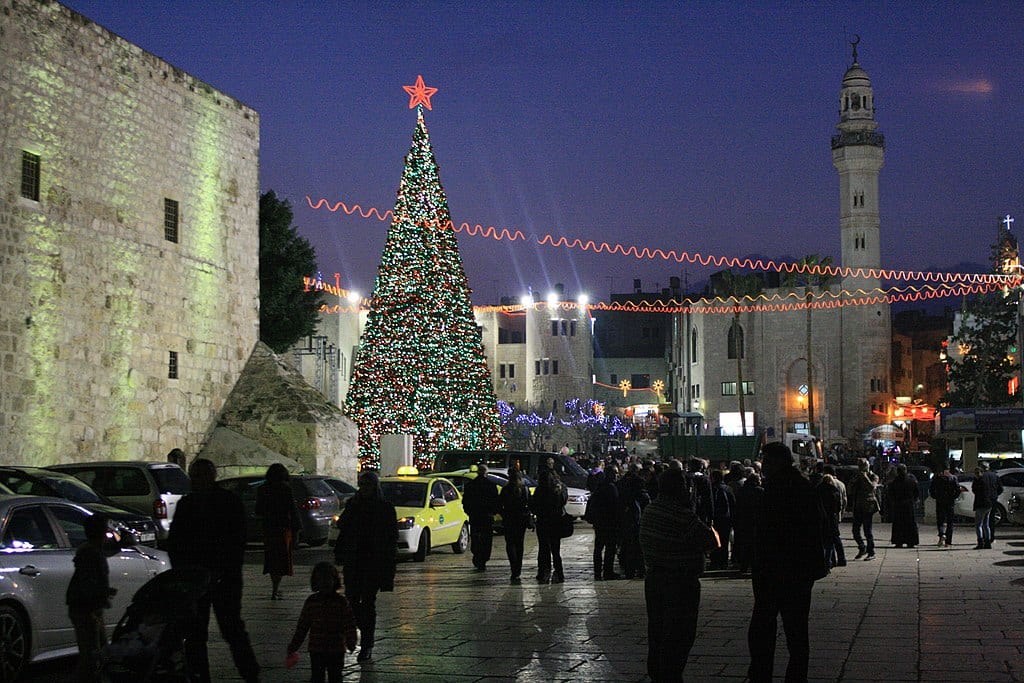 The religion, the faith, the belief-species owing its origin to the Babe of Bethlehem has experienced pangs and pains aplenty in the expiring year.

Not necessarily in order: the mounting moral toll of revelations about clerical sexual abuse; the continued outflux of the bored or skeptical or those who just for one reason or another can’t see the point; the continued deterioration of shall we say popular culture. Can you believe Donald Trump is today’s main cheerleader for “Merry Christmas” as a seasonal anointing? It has come to that.

The commitment to Jesus himself, and not just his feast day, is designed to be passionate. There are no two ways about it. The Babe grew up to make declarations such as “Come unto me, all ye that are heavy laden, and I will refresh you.” He said, additionally, “I am the resurrection, and the life…” He healed the sick and the suffering. He forgave sins. We call this sin business judgmentalism today: the separation of something called “right” from something called “wrong” — In spite of choices to define one’s self in highly personal and individual terms, aligned with inner instinct.

This thing is deep; it is perplexing. It cannot partake of the smells of a stable and of rich spices introduced into the environment of animals. And therefore…

… And therefore people have drawn, as ever, their own conclusions about the Babe — conclusions less favorable, in the year 2018, to the consequences of belief in him. If I believe there is more to this angels-and-stable affair than parties and eggnog, it follows that I must do certain things. Other things — this follows as well — I am not free to do. For the consequent reshaping of daily life, in line with the words of a holy man who never screwed in a light bulb or drove a pickup, not all are ready.

The 2000-year window open since his death and resurrection — waiting to be closed with his promised return — gives commitment a taint of ho-hum, oh-well. Then certain of his priests misbehave, as do many of his professed followers, and it starts to look as though the start of the whole thing — the shepherds and all — is quite the most interesting part.

The trick, at Christmas — and it is quite a trick — is to ignore the background noise of religious scandals and public scoffings and smart-aleck yawns and closings of church doors as congregations wither away. Such sights, far from new, belong to the human experience of facing true immensity. An immensity is a thing no TV analyst can explain, being too immense for that. It is an immense experience to have the Son of God pop up in your midst. I think we should not be surprised at how many, faced with such an experience, avert their eyes. Or say, “Aw, go on…”

A society’s, a culture’s, patronage of the Christmas Event, if only the party part of it, seems tenuous. But is not tenuous better than nonexistent? Tenuous can grow tight and tall in the great reflective mystery of the human imagination.

I think it a bit much to say the Christmas Event might as well not have happened for all the scandals and yawns it fails to suppress in our strange and pressured modern time. I do not know the repertory of the heavenly host beyond what St. Luke reports: “Glory to God in the highest, and on earth peace, good will toward men.” But I submit there had to have been more, possibly snipped by an editor’s scissors to get rid of excess type. There must have been an anthem anticipating the skitterings and flitterings of the human audience for which the Christmas Event came to pass: an anthem like “Hang in there. Stay with us. This won’t be easy. But look Who’s in charge.”

William Murchison is writing a book on moral reformation in the 21st century.