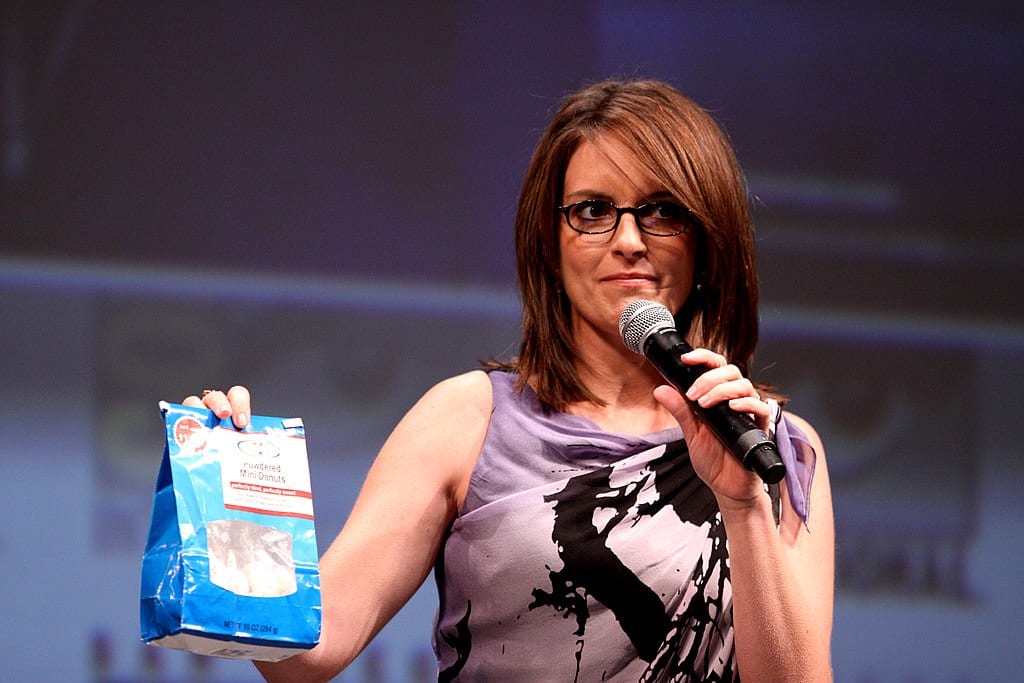 If cannibalism as a spectator sport does not strike you as in bad taste, then get your human-flavored popcorn ready. The appetizers devoured this week to appease the Great and Good God Woke suggest a gluttonous main course to come.

No comedian did more to push Saturday Night Live further and faster on its moralizing, politicized track than Tina Fey. Whereas Michael Jackson, Anna Nicole Smith, O. J. Simpson, and other pop culture absurdities served as “Weekend Update” punchlines for her predecessors, Fey fixated on politics to an extent that the aim seemed less laughs than scoring progressive points. This week the zeitgeist she helped create caught up with her. She successfully petitioned Amazon Prime, Hulu, and other streaming services to pull four episodes of 30 Rock that included white actors in blackface. The episodes no longer exist in syndication, either. Her ridicule of Sarah Palin did not work as an indulgence against these racial sins. A writer for the Daily Beast concludes that “this move feels less like growth and more like a maneuver designed to preempt and avoid an uncomfortable conversation.”

The Dixie Chicks, who became the anti-Merle Haggards in proclaiming themselves “ashamed” of the president abroad during the Iraq War, Thursday found themselves ensnared in the politicization that they pushed upon country music. The Black Lives Matter Roundheads forced them to pull a Kaja — a Grand Funk even! — in deleting the reference to south of the Mason-Dixon line in their name. As Lady Antebellum self-censoring into Lady A erased the time before the Civil War, The Dixie Chicks morphing into The Chicks whitewashes — is that word banned yet? — the area of the country most associated with slavery. The Chicks proclaim on their website, “We want to meet this moment.”

Jimmy Kimmel wins laughs out of ideological solidarity rather than saying anything funny. Whereas Jay Leno and Johnny Carson opened their shows with standup comedy, Kimmel occasionally does by delivering a harangue on socialized medicine, Donald Trump, or some other subject that puts humor on the backburner. Kimmel’s bizarre reimagining of comedy as politics boomeranged on him this week as the drip, drip, drip of clips of him in blackface, speaking ebonics, and using the n-word appear on YouTube and elsewhere. Last week, Kimmel announced a two-month hiatus from his late-night show for “family” reasons.

Howard Stern reinvented himself as Larry King, a guy he tormented, in morphing from the pied piper of Hank the Angry Dwarf, Beetlejuice, Wendy the Retard, Kenneth Keith Kallenbach, and other unforgettable forgettables into the fawning celebrity interviewer. But worse fates exist than becoming whom you despise. YouTube shows Stern in not mere blackface but partaking in a disgusting racial caricature in ways physical, behavioral, and verbal in an imitation not so much of Clarence Thomas but of every stereotype associated with African Americans.

Readers might argue that since, say, Fey and The Chicks get to continue their careers this cannibalism did not really eat anyone. Consider the price of bowdlerization and censorship to one involved in the arts. If we regard art as an expression of the soul or imagination, then we cannot rightly respect someone who tosses their work into the bonfire as much of an artist. And that stands as the vilest aspect of this cultural purge: it forces the victims to act as executioners of their own souls and then demands a “thank you” card, an apology, and a donation.

This all gets worse before it gets better — or it gets better before it gets worse. It all depends on whether you lament the brutality of cancel culture or celebrate the irony of Frankenstein turning on its creator. Every Robespierre gets his turn on the guillotine and every Cromwell finds his head, even posthumously — as statuary could tell you if they could talk when humans see them — on the chopping block. And in the case of so many trials presided over by zealots, statutes of limitations, the presumption of innocence, and even the right to mount a defense do not apply.

America’s original progressives went by a more honest name: puritans. Their moral crusades, witch hunts, and cruel banishments of Anne Hutchinson, William Blackstone, and others who believed differently provide a neat template for what we currently witness nearly four centuries later. Singers wear their scarlet letters and comedians stand in the pillory. A Cotton Mather lives in our heads censoring our thoughts expressed in our speech. Those puritans smashed stained glass and statues, and these ones do, too. In this sense, progressives never progress. How can one learn from mistakes who never makes them?

They can experience epiphanies, though. The moralizers acting as philistines and commissars wake up someday to experience the wrath they once inflicted on others. Everything progressive eventually becomes reactionary to progressives. Just ask the 1912 nominee of the Progressive Party — or at least ask his statue if you can still find it outside of the American Museum of Natural History.