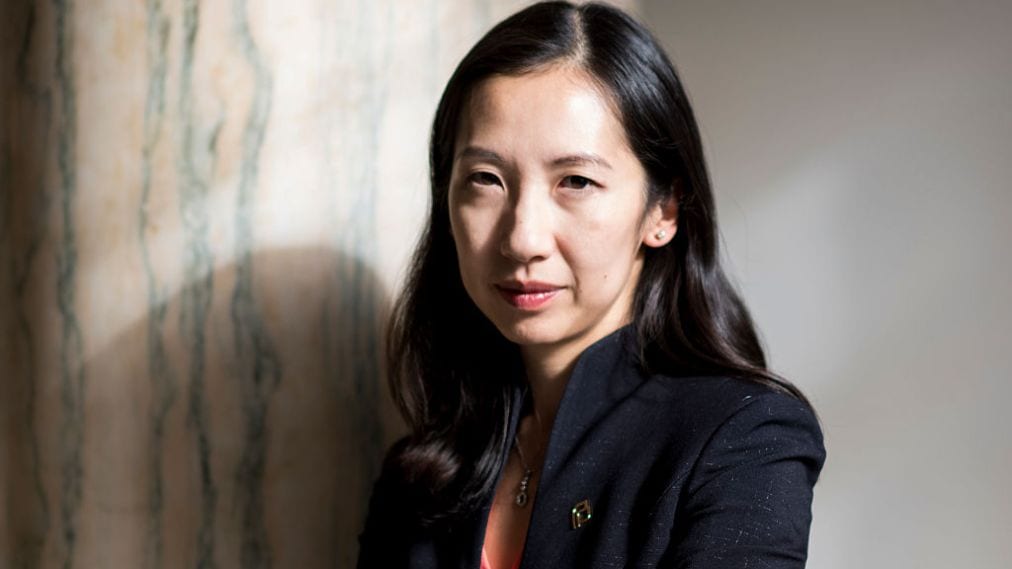 She didn’t last the full nine months, and the end was quite painful.

Your tax dollars paid for some of the process.

Such was the story of Dr. Leana Wen, the Asian American former emergency room doctor who was chosen last year to succeed the thoroughly corrupt Cecile Richards as the head of Planned Parenthood, the overtly racist and mind-blowingly criminal organization responsible for the plurality, if not the majority, of abortions performed in the United States.

Why was Wen let go? According to both sides it was “philosophical differences” between Wen and the Planned Parenthood staff. It appears Wen took seriously Planned Parenthood’s claim that what the organization does, contrary to any outward or obvious appearances, is “reproductive health.” As a doctor, she wanted to focus on supplying actual health care to Planned Parenthood’s patients in the wake of Richards’ departure — which came as the organization was reeling from a series of hidden-camera videos exposing its criminal cottage industry of selling body parts of aborted babies.

Not surprisingly in the wake of the body parts scandal, Planned Parenthood’s fundraising has tanked. Wen was blamed for that. But the real reason she was let go appears to be something that lends a bit of hilarity to the proceedings …

When she first came on, she had no interest in “the long-term future of abortion access work that had already been going on, saying there was no budget for it,” one source said in a BuzzFeed News story, adding that they witnessed staff crying in meetings with Wen because they felt that their decades-long expertise was being ignored.

Two sources told BuzzFeed News that Wen also refused to use “trans-inclusive” language, for example saying “people” instead of “women,” telling staff that she believed talking about transgender issues would “isolate people in the Midwest.”

And you thought it was hilariously idiotic when Julian Castro used a Democratic presidential debate to pander to the transgendered by demanding they receive access to abortions. It turns out you owe Castro — who is, by the way, not related (other than by ideology) to the ruling family of Cuba — an apology. He wasn’t out of the Left’s new mainstream at all.

Honestly, he isn’t. Abortions for the trans crowd are an actual thing. So says Dr. Eugene Gu, whose opinion is at least as credible as Drs. Moreau, Mengele, and Doolittle. Gu last week tweeted that “It’s a scientific and medical fact that men can get pregnant and also have abortions. Trans men and non-binary individuals are human beings who deserve to be acknowledged by society. They choose their own identity — not me, not you, not any doctor and certainly not any politician.”

As you might imagine, the reaction to that loopy statement, which Gu attempted to defend by citing a number of wildly unusual conditions and some slippery transgender logic, wasn’t the most favorable. Gu ended up taking down the tweet, lest people might believe he’s a quack.

This leads to a perfectly rational suggestion, which is that Planned Parenthood ought to replace Leana Wen with Eugene Gu and embrace a future as the nation’s leading provider of abortions for men.

Mark Sanford says he wants to mount a primary challenge to Donald Trump.

A quick reference to my column of earlier this week, about the furor over the president’s having called out the Squad for their anti-Americanism: one of the things that has been unearthed by this controversy is the growing opinion among people on the left that white people are not allowed to have opinions on people who are not white.

How that is not in itself abysmally racist isn’t clear, but it is what is. My friend Conrad Appel, a state senator from Louisiana who’s retiring from politics after 12 years fighting the conservative fight, posted an opinion on social media and also as a column at my website to the effect that black Americans might well be making a collective mistake supporting the Democratic Party when that party is engaged in willy-nilly open borders immigration policies.

Appel’s take was that the millions of illegal immigrants, coming disproportionately from Latin American countries, to whom the Democrats want to offer amnesty wouldn’t just alter American demographics to make the country less white — they’d alter them to make it less black, as well. And when black people no longer represent the largest minority group in the country a large amount of the political pull that community’s leadership has managed over the years could well be challenged by other minorities.

That is a perfectly valid, and quite insightful, warning to the black community from a strategic perspective, one that assumes a collective view of the situation that Appel doesn’t share; he’s only adopting it for the purpose of argument. His point was to suggest that black Americans need to rethink their devotion to the Democrats given that party’s record of failure in the black community and its active destruction of that community’s interests.

Appel was descended upon by leftists in droves for his trouble, and he’s now being castigated as a racist.

The only justification for such accusations is that as a white man he can’t be allowed to have an opinion on anything black people might do or say. That’s of a piece with the accusations of racism in Trump’s remarks about Ilhan Omar and the others. The president never mentioned race; instead, he talked about actions and statements, but because he’s a white Republican racism was assumed in his remarks.

And it’s not just white Republicans under this fire anymore. Don’t forget the obnoxious Rashida Tlaib’s warning to Nancy Pelosi that she was dealing with “women of color” in her feud with the Squad — an unmistakable threat that anything Pelosi said they didn’t like would be branded as racist. Meanwhile, Tlaib’s colleague Ayanna Pressley vomited forth this bit of non-inclusion:

This aggressive rhetorical segregationism is not something the American people are going to put up with much longer. And 2020 will be here soon.

Thanks go out to billionaire tech investor Peter Thiel, who over the weekend in an interview with Tucker Carlson called Google out for their willingness to sidle up to the Chinese Communist government while at the same time refusing to have dealings with the American military.

Thiel has raised alarms that Google is likely shot through with Chinese spies, not to mention many of that company’s employees hold hardcore anti-American views.

We need to have a conversation within the conservative movement about how far to take our ideological preference for the free market. Obviously free markets are preferable to regulation, but companies, just like people, are corruptible. And in the case of Google and Facebook, from which your author is currently — again — banned from posting because the use of “white trash” to describe a meth addict who carjacked a truck and proceeded to kill the dog in its back seat by stranding him in the summer heat with all the windows up is “hate speech,” some are unquestionably corrupt and increasingly a threat to our freedoms, our way of life, and even potentially our national security.

It isn’t enough to suggest that the market will punish that behavior. At some point a decade or so ago that might have been true in the case of Facebook or Google. It is no longer true. They’ve become too dominant in their industry sectors and actively buy up their would-be competitors.

And Big Tech is worse than the old robber-baron-owned trusts of yore. They’re in the business of information, which is the business of the human mind. That’s a market nobody should be allowed to corner — not if we want to have a free society.

Google executives have fared horrendously in the recent Senate hearings on their practices.

The much-ballyhooed antitrust actions against Big Tech that the Trump Justice Department is supposedly preparing cannot come quickly enough. Trust-busting might not be preferable ideologically, but these companies are at least as much of a threat to a free economy as Ma Bell and Standard Oil were in their time, and it should be recognized that those breakups didn’t arise out of thin air.

Finally, our quote of the day/week/month/year: “As a Coalition of the Fringes, the only thing that holds together the Democrats is demonizing core Americans. Without ever increasingly whipping up hatred of whites, what is there to keep the Democrats’ collection of miscellaneous identity groups from turning on each other?” Thanks to Steve Sailer for that perfect formulation.