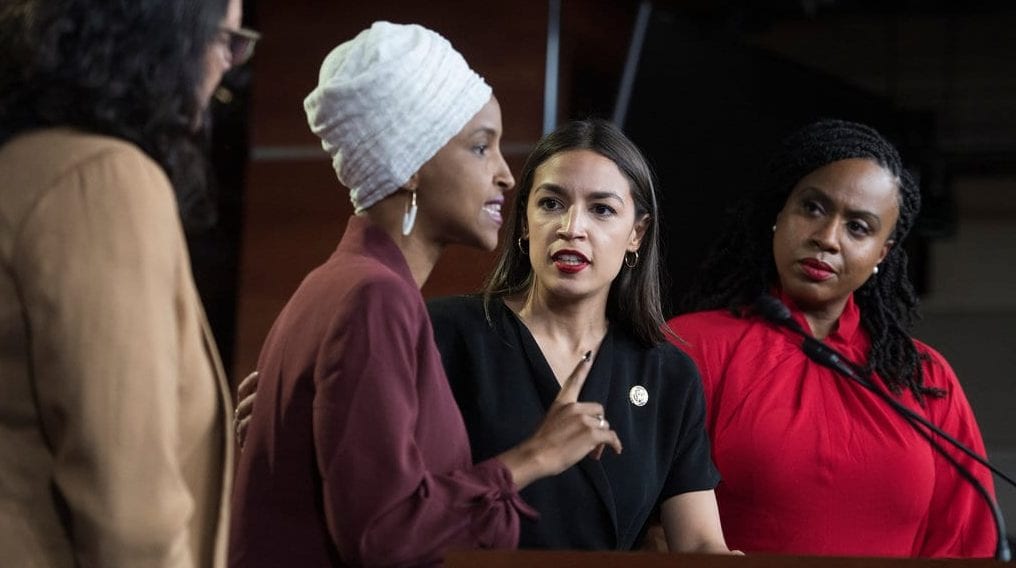 I’ll admit something I shouldn’t have to, as regular readers of this space already know it, but I’m sometimes a little slow to catch on to the ways of America’s 45th president.

After all, back in the 2016 GOP primary cycle I was a Ted Cruz guy. Cruz was the most aggressive conservative playing within the bounds of “acceptable” politics, and I figured that was the best chance to stop the nation’s cultural and political rot and correct the ship of state’s dangerous list to the left.

But along came Donald Trump, who chewed the cover off the political rulebook and proceeded to rip out its pages with which to wipe his rear end. It turned out that Trump’s methods, Kurtzian though they might be, ended up being more effective than anything on the political market.

Surely, there are still those who, like Capt. Benjamin L. Willard, see no evidence of method at all. I can sympathize, to a point.

For example, I didn’t initially buy into this business about how Trump’s often-unorthodox tweets and actions are part of a political 3D chess game he’s playing while the rest of the country is playing checkers.

I could go through a lengthy punchlist of examples of Trump statements and moves that prove the 3D chess theory, but that would dramatically overtake the space this column has to offer. Instead, let’s just talk about this weekend’s flare-up over the president’s Twitter outburst aimed at The Squad — the four idiot freshman Democrat congresswomen, led by Alexandria Ocasio-Cortez and Ilhan Omar, who have spent their time as elected officials offering one inappropriate and stupid anti-American outburst after another.

Instead he referred to “Progressive” Democratic congresswomen, and then noted that they “originally came from countries whose governments are a complete and total catastrophe, the worst, most corrupt and inept anywhere in the world (if they even have a functioning government at all), now loudly and viciously telling the people of the United States, the greatest and most powerful Nation on earth, how our government is to be run. Why don’t they go back and help fix the totally broken and crime infested places from which they came. Then come back and show us how it is done. These places need your help badly, you can’t leave fast enough. I’m sure that Nancy Pelosi would be very happy to quickly work out free travel arrangements!”

This was decried by all the Usual Suspects as an abjectly racist statement, a response that Trump certainly anticipated and couldn’t care less about. Even some weak-kneed Republicans thrashed about in paroxysms of self-righteousness about how Trump could possibly be so bigoted and insensitive in calling out The Squad. After all, three of the four were born in this country!

Omar is from Somalia. Omar is quite possibly here in this country after having committed immigration fraud. There has been a quite credible, perhaps even convincing, case made that Ilhan Omar married her biological brother in furtherance of that immigration fraud. And Ilhan Omar has not stopped making incendiary anti-American and pro-Muslim Brotherhood statements since she entered public life.

Absolutely everything Trump said in his tweets applies perfectly and without stipulation to Ilhan Omar.

The fact that he didn’t use her name meant that our political betters immediately assumed he was also talking about Pressley, Tlaib and Ocasio-Cortez.

Which bothered Trump not one bit.

And here is why. All last week House Speaker Nancy Pelosi was engaged in an aggressive campaign to shut The Squad up before they tore the Democrat caucus apart with their never-ending idiotic and vitriolic remarks. And why would Pelosi want to do that?

Paul Mirengoff at Power Line pointed out why. AOC and Omar, particularly, are becoming two of the best-known members of Pelosi’s caucus, and they are both becoming absolutely radioactive. To wit …

A May poll reportedly found that Ocasio-Cortez is profoundly unpopular in congressional districts throughout America. More than 74 percent of those surveyed recognized her name. Only 22 percent had a favorable view of her.

Ilhan Omar fared even worse. She was recognized by 53 percent, with only 9 percent holding a favorable view. Socialism was viewed favorably by 18 percent and unfavorably by 69 percent.

Chris White of the Daily Caller says Democratic leaders are concerned that with all the publicity Ocasio-Cortez and Omar generate, the party might lose the House. Ocasio-Cortez “is getting all the news and defining everyone else’s races,” one operative fretted.

Mirengoff wasn’t convinced that AOC and Omar would have that kind of effect on House races in swing districts. The guess here is that Trump and his brain trust shared that view. But on Sunday, an internal Democrat poll of swing districts leaked that shows Mirengoff, and perhaps Trump, might be wrong …

The poll showed that socialist Reps. Alexandria Ocasio-Cortez (D-NY) and Ilhan Omar (D-Minn.) are extremely unpopular and that they may cost the Democratic Party the presidency and the House in 2020.

The firm that conducted the poll gave the results to Axios on the condition that it not be named because it works “with all parts of the party.”

A top Democrat involved in the 2020 congressional races told Axios, “If all voters hear about is AOC, it could put the [House] majority at risk. [S]he’s getting all the news and defining everyone else’s races. Socialism is toxic to these voters.”

So what do you do if you want to ensure Omar and AOC poison those so-called moderate Democrats who won those swing House districts last year?

You force Pelosi into bed with them.

Which is precisely what Trump has done.

The Democrat leadership immediately, reflexively, lined up behind The Squad after an entire week of slapping them down. Al Green, a Democratic congressman from the slums of Houston, is now attempting to use Trump’s tweets as a fresh justification for impeachment, which is all Al Green does in Congress. There will be a House resolution condemning the president’s comments as racist, on which Pelosi has put her stamp of approval, and another seeking to formally censure Trump.

All of this is precisely what Trump wanted. And he proved it by doubling and then tripling down on his statements Monday, first unleashing a new set of tweets mostly quoting Lindsey Graham, who had partially rebuked the president for getting too personal about The Squad in his complaints, and then popping off in a Rose Garden press avail with comments directly eviscerating Omar in a way I can’t remember ever having seen a president do to a member of Congress. Which was glorious, by the way, and if you haven’t seen the video you owe it to yourself to watch it.

Don’t think for one second that Trump doesn’t absolutely love this fight. He is a pig in slop at this point. Trump will continue forcing Pelosi and her leadership team into bed with The Squad from here all the way to Election Day, and when he’s through he won’t just win reelection in a landslide but he’ll also take away every single one of those swing districts.

And Pelosi is either too reflexively anti-Trump or has too weak a hold on her caucus to counter him.

The smart play for Pelosi would have been to run for the hills and let Trump eviscerate Omar and AOC, knowing that neither of them would shut up amid his attacks. She could have acted like the sober adult in the room, letting the two sides bloody each other before riding in as an honest broker to seek peace. But Pelosi obviously was too afraid of The Squad not to show support for them, and now the public sees her in lock-step with people whom Lindsey Graham with good reason has called communists and who not just Trump has noticed are distinctly anti-American in their worldview.

And at what cost? That Trump was called racist?

Again? Hasn’t he been called a racist daily for four years?

One final thing about that. Omar is from Somalia, and people from Africa will tell you they tend to make fun of Somalis for the precise reason Trump has trashed Omar. There may be some competition for the prize, but Somalia is the most dysfunctional country in Africa, if not the world.

So by saying Trump is a racist for trashing Omar’s Somali roots, you’re functionally saying that all of Africa is a miserable, dysfunctional place on Somalia’s level. Because Omar is black, as are the rest of the (at least sub-Saharan) Africans.

And if you’re saying that, who’s the racist here? Is it Trump, who calls out Omar for being from the worst country on Earth, or you, for implying an entire continent is dysfunctional?

The bet here is most of the country, and not just the Republicans, are very, very tired of the race card being played ad nauseam — to such an extent that one is not allowed to call out demagogues for anti-American rhetoric simply because they might be people of color.

And the Democrats have cried wolf far too often where Trump the Supposed Racist is concerned. Trump actually has a higher approval rating among black voters than any Republican president in memory.

So here’s a parting question: how many of those black voters will be swayed by this latest round of Trump the Racist pleadings when the evidence for it is his treatment of Ilhan Omar? Put another way, how many black voters do you really think are itching to line up behind Omar as the avatar for black people in America?

Or, if you like, AOC as the avatar for Hispanic voters?

Because that’s what this Trump the Racist meme amounts to.

Again, none of this bothers the president in the least little bit. He is getting everything he wants out of this imbroglio — and paying absolutely nothing for it.

That, friends, is how political 3D chess is played.