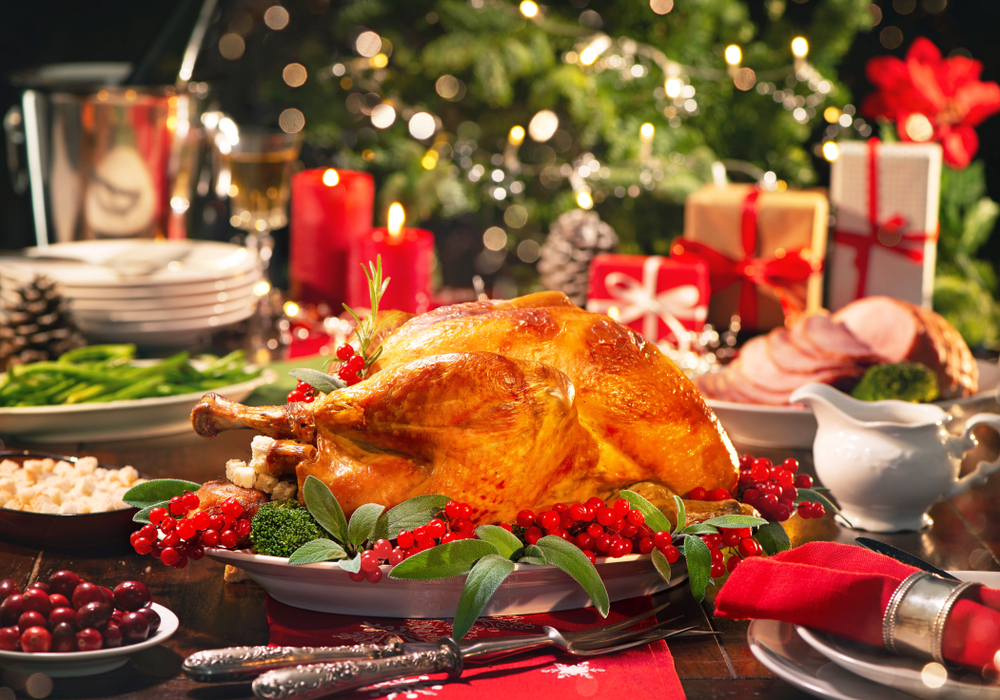 New Year’s Day, the last day of this trinity of overindulgence, is my least favorite day of the Holiday Season. The football games are the most irritating example of excess on the tube. The advertisements appeal to the mentality of an eternal adolescent of the male of the species. Though with an eye for expanding market-share the National Football League and the NCAA are seducing ever more women to be spectators with lady sideline commentators and, who knows, possibly, even lady players. You laugh?

Who cares if the turkey is too dry? We did not come for the turkey but for the companionship of a family meal, and, dare I say it, the tradition.

On May 4, 1970, I was invited to sit in on a nationally televised chat show featuring Pete Rozelle, in those days commissioner of the National Football League, and Aileen Hernandez, then a spokeswoman for the National Organization for Women. Ms. Hernandez startled Rozelle by claiming that in a generation women would be sufficiently beefy to be starting in the NFL. She hogged the show with her gasconades. Another guest, John Filo, a few hours before had taken the iconic picture of the Ohio National Guard shooting demonstrators at Kent State University. At least four demonstrators were killed and nine were injured. Filo hardly got a word in that night, though he won the Pulitzer Prize for his photograph. Now Ms. Hernandez is deceased, and the NFL has yet to greet her innovation at a bowl game, much less a Super Bowl game.

The sports commentary is equally childish on the over-hyped bowl games, though I doubt many sports fans are listening all that intently. In the old days Howard Cosell at least appealed to the linguistically interested with his commentary. Football fans left a Cosell word-fest with a new word almost every time he appeared. I believe I once heard him utter the word “troglodyte,” or was it “internecine”? At any rate, he was entertaining.

As for Christmas Day, its significance was lost years ago as the huge exchange of gifts has overwhelmed the memory of a child’s birth in a manger in Bethlehem. I think Christmas Day is more a celebration of our affluence than of our piety. In fact, we have become so affluent that a Christmas gift is almost superfluous on Christmas morn. What is so special about the gift you receive at Christmastime? I say wait a few days and purchase it when it goes on sale.

Then there is Thanksgiving Day. Frankly, I think this is my favorite day of the Holiday Season. The family gets together year in and year out. The children age and grow bigger and stronger. Eventually they bring with them their own children, as Mom and Dad age and grow dimmer and dimmer. Who cares if the turkey is too dry? We did not come for the turkey but for the companionship of a family meal, and, dare I say it, the tradition. Thanksgiving should have special meaning to Americans, and I think it does. It was only intermittently celebrated until President Abraham Lincoln in 1863 at the height of the Civil War made it a federal holiday, and so it has remained.

Now of course the pox of political partisanship threatens this great feast. Democrats and Republicans bring their pet peeves to the Thanksgiving table, I am told. Everyone thinks he or she is capable of being a Tucker Carlson or a Greg Gutfeld. They cannot resist belaboring one another about the greatness of Joe Biden or the greatness of Donald Trump or of Ron DeSantis. I say let the politics go for a day or two. You might even want to let it go until Christmas. You might find that life can be more pleasant without the politics at a family gathering. People say partisanship has gone too far. I agree. This year, make a stand against it. No politics as dinner!