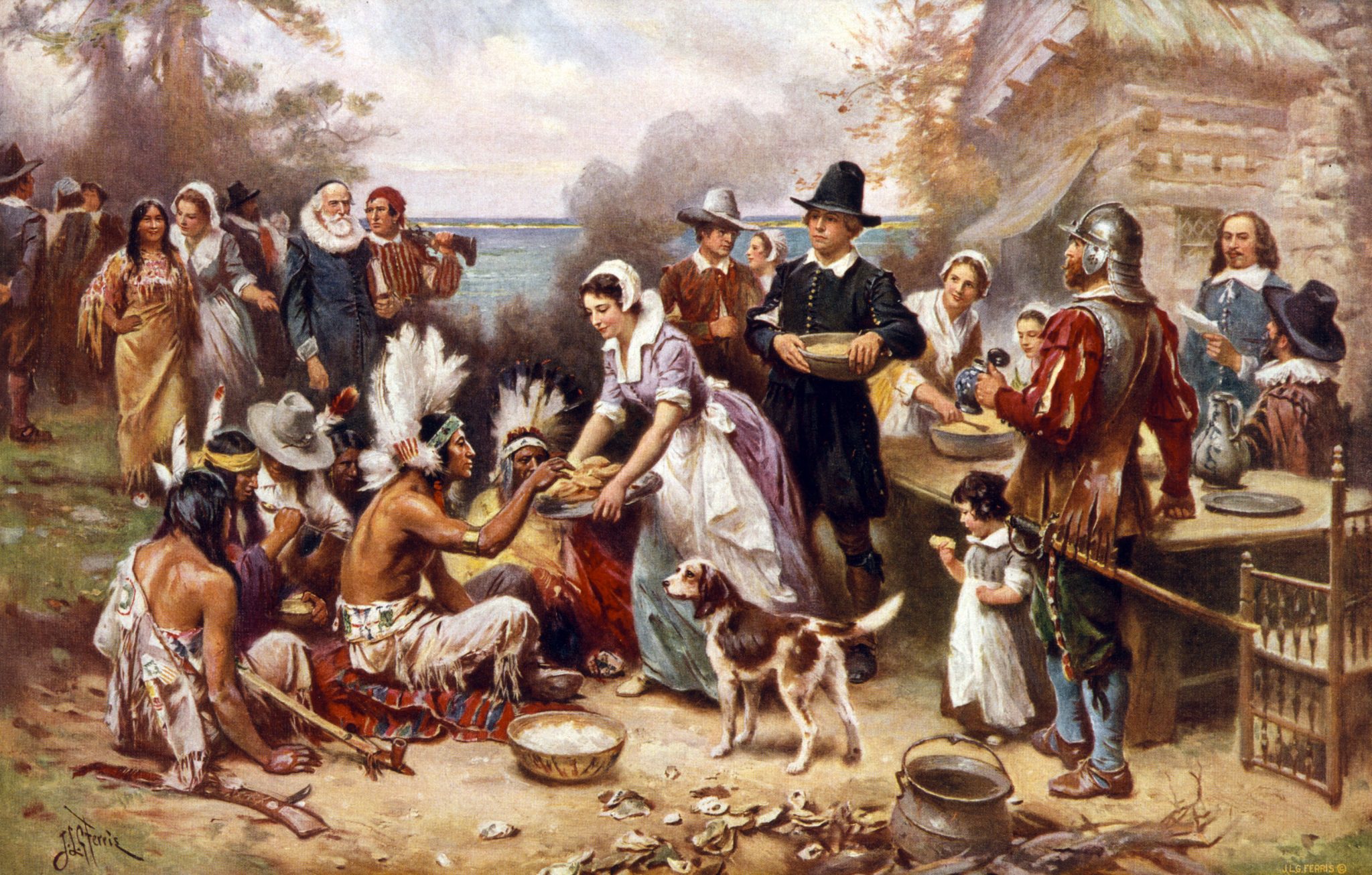 This has been the strangest year that I can remember. We are isolated, discouraged, and exhausted. We are divided and politically polarized. We cannot gather together to celebrate Thanksgiving as usual due to COVID-19. As a nation, we are frustrated, yet there is still much to be thankful for during this time of trial.

For example, we can go back 400 years to thank the Pilgrims, who fled religious persecution in England in 1620. After enduring delays in setting sail, the loss of a ship, and the deaths of many during their journey across the ocean, they first sighted land on Nov. 9. William Brewster led the Pilgrims in the reading of Psalm 100:

Make a joyful noise unto the Lord, all ye lands.
Serve the Lord with gladness: come before his presence with singing.
Know ye that the Lord he is God: it is he that hath made us, and not we ourselves; we are his people, and the sheep of his pasture.
Enter into his gates with thanksgiving, and into his courts with praise: be thankful unto him, and bless his name.
For the Lord is good; his mercy is everlasting; and his truth endureth to all generations.

The Pilgrims celebrated Thanksgiving on land a year later. They had endured a harsh winter. Only about half of those who had begun the journey were still among the living, but they nevertheless paused after their harvest to thank God. The Wampanoag American Indians joined them. They traveled for several days, set up their own camp, and stayed for three days of feasting and celebration.

The holiday received official status in 1789 with George Washington’s first presidential proclamation, which designated the 26th day of November next to be set aside for thanksgiving. “It is the duty of all nations to acknowledge the providence of Almighty God, to obey His will, to be grateful for His benefits, and humbly to implore his protection and favor,” Washington wrote.

For decades, states set aside different dates to celebrate Thanksgiving. It took the persistent efforts of Sarah Josepha Hale to get the nation as a whole to observe Thanksgiving on the same day.

Hale wrote poetry and fiction. One of her best-known works is the nursery rhyme “Mary Had a Little Lamb.”

Across a span of nearly 40 years, she lobbied five presidents and wrote numerous newspaper editorials in support of a single day of thanksgiving. Eventually, her persistence paid off.

In 1863, then-President Abraham Lincoln declared a day of thanksgiving after the Union victories at Vicksburg, Mississippi, and Gettysburg, Pennsylvania. After receiving a letter from Hale urging him to set aside a permanent single day of thanksgiving, Lincoln proclaimed the last Thursday in November as Thanksgiving Day.

Lincoln’s proclamation, made during the Civil War, acknowledged “the gracious gifts of the Most High God” and noted that it seemed “fit and proper that they should be solemnly, reverently and gratefully acknowledged as with one heart and one voice by the whole American People.” Lincoln invited his fellow citizens to observe “a day of Thanksgiving and Praise to our beneficent Father who dwelleth in the Heavens.”

Washington and Lincoln both understood the importance of our Creator, not only in our own individual lives but in the founding of our country. Our Declaration of Independence states, “We hold these truths to be self-evident, that all men are created equal, that they are endowed by their Creator with certain unalienable Rights, that among these are Life, Liberty and the pursuit of Happiness. — That to secure these rights, Governments are instituted among Men, deriving their just powers from the consent of the governed.”

This introduction represents the core of American exceptionalism. We are exceptional as a nation not because we are inherently better people (people are the same everywhere) but because our government is built on a different structure than those of other countries. Our founders understood and articulated our belief in a creator (God) who endows people with rights. The people then loan the rights to the government to secure their individual rights (life, liberty, pursuit of happiness).

Today, the words Lincoln wrote in his proclamation seem fitting: “[F]ervently implore the interposition of the Almighty Hand to heal the wounds of the nation and to restore it as soon as may be consistent with the Divine purposes to the full enjoyment of peace, harmony, tranquility and Union.”