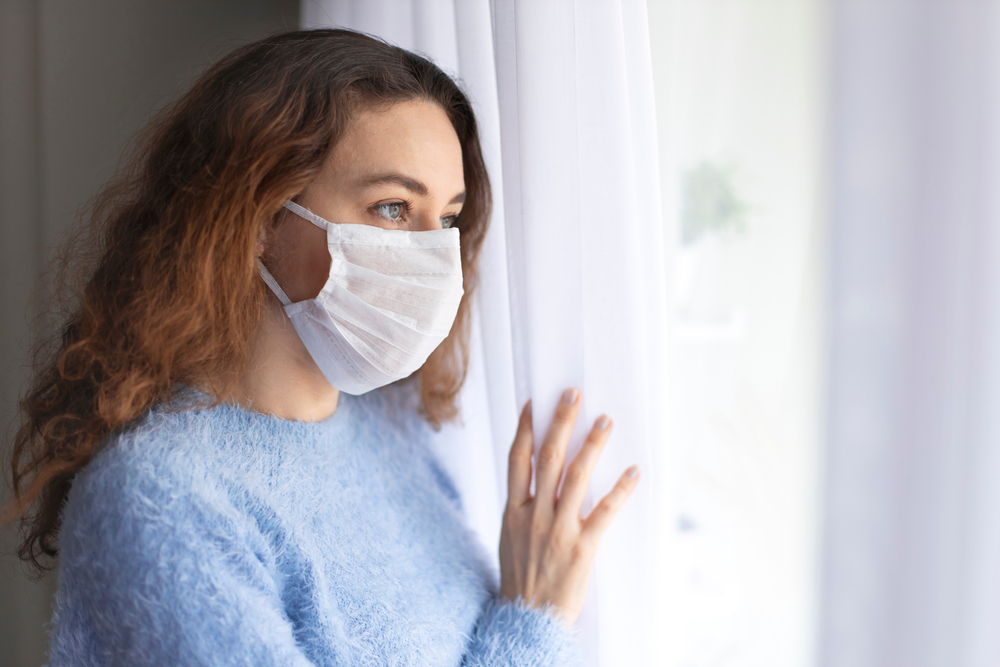 There’s only one solution for those frightened by states like Texas dropping mask mandates and opening back up: Stay Home, Stay Safe™. The world is a scary place, filled with germs and germy people. People are stupid. People sneeze. The only solution to a world where dummies go out, unmasked and unafraid? Don’t leave home.

My tongue is only partially in my cheek. People who are seriously concerned about their health shouldn’t leave home. They should stay there and be safe. People who are super worried but who must leave for various reasons: triple-mask or get a fitted N95. No, I’m not kidding. Mask up with a real, fitted mask, go do what you have to do, and hurry home. Stay Home, Stay Safe™.

Lest one thinks I’m being cavalier, I assure you I’m writing from experience. When a family member was severely immune compromised, this was the path that we took. We did not go to church. We did not go to the mall (well, we did once, with N95s for a quick errand during off hours.) We did nothing in crowds. We didn’t have people over. We did not visit people. Family visits were restricted. We did that for nearly two years. It can be done. Since it was literally life or death — a virus when one has zero white blood cells is life or death — we took drastic action and happily did so.

The whole of America is awash in N95 masks now, thanks to ramped up mask production. Fearful people can stay home and/or super-mask, and they’ll be fine.

The flip side of this, though, is that everyone else can do as they damn well please. Whiskey at a bar? Don’t mind if I do. Disney World? Yes, please. (Well, no thank you since they’re commie-loving, slavery-using, social-justice hypocrites, but you know what I mean.) Dune in a movie theater? Can’t wait!

It’s time to get back to living. Texas Gov. Greg Abbott’s announcement that masks can come off and businesses can 100 percent open sent a shock wave through the country, and lefties are fretting. It’s okay. They’ll be okay. They just need to Stay Home, Stay Safe™.

Abbott’s announcement preceded the governor of Mississippi’s announcement by about an hour. In between, President Biden tweeted out that he expected things to get back to normal in a year or so. One gets the feeling that the ball is rolling and accelerating down a path of no return. Then he tweeted about getting teachers vaccinated:

Today, I am directing every state to prioritize educators for vaccination. We want every educator, school staff member, and child-care worker to receive at least one shot by the end of this month.

It’s time to treat in-person learning like the essential service that it is.

Of course, teachers could have been teaching months ago, and doing so safely, and they are doing so in many places not run by Democrats. The unions successfully sought to extort the Democrats for money in exchange for doing their jobs.

Minding one’s own business flew out the window with COVID, so governors who are screwing up their own states have opinions about everyone else. French Laundry–fête-ing California Gov. Gavin Newsom expressed outrage about Texas opening back up. Is he willing to Stay Home, Stay Safe™? Not so far, but then, maybe when he’s recalled, he’ll be doing that whether he wants to or not:

While this drama unfolded, New York Gov. Andrew Cuomo had his emergency powers stripped by the New York state Legislature. Cuomo is coming under fire not for sending thousands of elderly people to their deaths in long-term care facilities, but for being gross, sexually lewd, and suggestive to women who work for him and who have been in his vicinity. That Cuomo is that sort of guy surprises no one except Maggie Haberman. Will he be booted from office or forced to resign? New York City’s Mayor Bill De Blasio sure hopes so. They’re both terrible. Likely New York will continue to have to endure their collective shortcomings for a long time.

Even with them gone, New Yorkers would still have to deal with budget deficits borne of business-crushing COVID policies that forced people, especially parents, out of the city so their children could have some semblance of a normal life. These guys thought that a Democrat in D.C. would save them from their own egregious policies. Pour millions into the cities destroyed by COVID policy, and it won’t undo the damage.

That’s why Greg Abbott’s decision is so important. It gets the ball rolling. It puts pressure on other states married to the lockdown.

A sidenote about Texas conservatives and Gov. Abbott. Conservatives around the state have been furious at Abbott because he bent to the will of the hectoring Texas media back in October. Now they don’t feel that Abbott should be cheered for giving back rights that he should never have taken to begin with. Before this policy choice, it seemed like Abbott would be a shoo-in for governor as long as he likes and maybe even be the stuff of higher office. Between the COVID lockdown and the recent energy debacle, the shame that many independent-minded conservatives feel may prohibit them from voting for the governor ever again. Time will tell.

The important, immediate thing politically is that Gov. Abbott’s decision puts pressure on the Democrat regimes across the nation that want to stay closed. It’s increasingly difficult for them to watch their states wither while their citizens move to freer places. Blue states are emptying. People are looking for places that are more open. They’re looking to states like Florida and Texas. They’re looking to escape.

Well, some are. Other people are terrified and like being shut in. They enjoy the power that’s afforded them when they publicly shame those who won’t wear a mask or submit to their petty tyranny. For those folks, the future is grim and joyless. They want everyone to be miserable with them.

There is a solution. They don’t have to change their ways with new data, plummeting infections, and vaccines. They’re allowed, freely, to be as isolated as they’d like. Their best course of action is Stay Home, Stay Safe™ and let the rest of America return to normalcy.

Melissa Mackenzie
Follow Their Stories:
View More
Melissa Mackenzie is Publisher of The American Spectator. Melissa commentates for the BBC and has appeared on Fox. Her work has been featured at The Guardian, PJ Media, and was a front page contributor to RedState. Melissa commutes from Houston, Texas to Alexandria, VA. She lives in Houston with her two sons, one daughter, and two diva rescue cats. You can follow Ms. Mackenzie on Twitter: @MelissaTweets.
Most Popular
1
Special Report
The Myth — and Grift — of Long COVID
by Michael Fumento