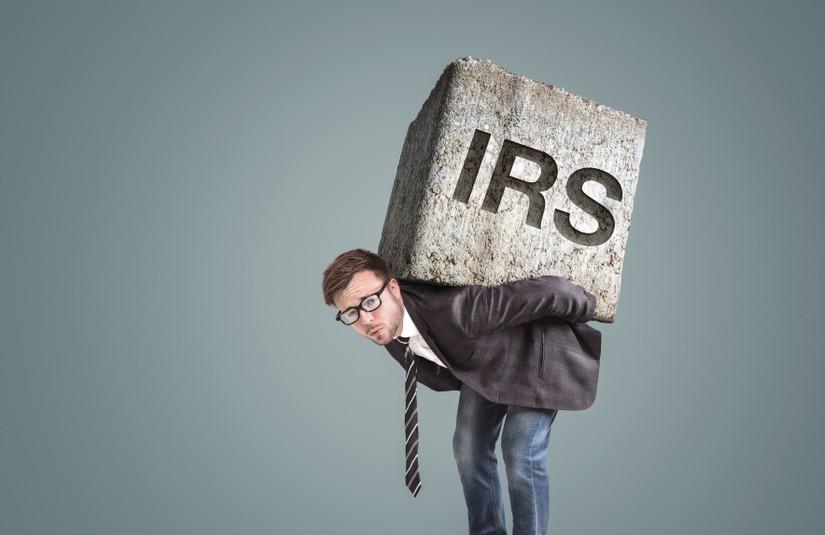 Every policy wonk will tell you that after you live in Washington long enough, you start seeing the same issues reemerge on a regular basis. Common ones are praise for the magical ability of government spending to help pay for itself during recessions and handwringing over the myth of middle-class stagnation. And when Uncle Sam’s coffers are empty, everyone suddenly remembers the so-called tax gap — the difference between the tax revenues Congress expects versus those it actually collects.

So right on cue, calls to reduce the tax gap are back.

After the COVID-19 spending spree, the U.S. budget deficit is even higher than what we’ve become accustomed to. Meanwhile, President Joe Biden and his band of congressional superspenders are eager to extend many emergency programs, such as paid leave and child benefits, as well as spend a few trillion more on infrastructure and “stimulus.”

While politicians have no problem charging Uncle Sam’s credit card and leaving the bill for future generations, today’s leaders like collecting rich taxpayers’ money even more. But increasing taxes is hard, so Democrats are turning their attention to the difference between taxes owed and taxes collected. Many politicians consider this a pain-free source of new funding.

According to the Department of the Treasury, the tax gap was $600 billion in 2019, and it projected to roughly 15 percent of taxes owed over the following decade. In 2006, this gap was $450 billion, up from $255 billion in 2001, and around 15 percent of taxes owed. If “closing the tax gap” were indeed an easy way to raise money, this gap would have been closed decades ago.

The traditional argument is that if we just beef up the Internal Revenue Service’s budget — which has remained flat in real terms for years — and grow the ranks of its auditors, we won’t have this problem.

The low-IRS-budget argument overlooks this reality: While the taxpayer services budget of the agency hasn’t grown much, the agency’s welfare-handout budget — including Obamacare subsidies, the Earned Income Tax Credit, and the Child Tax Credit — has exploded from $44 billion in 2000 to roughly $216 billion this year. And these figures don’t include 2021’s $650 billion in COVID-19-related payments.

The bottom line is that money isn’t the issue with the IRS. The problem instead is the lack of focus on its core mission. Don’t forget that while IRS agents aren’t doing as much to take taxpayers’ dollars away as Congress wishes they would, the agency also has an abysmal record serving taxpayers who are simply trying to navigate the tortuous roads leading to tax compliance.

In theory, more money in the IRS budget means more agents to help taxpayers comply or to track down tax evasion. But it likely requires some serious tradeoffs with civil liberties.

How far would you be willing to go to crack down on Uber drivers, cleaning ladies, and individuals operating cash-based businesses — also known as small businesses? We’d better have an answer, because that’s the plan. And in light of the recent IRS data leak to ProPublica or the political harassment of conservative political groups in 2012, how much more power would you give the IRS to access people’s finances?

Even if you think these are risks worth taking, don’t expect much success on the revenue front. As several IRS reports and task forces have revealed, when it comes to closing the tax gap, enforcement is the costliest option and delivers only limited revenue.

In fact, former U.S. Taxpayer Advocate Nina Olson (who headed a government agency that helps people solve problems with the IRS) said in a 2011 Senate testimony that trying to reduce the tax gap by focusing narrowly on enforcement “can lead to reactionary laws, procedures, and enforcement actions that actually reduce overall revenue, particularly if they do not address the reasons for the noncompliance or if they unnecessarily burden or alienate the vast majority of taxpayers who are trying to comply.”

There is one sure way to reduce the tax gap: Cut taxes until there is less incentive to evade the taxman. That requires our enormous government to become less gluttonous with the people’s resources. It is not a pain-free solution for politicians accustomed to feasting on current and future taxpayers’ dollars, but it would work.