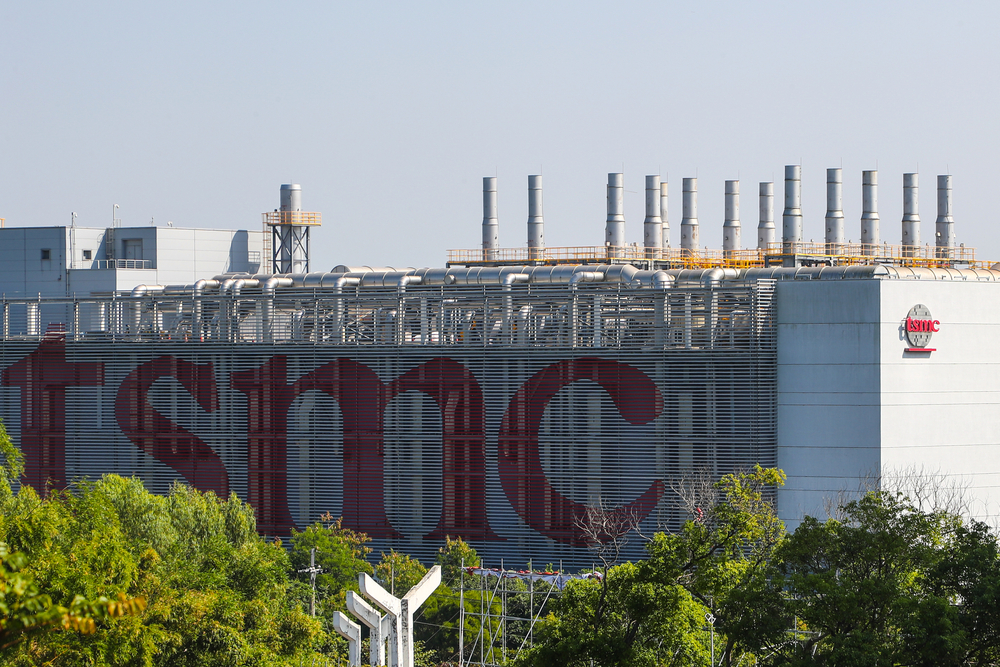 Semiconductor manufacturing has become a tale of Americans’ sleepwalking into a crisis. The U.S. currently manufactures 12 percent of the world’s chips, down from 37 percent in 1990. Its leading companies, like Apple, are fantastic at creating cutting-edge chip designs but unwilling to get into the cumbersome and expensive business of fabricating them.

For a while, the outsourcing worked. The high-tech goods industry did not particularly care where its chips came from so long as they came cheaply and in sufficient numbers. Taiwan Semiconductor Manufacturing Company Ltd. (TSMC) was able to take advantage of the gold rush to such a point that it now produces about half of the world’s semiconductors.

Recent events involving Taiwan should be a wake-up call. Following House Speaker Nancy Pelosi’s visit to the nation, China’s navy has virtually encircled the island and simulated a blockade in what it describes as “drills.” Beijing’s goal is to demonstrate to Taiwan and to foreign observers that its smaller neighbor could not do much to defend itself on water in the event of a war.

Suppose that China conducted an actual blockade of Taiwan in the near future, either as a prelude to an amphibious invasion or in lieu of one. The resulting worldwide economic devastation would easily overshadow the 2008 recession. New chip fabs take years and billions of dollars to enter operation; the majority of phone, computer, automobile, household-appliance, military, and medical-equipment manufacturing would grind to a halt for half a decade.

This is an obvious catastrophe in the making, and one that can be seen coming from miles away. The Chinese Communist Party has promised a deadline of 2049 for reunification. Though demographic woes may afflict China later in this century, Beijing is confident that its relative power will grow in the near future and that it will be able to fulfill its pledge. And if it ever feels that its fortunes are taking a turn for the worse, it is likely to become even more aggressive to compensate. In light of these facts, continuing to send most of the world’s high-tech supply chains through Taiwan is inviting disaster.

When the chips are down …

Many differing proposals have been put forth for what the U.S. can do to mitigate the risks to itself and the world economy. Some are unorthodox: Certain American strategists have proposed that TSMC should threaten to blow itself up in the case of a Chinese invasion, thereby supposedly depriving Beijing of its main economic impetus for aggression toward Taiwan. It would be a sort of economic mutually assured destruction, given that China currently consumes over half of the world’s chips and would suffer mightily if its primary supplier turned into rubble.

Unfortunately, this sort of gambit is unlikely to work for a few reasons. Retaking Taiwan has been practically a raison d’être for the Communist Party since the end of its civil war with the Kuomintang, and the party is quite likely willing to put China through severe economic hardship to achieve its goal.

Silicon is the oil of the 21st century and ought to be guarded as such.

China’s leaders are also well aware that chips are one of its Achilles’ heels and have set about to remedy China’s dependence on imports. The country remains a second-tier player in global chip manufacturing but has enjoyed a rate of production growth that greatly outstrips its rivals, including the United States. Self-reliance is still a long way off — but in a few years, blowing up TSMC might not hurt China any more than it would the United States. Better to not put too many of America’s strategic eggs in that basket.

Other proposals for a U.S. response generally revolve around economic intervention. These take offensive and defensive forms.

The U.S. government could go on the offensive against China by crippling its ability to continue building up its chip industry. Exports of the most advanced chipmaking equipment, which use “extreme ultraviolet” (EUV) technology, were already virtually banned during the Trump administration. Now bans on older generation “deep ultraviolet” (DUV) equipment are also being considered.

Such a ban would be undeniably disastrous for China’s chip industry, which has an insatiable appetite for equipment imports. Being unable to use other countries’ DUV tech would set China back by probably another half decade on top of the half decade by which it is already trailing cutting-edge manufacturers like TSMC and Samsung. But it would still be at most a temporary relief for the U.S. and would undoubtedly trigger another round of retaliatory sanctions. In the worst-case scenario, a collapse in Chinese chip manufacturing could compel Beijing to expedite its plans for an attack on Taiwan. American policymakers must tread carefully.

On the defensive side, the U.S. could try to undo the past few decades of semiconductor outsourcing. The government intervention that this would entail would make many conservatives and libertarians uncomfortable, but it would not be without precedent: In 1987, concerned by Japanese preeminence in the global semiconductor industry, President Ronald Reagan imposed 100 percent tariffs on Japanese semiconductor goods in a bid to keep American manufacturers afloat.

Unlike the effects induced by most manufacturing changes, reshoring semiconductor production should have at most a modest impact on the prices paid by consumers. Cheaper labor is not much of an advantage in the industry, where new fabs often cost upward of $10 billion but can be fully staffed with only 1,000 or so employees. Any potential cost savings are surely outweighed by the security benefits of manufacturing vital technology domestically.

Proponents of reshoring have won a huge victory this week as the CHIPS and Science Act, which aims to provide over $50 billion in federal funding for the U.S. semiconductor industry, looks set to be signed by President Joe Biden. About $40 billion is earmarked for construction, an amount that should be sufficient to fund at least a handful of large fabs. Perhaps just as crucial as the money itself is the stipulation that recipient firms may not expand manufacturing in China or a few other countries deemed hostile by the federal government.

There are, as with most spending approved by Congress, good reasons to be skeptical of this bill. The money on offer is unlikely to be sufficient on its own to shore up U.S. industry in the long term. The $50 billion would be diluted over many companies and many years. Private spending on fabs makes that figure look small by comparison: Earlier this year, TSMC alone announced up to $44 billion in planned investment for 2022. Trying to keep pace with taxpayer money would be an expensive, and unpopular, proposition.

Other skeptics argue that, to the extent that government money can spur greater semiconductor production, the results are likely to be distortionary. Indeed, the much-discussed chip shortage of the past two years has now become a glut as falling consumer demand and increased output have pushed prices down. Incentivizing companies to ramp up production would therefore seem to be wasteful, at least at this time and for the next short while.

There is, as always, also plenty of pork to be found. Plenty has been said about the miraculous stock-picking abilities of Pelosi and her husband. No doubt many other members of Congress stand to personally profit from this cash infusion.

Nonetheless, semiconductors are a sensible public investment compared to renewable energy and biofuels and the many other things on which taxpayer money is liberally spent. Silicon is the oil of the 21st century and ought to be guarded as such.

If the U.S. government wants to get serious about reshoring manufacturing capacity, it must first consider lessons to learn from Taiwan. One solution is to simply throw more cash at the problem — much more than $50 billion — and hope for good things to happen. TSMC is rich, but Uncle Sam is much, much richer.

Obviously, this approach comes with serious downsides. Piling on even more spending at a time of record debt and inflation seems fiscally reckless and politically inadvisable. If American manufacturers become dependent on public finances, there is also no guarantee that they will remain competitive in the long run.

Fortunately, America has tools other than helicopter money. A program to import semiconductor expertise, offering an easy path to citizenship and perhaps reasonable financial incentives, would find many eager participants.

Despite its mighty reputation as a corporation, TSMC is known in its industry for mediocre wages and brutally long hours. Combine this with the very real prospect of war in East Asia in the near future, and it may not be much of a challenge to lure a good portion of Taiwan’s top engineering and construction talent across the Pacific. A few thousand choice personnel are all that it would take to make America the leader again in fab construction and operation expertise, and it would not have to come at too great an expense to Taiwan’s own long-term industry prospects.

Add some public and private funding to the mix, and the result could be a much faster reconstitution of domestic manufacturing than if the U.S. were to rely solely on the likes of Intel. Why blow up TSMC when it could be relocated instead?