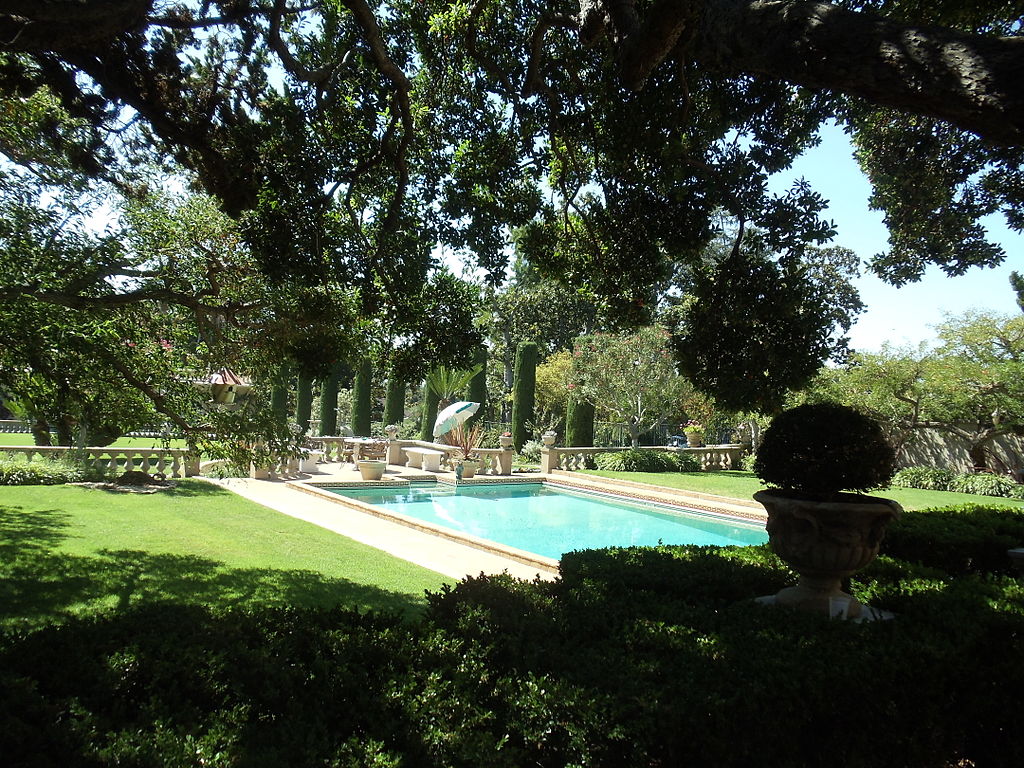 I wish you could see how I live. It’s almost unbelievable. I am an old man, 77 years old, who walks slowly and unsteadily. But every day, in glorious, magnificent Los Angeles, I swim in my pool. In contravention of all rules of environmentalism, I keep my pool heated to 80 degrees. I have a close friend watch me to make sure I don’t just keel over and drown.

But I don’t keel over and drown. Instead, I make lists of what I am grateful for.

First and best, my big wifey. We have been together for roughly 56 years. Now, part of that time, we were separated and then divorced. During that time, I had a wild fling of la dolce vita. It was the ’70s and times were genuinely unbelievable. There was so much sex going around that it would have been inconceivable just a few years earlier.

However, when I moved to Los Angeles and saw how incredibly tough and mean and money crazy the women here are, I begged my wife to get back together again, and we did. Now, we live like old married people, watching reruns of Perry Mason every night after I make dinner for big wifey and her nurse. It’s always either prime ribeye or Skuna Bay salmon and a baked potato and it’s great.

We say long prayers of thankfulness and then my wife goes to sleep and I stay up watching still more Perry Mason.

Next on the gratitude list: Living in America. Being born in America. Never having to live in a Nazi or communist country. Always having plenty to eat, in fact too much. Having free speech, until just recently. Having the finest military on earth, who protect us and keep us fairly free.

Third, having the best father on the planet. He had been born to a family where the father was a U.S. Army cavalryman who fought against the guerrillas in the Philippines during the Aguinaldo Insurrection. He became a skilled tool and die maker and was unemployed during most of the Great Depression. He worked in an armory during World War II. I only met him once.

My father went from living in modest circumstances to being a star student at Williams College, the best small college in the nation. From there he went on to write an essay about how to keep the nation from sliding back into depression after World War II. He won a prize of $25,000 U.S. 1944 dollars for that. He put it all in U.S. bonds. If he had invested in a mutual fund, we would be rich. But he was a patriot.

After the war, he became a famous economist and eventually chairman of the President’s Council of Economic Advisers under Nixon and Ford.

I thank God for him. He was the best father who ever lived. I’ll write a lot more about him soon.

My mother was troubled but had many fine points as well. (MORE FROM BEN STEIN: Remembering My Mother Many Mother’s Days Ago)

I had a great sister. She is still a lively Democrat but we get along well.

I have the absolutely best car on earth, an Audi S8. It’s a supercar. A miracle car.

God has blessed me with air conditioning, the best invention ever.

I have wonderful friends, especially Larry Lissitzyn, USMC hero; Tom Norris, Medal of Honor awardee; Phil DeMuth, the most solid citizen on earth; Judah Friedman, one of the most politically astute people on this planet; and Julie and David Eisenhower, genuine deities in my eyes.

I was blessed beyond words to serve as a speechwriter for Nixon, the greatest president of the 20th century, the peacemaker and the savior of Israel, and the greatest friend the Jewish people have ever had.

I will write more soon, but for now, swimming and gratitude, especially for my handsome son, Tommy, and my stupendously beautiful granddaughter, Koko.