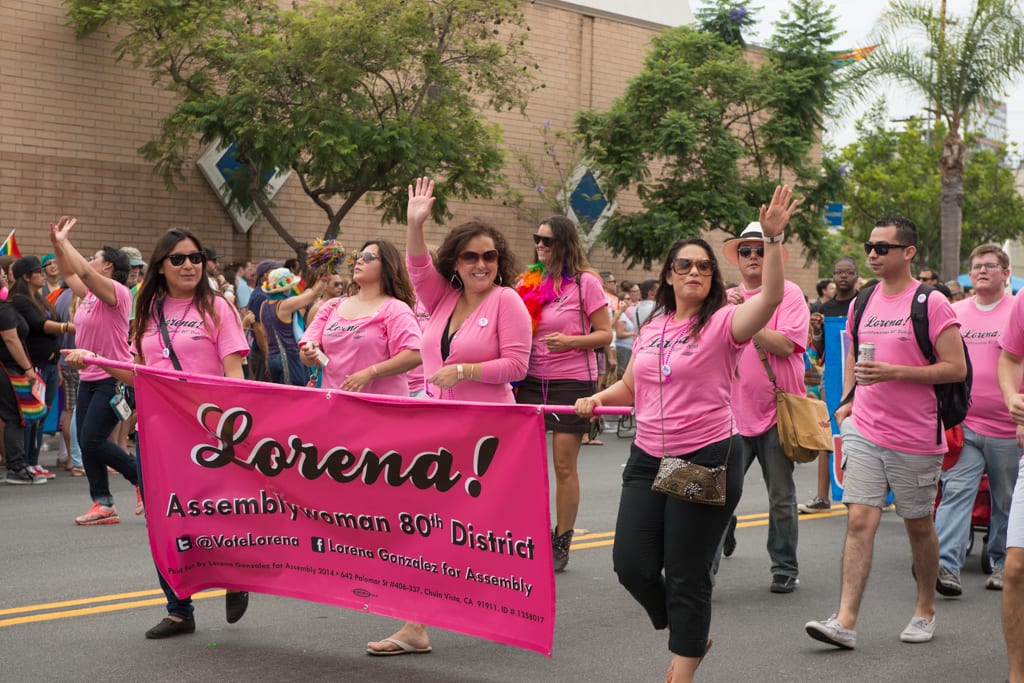 During the 1994 midterm elections, Republicans vowed to implement a “Contract with America” if they could recapture both houses of Congress. They grabbed 54 House seats that year and nine Senate seats and wrested control of Congress from Democrats for the first time in 53 years. It was an impressive victory. My favorite element from the contract was its first promise: “Require all laws that apply to the rest of the country also apply to the Congress.”

There’s no point rehashing all the many disappointments that followed, but — as Republicans struggle to fend off a possible Democratic wave electionin November — it’s worth remembering the value of detailing a short and specific agenda. I had long forgotten that election actually, until noticing a hearing Wednesday in the California Capitol on a bill introduced by a liberal Democratic lawmaker who specializes in promoting union causes.

Assembly Bill 2048, by Assemblywoman Lorena Gonzalez Fletcher of San Diego, would have enacted“the Legislature Employer-Employee Relations Act, to provide employees of the Legislature, including some supervisory and managerial employees, the right to form, join, and participate in the activities of employee organizations of their own choosing for the purpose of representation on all matters of employer-employee relations.” In other words, it would let lawmakers’ staffers choose to be represented by a union.

Not surprisingly, the bill died in committee, but the idea is worth pondering for reasons noted in that first promise in the “Contract with America.”

Practically speaking, the bill is a mess. Public-sector unions have destroyed practically everything in this state. Local governments are slashing public services because of the pension debts that are the direct result of union muscle-flexing. The state government is awash in superfluous employeeswho can never be fired. This drains the budget and creates a constant push for higher taxes. Our services are dreadful and the cost to provide them are far higher than in other states.

Yet I thought back to those Gingrich-era congressional measures. The California Legislature constantly does the bidding of public-sector and private unions,and imposes wage rules and work laws that make it difficult to do business here. Why shouldn’t lawmakers have to deal with the same laws themselves? Nothing would accomplish that more successfully than allowing their own employees to unionize. What’s good enough for us should be good enough for them.

“Many California labor laws don’t apply to legislative employees,” Gonzalez Fletcher explained in a Sacramento Beecolumnthis week. She pointed to the way the “#MeToo movement hit the Capitol and we saw how selective discipline, retaliation and fear of retaliation have contributed to a workplace that doesn’t protect employees.” Most other Californians have a right to join a union, so “it makes no sense that we withhold this from our own legislative employees.”

Think of the possibilities here. Staff unions could slow the entire legislative process by miring it in bureaucracy and work rules. How could that be bad given that most of the bills that make their way to the governor’s desk expand government spendingand regulation? Perhaps a gummed up process would result in fewer bad bills going forward, less spending, and lower taxation. That would happen as an unintended consequence, but so what?

Unionization makes it impossible to fire or even discipline employees. Like most bureaucracies, California’s has a host of civil-service rules that protect government workers from political payback. That was the purpose of creating the civil service— so that new political leaders couldn’t replace longtime “professionals” with their ne’er do well cousins or donors. Public-sector unionization adds yet another layer of employee protection on top of that, assuring that the unionized employees can grant themselves benefits unheard of in the private sector.

Ironically, the Capitol work force has long been a bastion of private-sector-like “at will”employment. That makes sense for the same reason that such an arrangement makes sense among businesses. Companies that want to respond to consumer demand need to be able to move around workers, reward the best ones and fire the dead weight. In the Capitol, lawmakers want the same freedoms even as they deprive private companies of that flexibility.

As I explained in a column in January, “Let’s say I’m a chief of staff for a state senator and I’m doing my job — but not implementing the political prerogatives of the elected official who runs the office? What if I decide to implement my rights to, say, 12 weeks of parental leave in the middle of budget or policy season?” Such situations would “thwart the legislator’s entire political agenda.” And what if a Democrat wins a seat formerly held by a Republican? In a union workplace, the old staff would be able to assert a right to continued employment.

In the Capitol, lawmakers have term limits and jump around to different posts. Their staffers tend to be ambitious and jump around, also. There are a number of Capitol employees who are careerists, so unionization wouldn’t affect them — or the system — too much. But we can only imagine how this would play out with the majority of hires, most being political appointees paid to help lawmakers “do the will of the voters.”

The sexual-harassmentallegations that rocked the Capitol earlier this year said more about the insulated world of politicians in this one-party state than it did about the lack of sufficient work rules. And unionized employees accused of misbehavior would have gained even more protections if the bill had passed. But it’s moot point now. It’s clear that California legislators weren’t about to follow the principle that the laws they impose on the rest of us ought to apply to them. But it’s yet another telling reminder of the double standard among our elected leaders.