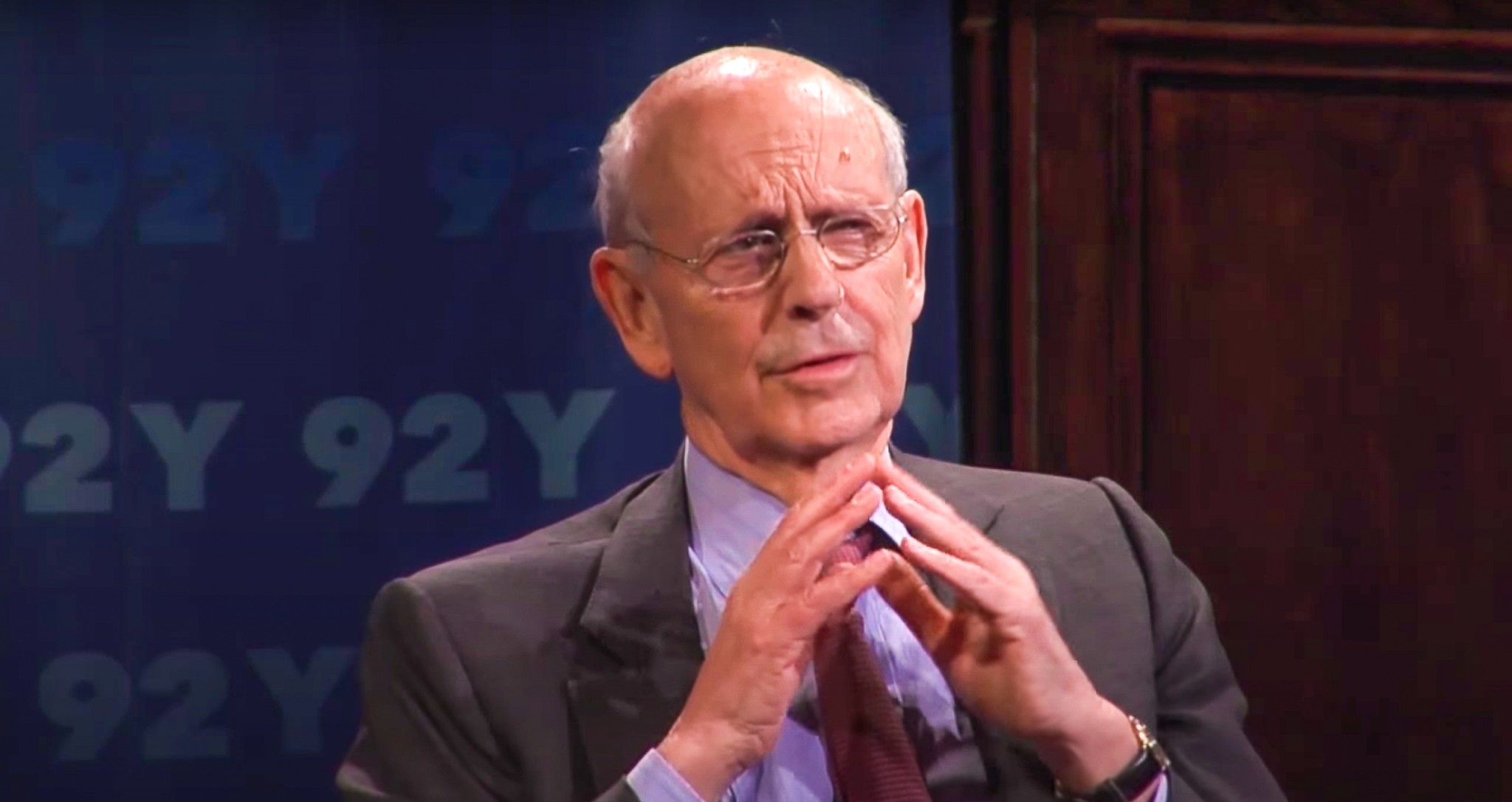 In a previous American Spectator article, “Dems to Supremes: Shape Up or Pack Up!,” I examined the lessons to be drawn from Franklin Roosevelt’s failed 1937 effort to pack the Supreme Court by raising the number of justices from nine to 15.

Roosevelt proposed that a new justice should be added for each sitting justice who is age 70 or older. Had Roosevelt been successful with his plan, the aging justices who blocked his New Deal programs would be nullified and the Court’s ideological balance would have shifted to the left.

FDR claimed that adding justices was all about lessening the justices’ workload. But court-packers today accept the real reason behind FDR’s plan: to change the Court’s ideological course. The motive FDR initially disclaimed, Democrats openly embrace.

In 1937, Justice Owen Roberts, a swing justice appointed by Herbert Hoover in 1932, began providing narrow majorities that upheld New Deal legislation. Some have interpreted these rulings as clever political maneuvers that intentionally protected the Court’s integrity. And many believe that this judicial shift saved the Supreme Court from FDR’s court-packing plan.

Both cases were decided 5-4. They marked the death knell of the Court’s doctrine of “substantive due process,” under which infringements upon freedom of contract were treated as violations of the Fifth Amendment’s Due Process clause.

The shift by Roberts gave rise to the famous quip about the Court’s volte-face: “the switch in time that saved nine.” And, a generation before that quip, there was Finley Peter Dunne’s Mr. Dooley (rendered in modern English): “No matter whether the Constitution follows the flag or not, the Supreme Court follows the election returns.”

The Left Resurrects the Court-Packing Plot

Democrats in recent years have tried to redefine “court-packing” as “court reform” so that it encompasses not only adding justices but also principles of constitutional and statutory jurisprudence. Proponents even chose a new weasel verb — “restructuring.” FDR had used “reorganization.”

This tactic draws from the practice of totalitarian countries that describe themselves as democratic people’s republics to blur the distinction between their dictatorships and genuinely free countries. This sanitizes their tyrannies — at least in the eyes of some observers.

In 2019, five senators filed an amicus brief in a gun regulation case in which they warned the Court that its rulings could undermine its “legitimacy.” And during the 2020 presidential campaign, Joe Biden was coy about whether or not he’d pack the Court, saying that he’d decide after the election. Most recently, Nancy Pelosi accused the conservative justices (plus Chief Justice John Roberts, a swing vote) of threatening voting rights.

For her part, Justice Ruth Bader Ginsburg said that nine was the correct number and that FDR was wrong to try to pack the Court. Justice Stephen Breyer has also come out — firmly — against repeating FDR’s effort.

The American Bar Association also issued serial declarations defending “judicial independence” in 1998, 2005, 2017, 2018, and 2019. From these, collectively, come twin takeaways. First, as Justice Sandra Day O’Connor said, “Criticism is fine, but retaliation and intimidation are not.” Second, the 1998 document sees a difference between “intemperate criticism” of a judge’s decision versus a “political” threat to impeach a judge if a case is not decided “favorably.” The former is undesirable; the latter is indefensible.

Donald Trump has pilloried the Court, often intemperately, for which most of the media and their allies in law and academia have lambasted him. But with today’s media, Pelosi and the Democrats get a pass for their attacks on the Court.

Round Three: Justices and Some Long Goodbyes

Apologies to Raymond Chandler, whose detective story The Long Goodbye features all sorts of skullduggery not to be found on the more mundane lives of America’s 115 justices (17 have served as chief justice). They are frequently in no hurry to leave the bench. In one of the neatest tales from Court annals, one justice, Charles Evans Hughes, was appointed twice. He was first appointed by William Howard Taft in 1910 as associate justice and stepped down in 1916 to run for president. After serving as secretary of state under Warren Harding, Hughes returned to the Court in 1930 as chief justice, appointed by Herbert Hoover. He replaced Taft, who had originally appointed him in 1910; he voluntarily stepped down in 1941 at age 79, albeit in full possession of his faculties, and died at age 86 in 1948. Though appointed twice, he is counted only once in the total number of justices, as are several others who served as associate justice and were subsequently appointed chief justice.

Alas, not all justices have chosen to go sotto voce into serene retirement. As told in law processor Henry Abraham’s superb 1999 book, Justices, Presidents and Senators, several cases have offered backstage — and at times front stage — drama. Genuinely poignant are the interleaved stories of Justices Robert Grier and Stephen Field. Appointed in 1846 by James Polk, Grier reluctantly retired in 1870, shortly before his death, age 76, later that year. Field, appointed by Honest Abe in 1863, had been tasked in 1869 by his fellow justices with a melancholy errand: approach the senile Grier to tell him that his time had passed. Shortly after, Grier assented. Then in 1897, Field was no longer able to serve. In his senescence, he found himself being asked to retire by John Marshall Harlan Sr. But Field refused, exclaiming, “Yes, and a dirtier day’s work I never did in my life!” But nine months later, Field succumbed to the inevitable and died two years later.

The next major impasse came with Justice William O. Douglas, who was appointed by FDR in 1939 and was the last justice born in the 19th century (1898). The end drew nigh when Douglas suffered a massive stroke on the last day of 1974, rendering him partially paralyzed and also mentally debilitated. Seven of his eight fellow justices agreed to postpone major cases until Douglas departed. It took former Justice Abe Fortas to persuade Douglas to make his exit in the middle of the Court’s fall 1975 term. At 36 years, Douglas remains the longest-serving justice; he died in 1980.

Democrats Look to Manipulate the Court

This brings us to the drama surrounding the late Justice Ruth Bader Ginsburg. Born in 1933 and appointed by Bill Clinton in 1993, RBG endured numerous bouts with cancer, radiation, and chemotherapy. She died on September 18, 2020, 47 days before the November 4 election. During the Obama years, she was repeatedly approached and asked to retire so that a Democratic president could appoint a younger left-wing justice. Even after a meeting with the president, she demurred, reportedly stating that the Republicans would filibuster any Obama replacement and that her goal was to serve to age 90, as had her fellow jurist, Justice John Paul Stevens. No one spoke of this publicly, however. RBG was also caught falling asleep during oral arguments, which was ignored in the mainstream press.

In 2013, then-Senate Majority Leader Harry Reid exercised the infamous “nuclear option” by amending Senate Rule 22 so that nominations to the federal district and appeals courts could not be filibustered; the Supreme Court was exempted, as no vacancies had occurred. Democrats got a taste of their own medicine when, in 2017, Republicans amended Rule 22 to end the filibuster for the High Court, enabling Trump to appoint three justices during his presidency.

Mindful of the debacle caused by Ginsburg’s perceived obstinacy, voices on the left are calling publicly for Breyer to retire while a Democrat occupies the Oval Office. Had he wished to do so this year, he’d have announced by the Court’s last day, July 2, to give enough time for the administration to put a replacement on the Court in time for the October 4 start of the Court’s fall term. If anyone still harbored hopes that Breyer would step down, he just hired his four law clerks for the Court’s full 2021–22 term.

So Breyer’s hinge point moments will be at the end of the Court’s first 2022 term or first 2024 term, before the fall elections in those years. But Breyer is now an incredibly influential justice. As a moderate liberal, he is better positioned to appeal for votes from the other justices than are the strongly progressive Kagan and Sotomayor.

Expect Justice Breyer to stay for the foreseeable future. Breyer relishes his station, one that gives him vast influence in American life. Justices often wield far more power than any member of Congress, and in some cases have proven even more influential than presidents.

Doubtless Breyer will be apprised as July 2022 draws near as to what the odds appear to be for a GOP takeover of the Senate. And if he stays, a similar assessment will be made in 2024. But if Ginsburg, a far more ideological justice than Breyer has been, and one in failing health to boot, refused to step down, one should not make a book that Breyer, if his health holds, will step down in either year.

Put plainly, Justice Breyer has said publicly — and avowedly means — that law is what guides him, not partisan politics.

John C. Wohlstetter is the author of Sleepwalking With the Bomb (Discovery Institute Press, Second edition 2014).