The Biden administration is dead-set on taking your money.

Plan A was to repeal the entire Trump tax cut and vastly increase corporate and individual income taxes on top of new taxes on energy. Sens. Joe Manchin and Kyrsten Sinema have slowed this down, reduced the size of any final tax cut, and perhaps killed tax cuts before the 2022 midterm elections. So plan B is to give the IRS vast new powers to squeeze more money out of taxpayers using the current code. And then there’s plan C: inflation. Print more dollars and spend them.

While the world talks about possible tax hikes and the painful reality of inflation, they’re missing the disturbing developments in plan B — developments that would adversely affect the lives of all tax-paying citizens.

The Democrats want to supersize the IRS.

Nancy Pelosi, Chuck Schumer, and Joe Biden agree that they want to double the size of the IRS and spend even more tax dollars to harass and audit taxpayers. But wait. There’s more. They also want to give IRS bureaucrats new powers to monitor the bank accounts of taxpayers and have the IRS make out your tax return and simply send you a bill for what the IRS thinks you owe. 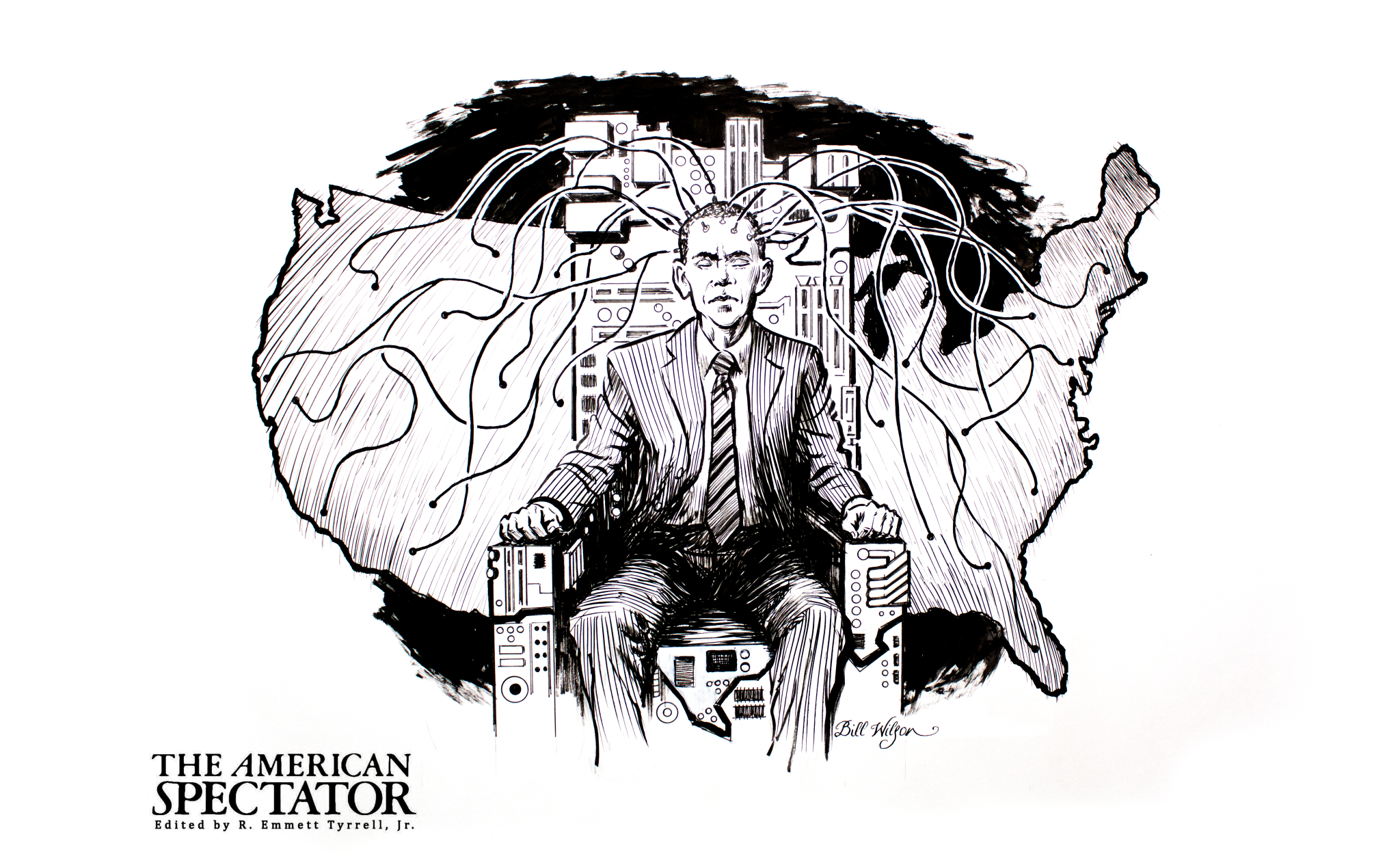 Why? The IRS is failing in its most basic responsibilities and refuses to protect taxpayer privacy. The agency needs limitations on its existing powers and serious reform, not more money and power.

The Biden administration wants the power to peek at your bank accounts whenever it wants.

And yet the Democrats plan to give the IRS $80 billion in additional funding over the next decade and deploy eighty-seven thousand new IRS agents. That’s enough agents to fill every seat of Nationals Park — Washington, D.C.’s Major League Baseball stadium — twice. It’s enough to fill the Roman Colosseum three times — with social distancing.

While Democrats claim (once again) that this would allow the agency to better go after “the rich” and large corporations, the IRS admits this funding would target middle-class families and small- and medium-sized businesses. The proposed billions of dollars will fund 1.2 million more annual IRS audits, half of which will hit households making less than $75,000 annually.

Of the nearly $80 billion in proposed new IRS funding in the Democrats’ plan, $44.9 billion, more than half, would go directly towards “enforcement.” This is twenty-three times greater than the $1.93 billion in funding for “taxpayer services.” If you have tried to get a question answered by the IRS and been put on hold — that is not going to change.

Wealthy individuals and large corporations already have armies of white-shoe lawyers and accountants. The IRS will go after easier targets to extract money: small and family-owned businesses and the self-employed.

The Left is also anxious to have the IRS take on a long list of new responsibilities empowering the agency to intrude into the lives of American households.

The Biden administration wants the power to peek at your bank accounts whenever it wants. As part of something called (really) a “comprehensive financial account information reporting regime,” Biden plans to give the IRS automatic power to access and store your bank account, PayPal, Venmo, and CashApp inflows and outflows. No warrants. No subpoenas. No privacy.

According to an analysis by the Joint Committee on Taxation, this proposal would hit up to 134 million Americans earning less than $400,000 per year.

And it gets worse. The Left wants to have the IRS “study and implement” a very big change: the government will fill out your taxes for you. Then you can complain. If you dare. Democrats want to end the existing system of voluntary compliance, in which Americans are responsible for filling out their own tax returns, with a system in which the government completes your tax form and demands you pay what they calculate you owe.

Good luck changing any errors made by the IRS. And do you believe the IRS will understate or overstate your taxes owed?

Earlier this year, the IRS also attempted to quietly implement a face-scanning system that would require taxpayers to use their phones or computers to submit biometric faceprints. An IRS document outlining the agreement notes that your “geolocation can be gleaned” and “used in the event of an investigation.” In English: the IRS will know where you are at any point if it wants to find you.

Each of these proposals could put the data security, personal information, and financial security of taxpayers at risk at a time when the IRS has repeatedly proven it cannot be trusted with new powers.

The IRS also repeatedly has failed, or refused, to protect your tax returns from prying eyes. Last year the progressive group ProPublica announced that it had obtained the private tax return and audit data of thousands of taxpayers stretching back fifteen years. This sensitive taxpayer data was obtained through either an unauthorized theft by an IRS employee or an enormous data breach. Either way, the IRS failed to safeguard your privacy.

Additionally, a 2016 Treasury Inspector General report found that the IRS had lost track of one thousand laptops containing sensitive taxpayer data. In 2015, hackers stole the personal data of 330,000 taxpayers.

The IRS has had a long history of targeting and harassing taxpayers. A 2017 Inspector General report uncovered numerous examples of IRS overreach, including violations of the Eighth Amendment and failure to notify taxpayers of their basic rights when seizing their property on a mere hunch.

The agency is also sloppy in its handling of evidence used in enforcement proceedings. Treasury Department investigators did a walk-through of IRS offices and found “evidence placed in hallways, stacked outside cubicles, and in break rooms.” The agents simply do not follow the agency’s own rules.

And in case you’ve forgotten, the IRS destroyed the Tea Party movement. How? Working with the Obama White House, the IRS refused to let state and local Tea Party groups incorporate as nonprofits before the 2012 elections. Without nonprofit status, new Tea Party groups could not successfully fundraise. They atrophied and died. In a three-year period, the Lois Lerner–led IRS approved only one conservative nonprofit group. Yes, you read that correctly: one group.

By crushing the Tea Party organizations, the IRS delivered the 2012 election for the Democrats from the presidency to state legislatures.

With all that going on, perhaps it’s not surprising that the IRS is apparently too busy to fulfill its basic duties. As noted in the National Taxpayer Advocate’s 2022 report, the IRS does not provide clear, timely, or accurate information to taxpayers. The NTA also notes that only 11 percent of calls to the IRS were answered by a real person in 2020. During the busiest month, the number dropped to 4 percent.

Many IRS employees prefer to be hard to reach. In 2012, the NTA outlined how tax examiners can simply disregard taxpayer cases because they know taxpayers may give up after examiners fail to answer the phone.

Time for Change — And I Don’t Mean Currency

Clearly, the IRS should be reformed and its powers limited. To start, the politicization of the agency must be reversed.

The left-wing National Treasury Employees Union (NTEU) is famous for aggressive use of lawsuits in order to advance Democrat union priorities. The union collects dues from roughly seventy thousand IRS employees, nearly half of NTEU’s total membership. Is the IRS “nonpartisan”? No. This union shovels 97 percent of its contributions to Democratic candidates.

IRS employees regularly perform union work on the taxpayer dime. In 2019, IRS and other Treasury Department employees spent 353,820 hours of taxpayer-funded union time, costing $19.8 million in salary and use of government property.

More than forty of the 201 workers who spent all their time working for the union were paid more than $100,000 per year. There is not a Republican party in any state with staff that large and well paid.

The IRS has a long history of incompetence, corruption, and blatant disregard for taxpayer privacy. We have tried to solve these problems by giving them more expensive computers and more staff, and we’ve passed laws on privacy that they ignore. (READ MORE from Grover Norquist: Not a Penny More for the IRS)

The only possible reform is to reduce the size, scope, and complexity of the personal and corporate income tax to reduce the power of the IRS: Move to a single rate tax rather than a graduated or “progressive” income tax. Tax income once: not when you earn it, when you invest it, and again if you are stupid enough to die.

Simple laws are easy to understand and more difficult for government to abuse.