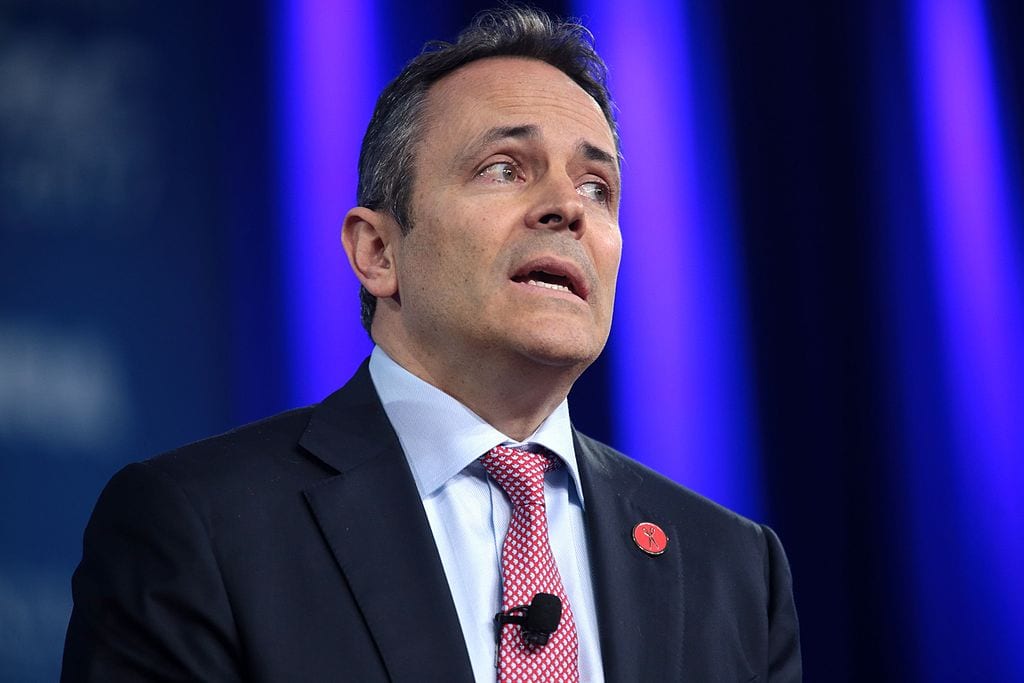 It doesn’t take much effort to cause offense in our supersensitive times. Practically any statement uttered with passionate conviction can provoke angry condemnation, after which an apology is practically de rigueur.

Sure enough, Kentucky Gov. Matt Bevin, a Republican, apologized two days after asserting in the following manner his frustration with a walkout of thousands of Bluegrass State teachers: “I guarantee you somewhere in Kentucky today a child was sexually assaulted that was left at home because there was nobody there to watch them. I guarantee you somewhere today, a child was physically harmed or ingested poison because they were home alone because a single parent didn’t have enough money to take care of them.”

Apart from the hyperbolic use of dire predictions and the mangled syntax, Bevin’s statement should have provoked more reflection than anger. His blast was not so much a personal attack on individual teachers as a commentary on the extent to which public schools have become a babysitting service.

Whether because of a walkout, a wildcat strike, or a full-fledged union-instigated strike, the sudden shutdown of fully staffed government-run schools leaves parents scrambling to make child-care arrangements for their children. Parents perceive the public schools as saving them big bucks for sitters, nannies, or nurseries, while seldom factoring in the ever-rising taxes they pay for comprehensive government schooling, pre-K through grade 12.

A typical school day devours time that could be spent in serious study. There are the morning and afternoon bus rides (and waits in predawn darkness at bus stops), the processing in homerooms, walks to the next classes or on hall passes, assemblies in the auditorium, the cafeteria routine, countless hours spent in standardized testing, surveys to be taken, counseling, pep rallies, and the newest Big Education enthusiasm: social and emotional learning. No wonder when this big machine grinds to a halt, parents have a big void to fill. They must be full-time parents.

To parents’ credit, they evidently made emergency arrangements during teacher walkouts — not just in Kentucky, but also in states such as Oklahoma and West Virginia — to forestall home-alone kid catastrophes such as Bevin hypothesized. They pleaded with their bosses for a child-care day off. In some cases, they got docked pay for doing so. In others, they might even have lost their jobs for going home to be with their children. In many more cases, they likely enlisted grandparents, other relatives, older children, or neighbors to watch the out-of-school kids.

Given that no huge parental backlash has yet emerged to the teacher walkouts made in pursuit of higher wages, benefits, and funding for government schooling,theNew York Times has conjured visions of these red-state teacher uprisings presaging gains for Democrats in the mid-term elections. However, as indications grow of teacher activism in the form of political rallies and further walkouts becoming the new norm, parents may soon shift from grumbling to acting on their own.

In a feature story in the Oklahoman, reporter Josh Dulaney drew a sharp contrast between the precise, business-as-usual schedule of one school with the hundreds of Oklahoma schools that closed during a nine-day teacher walkout. In that one school, class was in session daily: “By 10 a.m., the computer was on, science books were open, and math sheets were stacked on a table surrounded by students from first to ninth grade.”

That school was not a rogue public school, but rather a homeschool administered by Geri Chandler, a dedicated mom of three daughters and one son.

When other parents have time to do a little research, they will find that parents like Geri Chandler have made homeschooling the fastest-growing sector of education. In North Carolina, homeschool enrollment now exceeds that of private schools. And these schools are no longer the isolated, limited environments they once were, either. Instead of being enlisted for childcare duties when teachers selfishly go on strike, family members could instead join with members of other families, pool their skills and resources, and become cooperative educational enterprises: homeschool co-ops. They could even chip in and hire consulting teachers.

Teacher walkouts may very well accelerate the pace at which parents and their kids are walking out of public schools in search of secure, stable, family-oriented education that’s operated independently of intellectually stifling statist control.