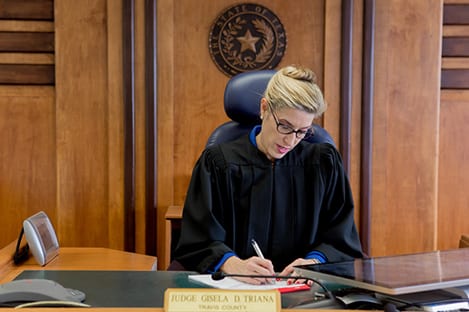 National politics are highly polarized, as evidenced by the Democrats’ nomination of progressive Alexandria Ocasio-Cortez in New York’s 14th congressional district, and of far-left Tallahassee mayor Andrew Gillum in Florida’s governor’s race, as well as the histrionics displayed by Democratic members of the Senate Judiciary Committee during the confirmation hearing for Judge Brett Kavanaugh. The mid-terms will be tumultuous, and the Fever Swamp has even taken root in the Lone Star State. Texas Senator Ted Cruz, who handily won the state’s presidential primary in 2016, is running a tight race for reelection against a back-bencher liberal congressman from El Paso, Robert “Beto” O’Rourke.

A democratic-socialist firebrand on the Austin City Council, Greg Casar, has successfully pushed a progressive agenda that includes mandatory paid sick leave for private businesses located in the capital city, and non-enforcement of “public order” laws such as public drug use and petty theft — thought to have a disproportionate impact on minority offenders. Even Texas’s appellate courts, which are subject to partisan elections, are experiencing unusual political pressures this year. All six judges serving on the Third Court of Appeals, comprising 24 counties in central Texas (including the seat of state government in Travis County), are currently Republican, but four of them face Democratic challengers in November. The Third Court serves a function similar to the D.C. Circuit in the federal system, reviewing in the first instance challenges to state laws and administrative regulations.

For that reason, it is a vitally-important court because the Texas Supreme Court — like the U.S. Supreme Court — exercises discretionary review and grants hearing in a small percentage of cases. In many appeals, the rulings of the Third Court are effectively final. Three of the four seats on the Third Court subject to election in 2018 are held by incumbents; Justices Cindy Olson Bourland, Scott Field, and David Puryear are well-known to the voters and have all won prior elections. One seat, however, denominated Place 6, is an open seat due to the retirement of the incumbent, Justice Bob Pemberton. The race for Place 6 pits Republican Michael Toth against Democrat Gisela Triana. Toth, a Major in the Marine Corps reserves, is an appellate law specialist in private practice who until recently served on Texas Attorney General Ken Paxton’s executive team. Triana is currently a trial court judge on the Travis County district court.

In light of the electorate’s strange mood — even in Texas — some observers wonder if 2018 will depart from the historical voting patterns, which have favored Republican candidates in recent decades. The Place 6 race presents a particularly interesting contrast, between a strong conservative endorsed by Attorney General Paxton and many GOP elected officials, and a lightly-regarded office-holder who has made a career of moving up the political ladder in Democrat-controlled Travis County. Toth attended Stanford undergrad and received his law degree and an M.A. in history from the University of Virginia. Triana, a fixture in Austin, graduated from the University of Texas law school.

Toth clerked for a respected conservative jurist, Fifth Circuit Judge Edith Jones. Triana’s most prominent accomplishments as a judge, in contrast, fall into the category of notoriety rather than achievement. The first is her arrest in 2015 for drunk driving, after she was stopped for speeding (traveling 17 MPH over the limit). The arresting officer found an empty bottle of Mike’s Hard Lemonade in her console. Glassy-eyed and unsteady on her feet, Triana refused to submit to a breath test when stopped, and by the time her blood was tested later that evening, her blood alcohol level of 0.076 was just below the legal threshold of 0.08. Accordingly, the district attorney declined to press charges for DWI and instead reduced the charges to a class C speeding misdemeanor ticket. This would doom the career of a judge in most jurisdictions, but not in the People’s Republic of Austin.

Triana’s second notable “accomplishment” as a judge came when she was unanimously reversed in 2014 by the Third Court of Appeals — the position to which she now aspires! — in an environmental case entitled Texas Commission on Environmental Quality v. Bonser-Lain. The lawsuit had been filed by an activist group, seeking judicial review of an administrative agency’s refusal to promulgate regulations restricting the use of fossil fuels, as part of a national crusade against “climate change.” Following a public hearing, the state agency in question, the TCEQ, exercised its discretion to decline to issue regulations regulating so-called “greenhouse gas” emissions, in part because such regulation is within the purview of the Federal Clean Air Act, not state law.

An agency’s refusal to issue regulations is not generally subject to judicial review, but there is a narrow exception under the Texas Water Code allowing courts to second-guess agency decisions when they involve water rights under the “public trust doctrine.” When the activist group sued to challenge TCEQ’s decision, the agency strongly objected, on the grounds that Triana lacked jurisdiction. Triana disagreed, issuing a boldly-activist decision holding that the public trust doctrine was not limited to water rights, but included “all natural resources of the State.” Triana’s absurd ruling effectively made all agency decisions involving the environment subject to litigation — in violation of longstanding Texas law prohibiting suits challenging the denial of a petition for rulemaking. TCEQ appealed Triana’s decision to the Third Court, arguing that Triana should be reversed because she did not have jurisdiction over the case.

Under the common-law doctrine of sovereign immunity, the State and its agencies cannot be sued, absent an express waiver. Texas courts defer to the legislature to waive immunity from suit because this allows the legislature to protect its policymaking function. Any waiver of immunity must be expressed by clear and unambiguous language. Sovereign immunity deprives a trial court of subject-matter jurisdiction and is properly asserted in a plea to the jurisdiction. (Citations omitted.)

The Third Court then applied those principles:

Given the clear absence of a right to judicial review under the APA, we conclude that section 5.351 of the Water Code does not provide a right to judicial review of a petition for rulemaking. Indeed, no Texas court has ever held that an agency’s refusal to promulgate rules is reviewable by courts, whether via section 5.351 or otherwise. Absent a “clear and unambiguous” expression of such intent by the legislature, we will not be the first. Accordingly, the Appellees failed to demonstrate the district court’s jurisdiction over their suit. (Emphasis added; citations omitted.)

Despite its genteel language, the Third Court’s decision represents a humiliating smack down. The appellate court pointed out that Triana had blundered, in clear violation of controlling law. “No Texas court has ever held that…” is a polite way of saying: “We can’t believe you are that dumb.”

Judge Gisela Triana is either not bright enough to understand basic principles of sovereign immunity and administrative law — the bread-and-butter of the Third Court’s docket — or too committed to a progressive agenda to follow the law. In either event, she is unfit to serve on Texas’s most important intermediate court of appeals. One hopes that the peculiar currents at work in the electorate do not lead to a travesty in November. Triana’s election to Place 6 on the Third Court would be disastrous to the rule of law in Texas.