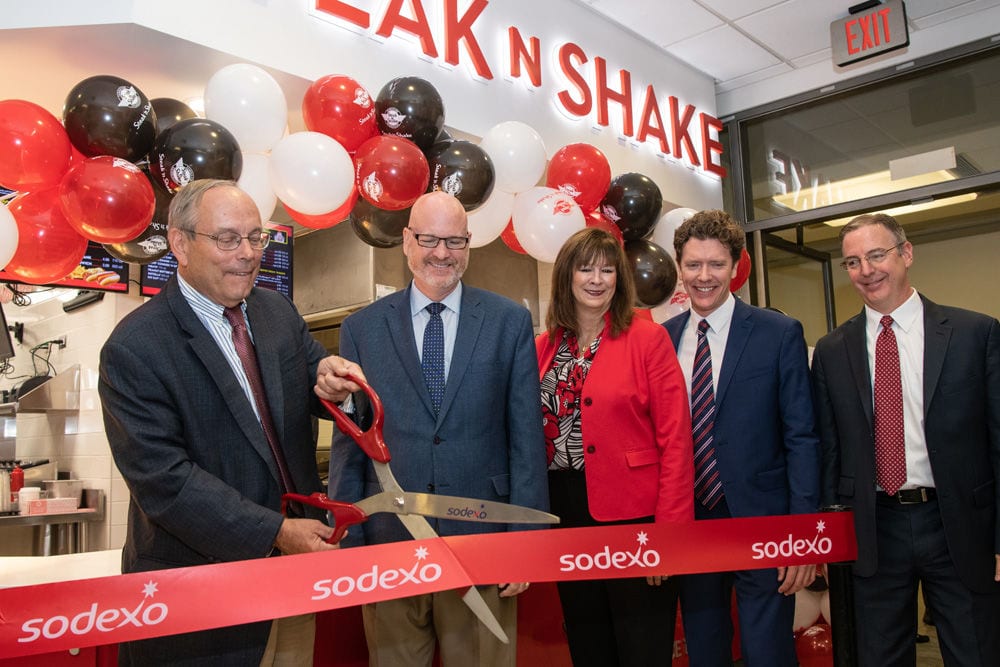 There is something romantic — at least to a certain kind of swamp rat — about the prospect of dining in the Rayburn cafeteria on Capitol Hill. It offers all the glitz of a C-SPAN 2 program: a collection of gray plastic table tops, faded photos of the national monuments, and a steady flow of House staffers shambling around the room until Nancy Pelosi’s impeachment gavel calls them away.

The Rayburn cafeteria is one of the best in Washington, D.C. Among people who rank such things, it usually comes in third — right behind the Newseum and the Basilica of the National Shrine. But with the former’s institutional demise and the latter’s temporary inaccessibility to George Neumayr, Rayburn might just leapfrog to the top.

That’s because Rayburn just opened the city’s first Steak ’n Shake. It only took 85 years, but you can’t rush art. Since September, the crown jewel of Illinois, the chain “Famous for Steakburgers,” has been serving up the best fast-food lunch on Capitol Hill.

I recently made a pilgrimage to this Steak ’n Shake with a Senate staffer and two other friends. The line was out the door and down the hall. Everyone I passed in the building was talking about the place: the heavyset security guards at the entrance, the K Street bros cooling by the Sam Rayburn statue, the college interns glued to their iPhones — I imagine even the ghost of Paul Ryan was drifting through some air duct, murmuring its praises.

And not without reason. The Rayburn Steak ’n Shake solves one of the chain’s systemic problems, which has persisted since at least the 1950s, when the company began expanding outside its home in Normal, Illinois. A former Steak ’n Shake employee — now the mother of 10 children — once described it to me this way: the chain never decided if it’s a diner or a drive-thru. Because of this, the often short-staffed locations end up attempting to serve the people in the cars and the people in the booths at the same time. They invariably fail, and the result is a seemingly endless wait for everyone.

I’ve endured this wait many times in my years of Steak ’n Shake patronage. Once, in Massaponax, Virginia, I sat in the drive-thru for nearly 45 minutes with my brother. We spent most of it looking longingly at the Waffle House up the street. Another time, in Grand Rapids, Michigan, I suffered a similar delay in the dining room. Here, the man sitting next to me became so agitated that he chowed down on some KFC stashed in a ratty tote bag before his food showed up.

I had to walk out of a location in Columbus, Ohio with my fiancée because the service was so slow — a great embarrassment.

Not in Rayburn. Here, Steak ’n Shake is sticking to it strengths. No drive-thru, no fancy menu options. Just hamburgers and “hand-dipped” milkshakes, whatever those are. Oh, and the Frisco Melt, which is always more disappointing than memory would allow.

But that’s the way it is with memory. Candy becomes cloying, the New Yorker a rag, and classic rock a moral atrocity. Just last week I tried to reread Ray Bradbury — a childhood favorite — and couldn’t get more than a few despairing pages into The Illustrated Man. So it goes.

The thought crossed my mind as I settled into one of those gray plastic tables up at Rayburn that a day will come when I can only bear Steak ’n Shake in memory. No more cheeseburgers, shoestring fries, and peanut butter milkshakes. I will become like the middle-aged dad who told me he can no longer eat chili dogs because he fears they will send him to “an early grave.”

I know that day is coming for me, too. But I hope the wait is long.