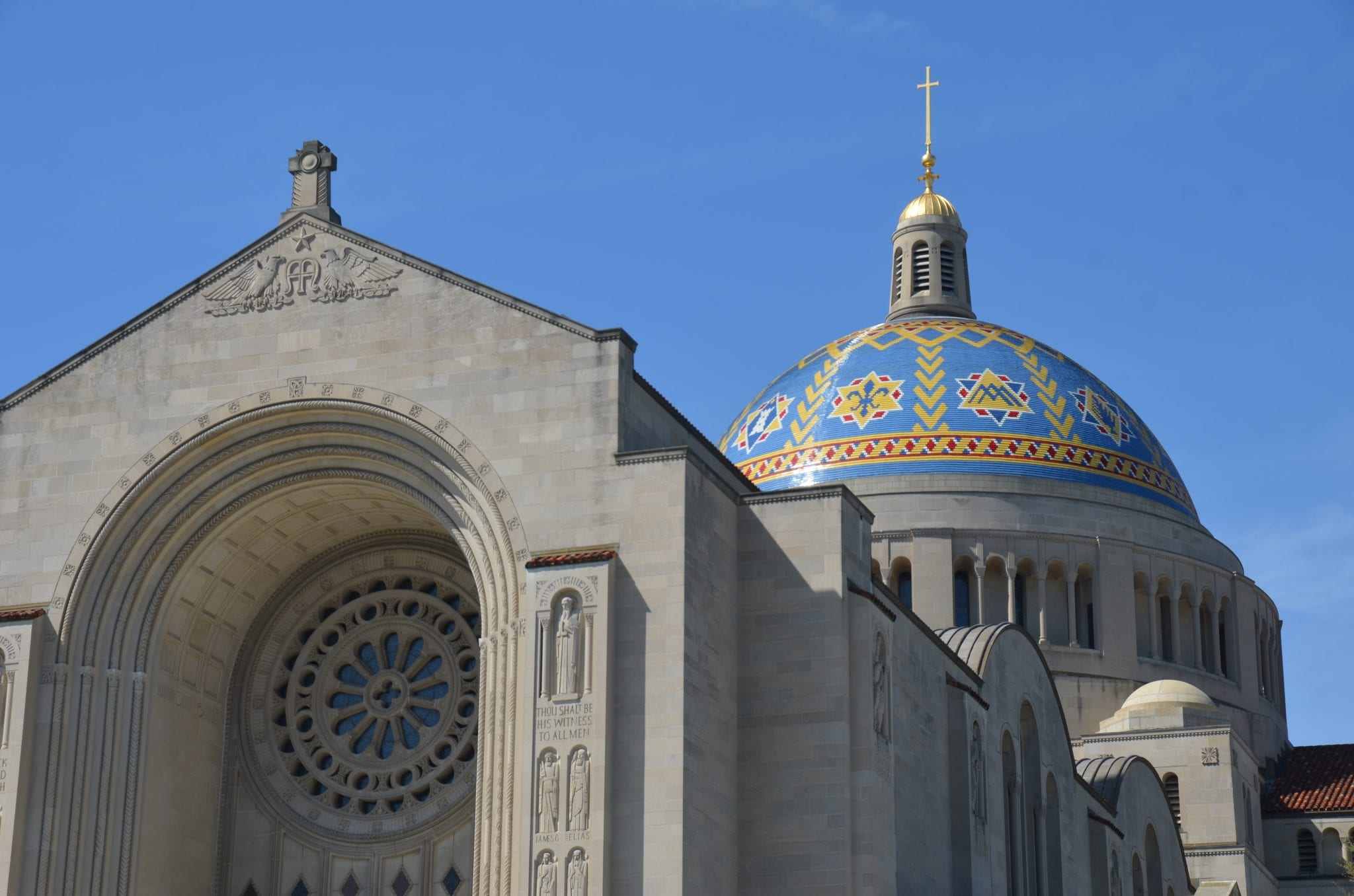 Archbishop Carlo Maria Viganò, the whistle-blowing former papal nuncio to the U.S., recently confirmed my scoop from last year that Monsignor Walter Rossi, who runs the Basilica of the Shrine of the Immaculate Conception, is an accused gay predator.

“‘Monsignor Rossi is, without a doubt, a member of the ‘gay mafia.’ You can read about him online on The American Spectator website,” Viganò told the Italian journalist Marco Tosatti.

“I can say that, while I was a nuncio in the United States, I received the documentation that states that Msgr. Rossi had sexually molested male students at the Catholic University of America,” according to Viganò. “The Vatican, in particular Cdl. [Pietro] Parolin, is well aware of the situation of Msgr. Rossi, as is Cdl. Wuerl. I can finally testify that Rossi’s name was proposed for promotion to my predecessor, Archbishop Pietro Sambi, who blocked his progress.”

Fearing my investigation of the gay mafia, Rossi last year put me on the Basilica’s Most Wanted list — an internal security memo/poster I discovered that instructed its security detail to call the police if they saw me on the premises. I never received any notice of the duration or rationale of the ban. So when I went to the Basilica on Corpus Christi Sunday and trotted along in its procession, I didn’t know for certain if Rossi would boot me from the Basilica. But he did.

His security guards had been casting meaningful glances at me during the Mass and shadowed me wherever I went. Then they called the police, who turned up near Rossi’s Lexus in his special parking spot near the Basilica’s doors. But it was left to the director of security to do the deed. “I need to talk to you,” she said to me, looking very grave, as if I wasn’t a journalist and Catholic but a member of ISIS (the security also ludicrously flanked Rossi, as if he was in mortal danger).

“You are barred from the Basilica,” she said, “which means you are not supposed to be here. I am going to ask you to leave.” The woman’s name is Valencia Camp, who, a quick Google search reveals, is tied to various Rossi retainers (one of whom lives in an apartment that Rossi was once listed at).

Camp informed me that I have been banned “for five years,” and that the “bar notice is with the Metropolitan Police.” What, I asked, are the grounds for the order? She wouldn’t answer: “I need you off the property.” Does the Basilica, I also asked, have a policy of banning journalists (which is not exactly in keeping with the supposedly “transparent” Church of Pope Francis)? “When their behavior is inappropriate,“ she replied, but wouldn’t specify what inappropriate actions I had ever committed. I also asked her, given that the ban baldly violates my canonical rights as a Catholic to frequent the sacraments, what authority Rossi has to ban me from a Catholic church. She responded with bureaucratic babble and secularism: “This is a civil issue with the police.” (The police have never contacted me and I never received a “barring order” stipulating that I can’t step on to the property for five years. My interchange with Camp can be seen on my iPhone video below, which at o1:33 also includes a nice shot of Rossi’s Lexus.)

Rossi is a protégé of two confirmed frauds and out-of-control gay clericalists, Michael Bransfield and Theodore McCarrick. He learned at their knees how to treat the Basilica as his personal fiefdom. Because Rossi sees the Church’s “property” as his own, he feels no hesitation in violating the canonical rights of a Catholic simply because he doesn’t want to be questioned by him about Viganò’s charges and other sordid matters.

Were the Church to investigate Rossi, as it investigated his patrons, it would find the same pattern of squalor, greed, manipulation, and homosexual harassment. Viganò has established at the very least that he received complaints about Rossi’s predation. The faithful have a right to ask about those charges. Rossi also sits on the board of Catholic University, which, were his misdeeds heterosexual, would have landed him on the front page of the Washington Post a long time ago.

I had heard rumors last year that the Post was asking questions about Rossi, but of course it never produced a piece. The bulb on the Post’s “spotlight” isn’t even flickering. In hock to the Catholic left and sympathetic to the spread of homosexuality within the Church, the Post’s religion reporters haven’t even reported on Viganò’s comments about Rossi. Never mind that it is obviously relevant D.C.-related news for a D.C. paper. For the Post, the “Me Too” movement simply doesn’t extend to homosexuals, one of its favorite minority groups. But imagine if Viganò had said he received complaints about a prominent priest who was hitting on the CUA cheerleading team. The press and Catholic U’s president would respond with an immediate investigation.

For now, Rossi enjoys the PC immunity of the press and the protection of the utterly hypocritical Church of Pope Francis, which preaches poverty by day and practices decadence by night. Pope Francis goes on and on about “self-interested clericalism” than protects and promotes its most obvious practitioners. The McCarrick-Bransfield-Rossi triumvirate, with its beach houses, boy toys, and ballooning bank accounts, resembled nothing less than self-interested clericalism on steroids.

The principal celebrant at the Mass, by the way, was Monsignor Charles Antonicelli, who served as vicar general and moderator of the curia under the disgraced Donald Wuerl. Rossi introduced him rather pompously at the beginning of the Mass, noting that Antonicelli in effect had been Wuerl’s chief of staff and now serves as (Wuerl successor) Wilton Gregory’s. How is that for business as usual? Viganò had Antonicelli sized up, famously noting that Wuerl “lies shamelessly” and “prevails” upon Antonicelli to “lie as well.”

Rossi hopes to hide behind those lies, and who knows maybe he can gut it out under the corruption of Francis, for whom “making a mess” applies not to angry orthodox Catholics but to wayward priests and left-wing activists. With one hand, Rossi invites Nancy Pelosi and company to Communion; with the other, he calls the police and his praetorian guard on me.