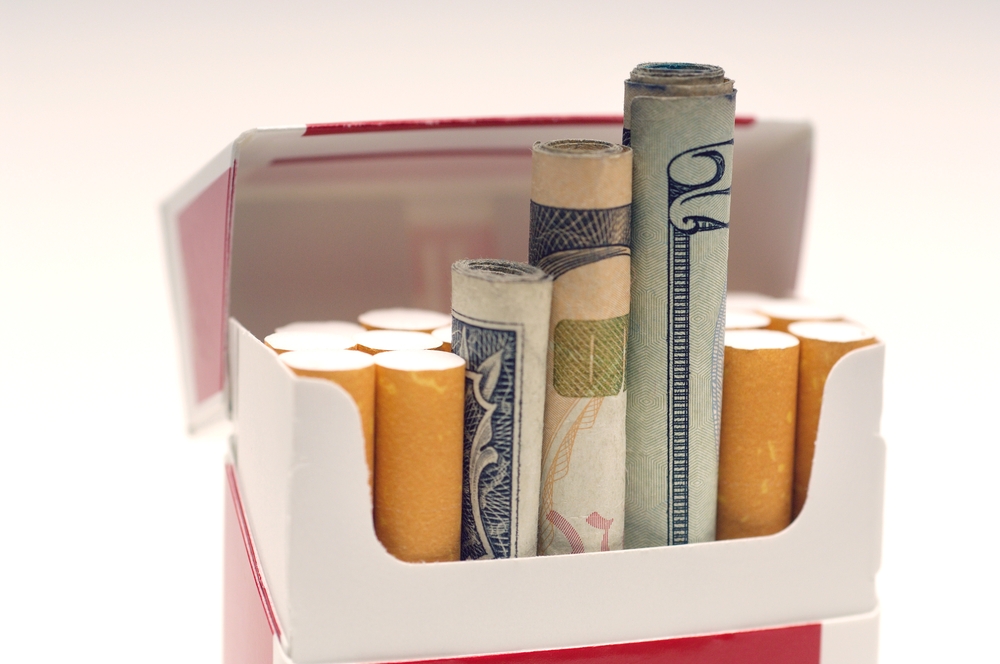 Each year, many American adults will attempt the extremely difficult feat of quitting smoking. Many of them will fail, but at least they try. This can’t be said for the states that are still collecting billions of dollars in state cigarette excise taxes borne by those same adults who are attempting to improve their health. If states want to better their financial health in 2023, they should refrain from increasing existing state excise taxes and reexamine the need to gouge addicted adults all the while using those same tobacco monies on programs other than tobacco control.

Many Americans have been able to quit smoking and/or never picked up the habit. In 2021, only 14.4 percent of U.S. adults were currently smoking. This was an 8.9 percent decline from 2020, and a whopping 36.6 percent decrease from 1995, when over one-fifth (22.7 percent) of adults were current smokers.

For every $1 the states and D.C. received in cigarette taxes and settlement payments in 2021, they spent less than 3 cents on programs to help those adults (who pay those taxes) quit smoking that year.

Proponents of cigarette excise taxes justify these types of “sin taxes” as fair and say that they are used to deter people from unfavorable behaviors. Cigarettes, being one of the deadliest consumer goods available, cost states hundreds of thousands of dollars in health care and other related costs. Yet, as lower-income people are more likely to smoke, taxes on cigarettes disproportionately burden poor people.

Throughout the years, despite increases in cigarette taxes, smoking rates have remained relatively consistent among lower-income and lower-educated adults, while significantly declining among their higher-income and more-educated counterparts.

Among low-income persons in America (between 1995 and 2022), smoking rates decreased by only 2.5 percent. This number nearly halved among adults earning $50,000 or more, decreasing by 48.8 percent during the same period. Among American adults with no high school diploma, current smoking rates decreased by a measly 1.1 percent, compared to 66.5 percent among college graduates.

In addition to excise taxes, states receive settlement payments that are paid for by the adults who smoke.

In the late 1990s, tired of the costs of treating low-income persons for smoking-related health care issues, the states sued the then-largest tobacco companies, culminating in the Master Settlement Agreement, the largest single settlement in U.S. history. Per the agreement, states are to receive a percentage of each cigarette that is sold in their respective state. While stated as a “win” against tobacco companies, like any overhead cost or tax, these annual payments have been pushed onto the consumer — in this case, the lower-income, lower-educated smoking adult.

In 2021, the states and D.C. collected more than $8 billion in tobacco settlement payments. This was actually a 14 percent increase from 2020’s $7-plus billion as the payments increase, due to the payments automatically being increased by at least 3 percent each year, or higher if the actual inflation rate is higher.

Given that states sued tobacco companies in the 1990s to address the burdens and costs associated with smoking and its related harms, it would be reasonable to assume that state policymakers would use tobacco-derived moneys on programs that could both educate youth as well as help adults quit smoking. Yet, year after year, states spend less on tobacco-control programs while they fleece the wallets of low-income adults.

In 2021, states and D.C. spent only $655.7 million on tobacco-control programs, which was an 11.4 percent decrease from 2020’s $739.7 million. To put this minimal amount into perspective, for every $1 the states and D.C. received in cigarette taxes and settlement payments in 2021, they spent less than 3 cents on programs to help those adults (who pay those taxes) quit smoking that year.

Ahead of 2023 sessions, some states are already eyeing increasing cigarette excise taxes, yet recent tax increases indicate that lawmakers do not use the additional tobacco moneys to help adults quit smoking. For example, Virginia doubled its cigarette excise tax in 2020, from $0.30 to $0.60 per pack.

In 2021, the commonwealth collected a record $234.8 million in cigarette excise taxes — a 77.9 percent increase from 2020’s $132 million. Meanwhile, Virginia lawmakers only allocated a pitiful $8.3 million in state funding towards tobacco-control programs — a 14.4 percent decrease from 2020’s $9.7 million.

In time for the new year, it is long overdue for lawmakers to quit relying on the lungs of adults who smoke. Not only does this disproportionately affect the very people that are directly impacted by the long-lasting ill-health effects of combustible cigarettes, but it also has failed to substantially reduce smoking rates among those adults. Moreover, it’s a shame that lawmakers would come back, again and again, to those same adults, demanding even more of their hard-earned dollars, while spending less and less on programs to help them quit smoking.

Adults are doing a good job at reducing cigarette rates, whether it’s as a New Year’s resolution or not. It is time for lawmakers to do the same and reduce their reliance on cigarette excise taxes.