The Talkies,Top Story Donald Trump,Joe Biden,The Left The Star Trek Election: Trump as Kirk and Biden as John Gill - The American Spectator | USA News and Politics
Menu
The Talkies
The Star Trek Election
The great original show was ahead of its time when it beamed up Joe Biden in the guise of John Gill.
by Lou Aguilar
John Gill in “Star Trek” episode 50 (YouTube screenshot) 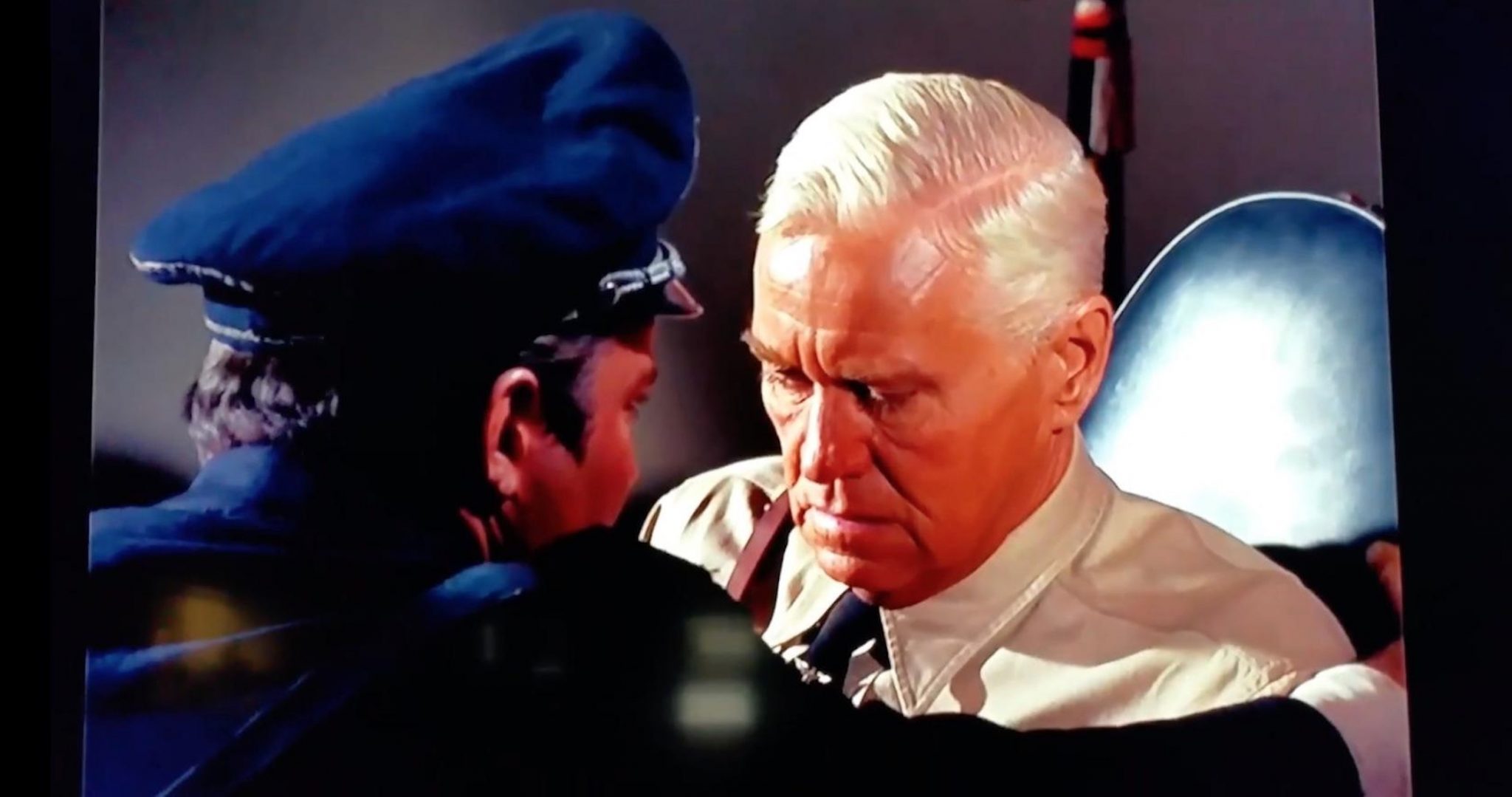 Everything that’s happening in America today, Star Trek was there first. I mean the real Star Trek with Captain James T. Kirk, not the endless woke spinoffs and ripoffs still leeching off the original brilliant construct to oppose the very point of it. A planetary pandemic that kills adults while leaving children unafflicted? See Miri (episode 11). Deific technology that brutally cancels both free speech and speakers? See The Apple (episode 34). A mentally incompetent leader kept hidden from the public except for controlled glimpses so that radical extremists can rule through him? See Patterns of Force (episode 50). Racists who view skin color as the content of character and demand atonement for long ago crimes? See Let That Be Your Last Battlefield (episode 70). Women who seize command from abler men by physically imitating them? See Turnabout Intruder (episode 79). The Deep State trying to stop a visionary figure from ending an obsolete yet profitable war? See Star Trek VI: The Undiscovered Country (1991). Captain Kirk met these challenges and many more, much as President Donald Trump is now doing. And if Trump can be compared to Kirk, and boldly go where no president has gone before, then Joe Biden is John Gill from Patterns of Force.

Progressives want to do to Trump what they did to Captain Kirk — eliminate him.

John Gill is a respected old Earth History professor sent to the developing planet Ekos as a Cultural Observer, but he has been incommunicado for six months. Assigned to contact him, the starship Enterprise finds Ekos to be militarily advanced far ahead of its time as a Nazi regime. Kirk and Mr. Spock beam down and observe Ekosian storm troopers abusing natives of the now weaker planet Zeon “on orders from the Führer.” The two recognize a poster of the Führer as John Gill, and learn he has made no personal appearance in two years, speaking only through the Deputy Führer, Melakon. But about to order the “final solution” against Zeon, the Führer plans to give a televised speech that night. Kirk, Spock, and Dr. McCoy catch part of the speech on television, and deliver what could be the best assessment of Joe Biden today:

The three men break into the broadcast booth and discover Gill is now a narcotized semi-vegetable, again presciently evocative of the former vice president.

“They’ve kept what’s left of him as a figurehead,” says Kirk.

“Quite correct,” says Spock. “For the last few years, the real power has been Melakon.”

The real power behind Biden is the far Left. All its followers hope to do is drop him over the electoral goal line then step over him to achieve their destructive ends: unrestricted abortion even post-birth, open borders, higher taxes, trillions wasted on impossible objectives such as ending climate change and racism, opposition to freedoms of religion, speech, and the right to bear arms, police reduced and remade into a repressive rather than protective force, activist judges on a packed Supreme Court, unrestricted voting, compulsory denial of science that recognizes only two genders with no possible crossover between them, and other horrors. Only one man can stop them, like Captain Kirk thwarted Melakon: Donald Trump. And progressives want to do to Trump what they did to Kirk — eliminate him.

Twenty-six years ago, I sat in a movie theatre in utter disbelief watching Jim Kirk die ignominiously at the end of Star Trek: Generations. I had grown up and older with the hero, his great starship, the Enterprise, and magnificent crew, Spock, McCoy, Scotty, Uhura, Chekov, Sulu. He’d defeated countless villains — humanoid, alien, and mechanical — including super-villain Kahn (twice) and the cream of the Klingon Empire. He’d repeatedly saved the world along with multiple others. He had repopulated the entire whale population of Earth. Yet there he was in the middle of nowhere fighting off one crazy old man (Malcolm McDowell), then plunging to his doom on a crummy bridge like the Coyote in a Road Runner cartoon.

Malcolm McDowell himself had a problem with it, as he told TrekMovie.com: “If you have — which they had — this icon of American television, why the hell didn’t they give him a spectacular death? Why did they give him such a really paltry death? Me shooting the bridge out or some BS whatever it was? They should have sent him off in a glorious fashion, and they didn’t.”

Of course I knew why they didn’t — for the same reason they despise Donald Trump. A swaggering, take-charge, alpha male with an affinity for hot women like Captain Kirk was already becoming artistically undesirable. Hollywood had scored a major hit in the bland, androgynous, politically correct —and, to me, unwatchable — Star Trek: the Next Generation TV series, the first of many nauseatingly woke “sequels” to the original classic, and the producers thought they could replicate its big-screen success. For this they had to relegate Kirk to obscurity, and a memorable death, like Spock had in Star Trek II: The Wrath of Khan, would have foiled them. So they foisted four awful Next Generation features on an increasingly indifferent audience, the last of which, Star Trek: Nemesis (2002), played to empty theaters.

Eventually, begrudgingly, they realized that the secret to Star Trek’s durability was not only its brilliant science-fiction concepts — Starfleet, the Federation, Vulcans, Klingons, warp speed, “beam me up,” “phasers on stun” — but the old-fashioned male camaraderie of the three lead characters and the actors who portrayed them: Captain Kirk (William Shatner), Mr. Spock (Leonard Nimoy), and Dr. McCoy (DeForest Kelley). Paramount Pictures rebooted the triumvirate with a younger cast to enormous box-office success in 2009’s Star Trek. America chose the decisive Captain Kirk over the deliberative Captain Picard. And they’ll elect a Kirk-like president over the John Gill candidate.