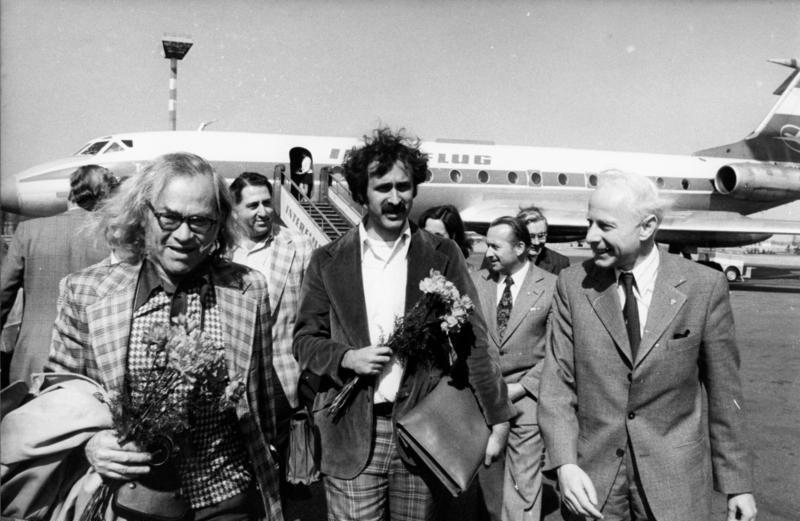 Morton Sobell, whose obituary noting his 101 years appeared this week in the New York Times, spied for Stalinist Russia about 70 years ago. His life’s real misdeed came about a decade ago, when he admitted that, contrary to his earlier insistence and that of his many champions in academia and the media, he did, indeed, commit espionage on behalf of the Soviet Union.

“Now I know it was an illusion,” Sobell then reflected of his belief in Communism. “I was taken in.”

Sydney Gurewitz Clemens lashed out at him in 2008 for how his admission “complicated history and the personal histories of the many millions of people, all over the world, who gave time, energy, money and heart to the struggle to support his claims of innocence.” The fact that he served the greater part of a 30-year sentence, and refused to turn on his former confederates, did not seem to mitigate this grievous sin against the narrative.

Sydney Gurewitz Clemens, Sobell’s step-daughter, illustrated how in this case the ties that bind often referred to ideological rather than familial ones. David Greenglass, the brother of Sobell co-defendant Ethel Rosenberg, testified against his sister and brother-in-law. The Rosenbergs, despite questions about the level of Ethel’s involvement (Sobell confirmed her involvement in the spy ring), stuck to their line at the expense of orphaning their children. And for decades, progressives who championed the executed couple stuck to it, too.

Sobell, who suspiciously fled to Mexico where he used an alias (he characterized the trip as a family vacation) in the wake of the authorities closing in on the conspirators’ activities, played a massive role in perpetuating this mythology, particularly after his release from prison in the late 1960s after almost 18 years served.

Sobell maintained his innocence in his memoir On Doing Time, and in 1978 PBS aired the WETA-produced Rosenberg-Sobell Revisited, which argued for the trio’s innocence. As late as 2001, Sobell lamented in the Nation that authors “take for granted that the National Security Agency has published a true decryption of the Soviet cables” in writing about the Venona intercepts clearly affirming Julius Rosenberg’s espionage. He adds, “Strangely, I, a bona fide convicted spy, could not be found anywhere among the hundreds of identified spies, but this was not for lack of their trying.”

Like his obituary, printed more than a month after his death, Sobell’s admission arrived late. The Cold War, nearly two-decades done by 2008, mattered only as a matter of history. The same people most zealously insisting on his innocence seemed the least troubled by his guilt. Instead, his belated truth-telling struck as his real crime.

But the espionage committed by his ring surely came at the cost of American lives in Korea and Vietnam. Although Sobell, unlike Greenglass, did not come into contact with any atomic secrets, he did help provide military secrets involving ordnance, radar, and aeronautics to the Soviet Union. That these acts of subversion continued long after the end of the Second World War rebuts the lame defense that he acted in favor of an ally.

As the New York Times noted in its obit, “He insisted that the secrets he had supplied to the Soviets involved only defensive radar and artillery devices rather than ‘stuff that could be used to attack our country.’ But many military experts believe that one of the devices he mentioned specifically, the SCR-584 radar, was used against American aircraft in Korea and Vietnam.”

Sobell, a goat twice over — for turning on his country and then turning on the narrative — leaves a shameful legacy. Atop his treasonous acts, he sowed bitterness and division for decades by promoting a dubious story that depicted the U.S. government as a paranoid institution that mistook progressives for traitors. In reality, the U.S. government made the opposite mistake, confusing red-diaper babies, Young Communist League members, and others devoted to the cult of Stalin for patriots. Before Sobell betrayed his countrymen, his government erred in allowing its enemies access to its secrets.