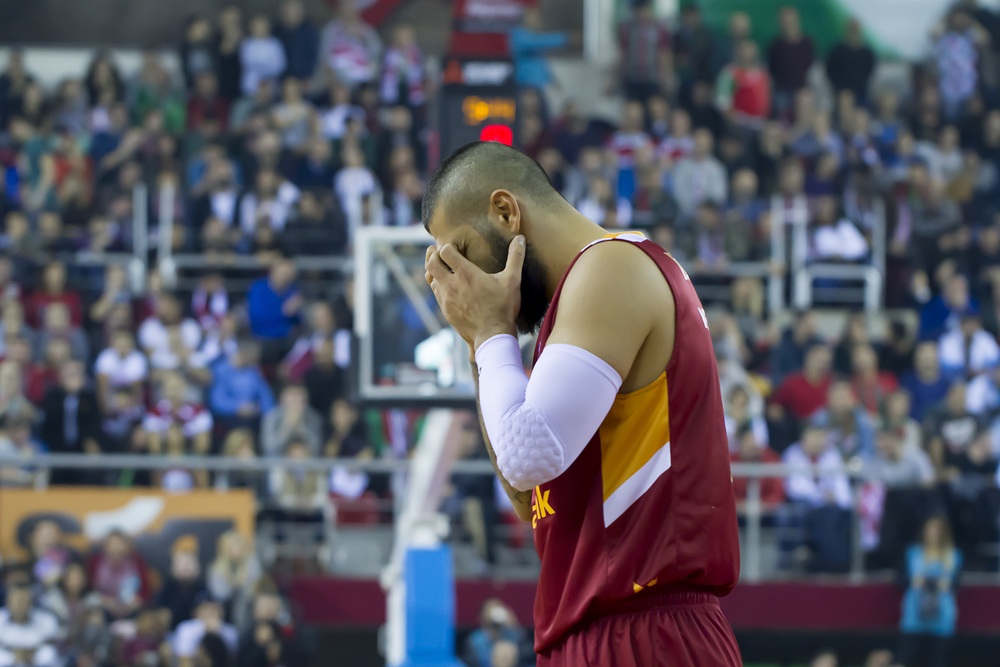 I heard it on Colin Cowherd’s entertaining radio show, and it was a statistic about Russell Westbrook, basketball player for the Los Angeles Lakers. Westbrook, who lives rent-free in a room in Cowherd’s head (Aaron Rodgers and Baker Mayfield live rent-free in suites in the same head), was said to be second all-time in “ball usage.”

The “ball usage” rate is, according to Bleacher Report, the “percentage of team plays a player was involved in while he was on the floor, provided that the play ends in one of the three true results: field-goal attempt, free-throw attempt or turnover.” A big number in the “ball usage” metric indicates a player who shoots a lot, gets fouled a lot, and throws the ball away a lot. While not a perfect metric by any means, this sounds a lot like the sort of player we used to call a “ball hog.” The only player in NBA history with a higher percentage than Westbrook in this category is Michael Jordan. Some statistical guru somewhere must have decided he wasn’t going to call the greatest player of all time a “ball hog,” so he became a “ball user.”

As one frequently criticized during his playing days for heavy “ball usage,” I like it. And it got me thinking about what other sports euphemisms might be appropriate for the modern age.

Sports euphemisms have always been with us, and they’ve often been used to apply a glowing tint to below-average performance or ability. For example, take the less talented player who merits playing time primarily because he hustles. We don’t want to call him what he is — an inferior player who tries hard — because he gives his all and that’s what sports are all about, so we call him a “battler,” or if he’s smaller than the other guys, a “diminutive battler.” He probably has “heart” and “grit” and is “scrappy.” He usually has “no quit” in him either.

Sports euphemisms have always been with us, and they’ve often been used to apply a glowing tint to below-average performance or ability.

But we live in an analytics world now, where science and math and technology rule game strategy, substitution patterns, shot selection, play calling, defensive shifts, pitch location (forgive the mixing of sports), and everything else, and where recondite acronyms are the stock-in-trade and ball hogs are ball users. So we should probably let analytics rule euphemistic nomenclature as well. (READ MORE from Tom Raabe: Baseball’s Pace-of-Play Problem)

And in that vein I offer the following (limited) lexicon:

Euphemism for “clanks.” HPMs are basketball shots that miss badly, often unintentionally caroming off the backboard before “clanking” off the rim on their way to a rebounder’s hands. HPMs are also called “bricks,” and purveyors of such shots are “masons” or “brick layers.”

The percentage of unblocked basketball shots that do not hit the rim or backboard — they miss iron and glass (and netting, obviously) and strike only air in their flight toward the floor. Such demonstrations of inaccuracy are greeted by “precision chanting” (as an academic study has so designated), in which the crowd, in rhythmic unison, sings “air” in the tone of F and drops down to D for “ball.” An IGAR of over, say, 2 percent will win the shooter reserved courtside seating (that is, a spot on the bench).

Known in the real world as the “shankage rate.” Most punters on football teams kick “spiral” punts; the ball is struck slightly with the side of the foot, in such a way that the ball spins off the foot and travels a great distance. Sometimes the ball hits too much side of the foot, however, and travels a greatly diminished distance — a relative number, but let’s say less than 30 yards — down the field, landing out of bounds, occasionally surprising players standing on the sidelines. That is a “shank.” An LMIP above 5 percent will have team officials trolling the rugby grounds for someone who kicks end-over-end punts. Not to be confused with the “whiffage” rate — of which, anything over 0.00 percent transforms a player into a “backup punter.”

A.k.a. a fumble. It is one of the most disheartening events that can afflict your football team — the fumble. Simply seeing the ball loose on the turf conjures up the voice of Keith Jackson in football fans’ heads. Your heart sinks when you hear your team commits one. Let’s call them RRPSs. Kyler Murray leads the NFL in RRPSs. Doesn’t change anything, but it helps numb the pain.

Rate at which a baseball batter avoids hitting the ball toward space on the baseball field that is unpatrolled by opposition fielders. Usually this space is on the left side of the diamond, as, prescribed by analytics, six fielders cram themselves into the right side of the field to combat left-handed pull hitters who seem incapable of hitting the ball anywhere but to right field. One of these batters could simply slap the ball toward third base and trot around the bases at his leisure, but, either through stubbornness, pride, or inability, he does not. Any major leaguer with an OSPPR above 70 percent needs intense film study of Tony Gwynn and Rod Carew.

Show me three UNEs, and I’ll show you a strikeout.

Total number of reception opportunities divided into number of not unsuccessful reception chances (whether a successful fielding of the punt or just letting the ball roll to a stop). The PRA will, perforce, be a big, good-looking number — in the .990s or .980s — as it should be, because fielding punts is one of the worst jobs in football. Consider: You’re standing out in the open, no one around, with five or six large, heavily padded men, intending menace, running as fast as they can toward you, possibly issuing loud, graphic insults as they do, and you cannot even watch them so as to avoid them because your eyes are up in the sky, trying to make a rapidly descending, heavily spinning ball land in your hands, and stay in your hands. If you touch it but don’t catch it, you have “muffed” the punt and brought torrents of abuse down upon yourself and, if the other team recovers it, placed your team in a distressed state. Successfully negotiate 120 such tenuous opportunities, and the fanbase stifles a collective yawn and celebrates your accomplishment with a golf clap. Drop two of those 120, and you’re a “muff machine.” It simply is not fair. The PRA for two muffs out of 120 chances is .9836, which doesn’t sound so bad.

Air balls will still be air balls, shanks shanks, clanks clanks, and muffs muffs, but, by applying to them a few analytics-inspired terms, maybe they won’t hurt so much when they occur.