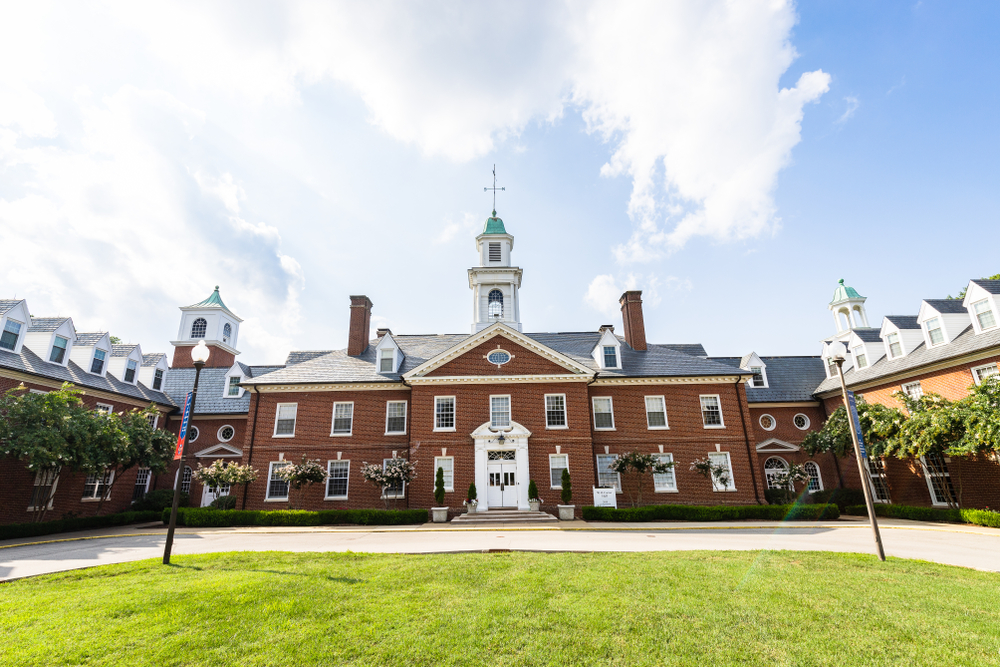 In a stunning reversal on November 30, presidents of the six Southern Baptist seminaries issued a joint statement that said, “we … declare that affirmation of Critical Race Theory (CRT), Intersectionality, and any version of Critical Theory (CT) is incompatible with [our confessional standards].” Just a year and half earlier, at their 2019 annual convention, Southern Baptists passed Resolution 9, affirming CRT and intersectionality. Had Southern Baptist leaders been unaware that CRT is a subset of CT, which itself is the main ideological underpinning of neo-Marxist revolutionary movements?

A clue that at least one Southern Baptist was preparing to bolt from the CRT train came on September 2 when atheist James Lindsay sat for an interview with Southern Seminary president Albert Mohler. Lindsay is a renowned expert on and opponent of CT who has publicly praised Donald Trump for his anti-CRT executive order that tracks remarkably close to Lindsay’s own published attacks on CRT. Mohler and other evangelical elites have meandered for four years between full-on Never Trumpism to agonized and tepid support for the president. What lies behind Mohler’s decision to choose a pro-Trump atheist to signal his impending break with the CRT social justice movement?

By his own admission, no longer an “old-guard atheist” bent on the destruction of religion, Lindsay recognizes that Christianity poses no threat to Western civilization and the America he loves, but the neo-Marxist cultural revolution informed by Critical Race Theory (CRT) does. Michael O’Fallon, the evangelical founder of Sovereign Nations, agrees. As both sought allies to partner with in the fight against CT, Lindsay and O’Fallon found each other through their shared horror at the 2017 violent CT-inspired social justice uprising that unfolded at Evergreen College in Washington state.

The statement by the seminary presidents not only brought them closer to James Lindsay, but also to President Donald Trump and his supporters, whom many of these evangelical elites have castigated and distanced themselves from for four years. Months ago Trump denounced CRT and issued a masterful executive order designed to prevent tax-payer subsidized advancement of the CRT-driven contemporary social justice movement in America.

The Long Neo-Marxist March Through the Institutions

According to Lindsay, the spread of critical theories in America fulfills the dream of the founder of the Italian Communist Party, Antonio Gramsci: “The story of critical pedagogy is genuinely the story of how the long-march-through-the-institutions’ post-Marxist philosophy of Antonio Gramsci and the Neo-Marxist philosophy of the Frankfurt School came to colonize our education system at every level.”

Like Marxism, neo-Marxism trades on resentment grounded in injustice in order to foment revolutionary uprising in pursuit of a power-redistributing egalitarian utopia. For Marx, injustice was rooted in disparities of material wealth between working classes and propertied ones. But when the transnational revolution Marx predicted failed to materialize, neo-Marxists in the 1930s concluded that a new set of injustices was needed to induce resentments sufficient to achieve revolutionary change. CT provides these resentments by dividing the world into an oppressor class or classes (white, male, cisgender[1], Christian) and oppressed classes (people of color, women, and an ever-expanding array of gender and sexual orientation categories).

CRT demands conformity to intersectionality, which insists that the voice of the more oppressed in any conversation be privileged over those of the less oppressed. So if two black males converse, one gay and one straight, the heterosexual must do more of the listening. Homosexuality and blackness “intersect,” requiring a power shift to him over his heterosexual “conversation” partner. CRT is the racial subset of the all-encompassing CT. The work of anti-racism demands constant search for racism, but not for instances of racial discrimination as did the civil rights legislation of the 1960s. CRT teaches that racism is endemic in all white people and in the white colonial founding of America in 1619. So the question is not “Is racism at work?” but “How is racism manifesting itself here and now?” Lindsay chronicles the tribalism, hate, violence, and totalitarianism CRT-inspired neo-Marxism produces wherever it takes hold.

The White Guilt Ticket to the CRT Train

So why did evangelical elites turn a deaf ear to Trump’s and Lindsay’s warnings for so long? Did they study CT and decide to embrace it with their eyes wide open? No. They were desperate to dissociate publicly from racism, and the CRT language of the contemporary social justice movement promised a path to that goal. And they were convinced that they had to get race right publicly to avoid alienating Gen Z and the millennials needed to ensure the future viability of the institutions they lead.

But, as Lindsay demonstrates, language drawn from the CT lexicon functions like the shiny decorations on a Trojan Horse that, once embraced, smuggles in insidious dogmas of unquestioned oppression, requiring pre-prepared solutions like intersectional power redistribution. CT promises social justice, the end of racism, and an eventual egalitarian utopia. Orwellian creation and cooption of language generates a specialized and expanding “Newspeak” that concocts new terms (“whiteness,” “systemic racism”) and redefines seemingly innocuous, laudable language (“equity,” “social justice,” “anti-racism). The result is an expanding and poisonous revolutionary lexicon that would-be revolution-opposers draw from at their peril. According to Lindsay, the trinity of CRT Trojan Horse terminology is “diversity,” “equity,” and “inclusion.”

Once the evangelical elites adopted language from the CRT Newspeak lexicon, they found themselves on board with CRT with not a thought of neo-Marxism in their heads. But the Trojan Horse did its work. They published CRT-affirming books, conducted panel discussions carefully exclusive of un-Woke voices, and hired professors who delight in CRT and praise Marxist liberation theologian James Cone. And then the notorious Resolution 9 was adopted. Widespread and organized opposition rose up, and now comes the announced 180 of November 30.

But were evangelicals really bereft of voices within their own ranks able to sound warnings similar to those issued by Lindsay and Trump? Was Mohler reduced to using an atheist to signal his disenchantment with the neo-Marxism that had insinuated itself into the highest ranks of the largest Protestant denomination in America? No. A formidable un-Woke evangelical brain trust echoed the Trumpian and atheist alarm bells and supplemented them with loads of Scripture as well.

Black theologian and educator Voddie Baucham, an expert on the CRT cultural revolution, was canceled and deplatformed once he failed to affirm the false Woke reconstruction of events in Ferguson, Missouri. John MacArthur promoted the Dallas Statement on Social Justice, specially designed to reject the contemporary social justice movement on Biblical grounds. Award-winning black author on white nationalism Carol Swain pled with her fellow Southern Baptists to rid the seminaries of neo-Marxism and CRT. In 2019, the Conservative Baptist Network formed to oppose the incursion of CRT into the Southern Baptist Convention. An amendment to Resolution 9 offered by Tom Ascol of Founders Ministries designed to steer Southern Baptists away from neo-Marxism was formally deemed “hostile” from the podium by Resolutions Committee Chairman and CRT-lover Curtis Woods.

So not only did the elites refuse to tap the impressive un-Woke evangelical brain trust at their disposal, they repeatedly worked to squelch those voices. But why? Because of a contradiction lodged deep in CRT ideology. Though CRT teaches that black skin automatically privileges one’s voice over that of whites, in practice, ideology trumps skin color. Only Woke voices are allowed. As Squad member Congresswoman Ayanna Pressley (D-Mass.) put it so succinctly, “We don’t need black faces that don’t want to be a black voice.” That meant that the Voddie Bauchams and Carol Swains of the world had to be excluded to facilitate the fake conversations on race needed to virtue signal on CRT terms. This sad history accounts best for why Mohler interviewed white atheist Lindsay rather than black Baptist Baucham.

The seminary presidents’ statement, though welcome, is long overdue and wouldn’t have been necessary had they heeded the un-Woke brain trust. It marks an essential but only an initial step in the direction of the about-face required to set them in true opposition to the neo-Marxism CRT nourishes. Just last month, Southern Baptist chief ethicist Russell Moore pooh-poohed CRT to his fellow Never Trumper David French. Southern Seminary’s website still boasts of its “diversity” according to CRT-dictated formulas. Southeastern Seminary continues to maintain its Kingdom Diversity Department. President Daniel Akin continues to trot the social justice language of CRT — “We want to be crystal clear that we oppose all forms of racism, personal, and systemic.” In these revolutionary times, when the words “systemic,” “structural,” or “institutional” are used to modify “racism,” the resulting term boast roots neither in the Bible nor Stokely Carmichael, but in CRT Newspeak.

The seminary presidents welcomed many passengers, black and white, aboard the Woke train they’ve been riding on. But some of those fellow travelers are now abandoning them, leaving them open to reflexive, revolution-inspired charges of racism they desperately hoped to avoid. By itself, their joint statement cannot convey them back across the miles already traversed. They’ll need to change trains at the next station, leaving behind the CRT Newspeak baggage they’ve claimed, the fake conversations on race they’ve facilitated, and some of the passengers they shared seats with.

Drawing from Scripture and the classic Christian tradition, evangelicals have long divided the world between saved and unsaved sinners, not between oppressed and oppressor classes, and they pursue no revolution-justifying utopia on this Earth. The deep bonds of unity Christians enjoy is grounded in the repentance, faith, and trust in Jesus Christ that brings adoption into the family of God without respect to any sinner’s sex or skin color. No member of this family wins permanent oppressed status or suffers permanent oppressor stigmatization. They become one in Him who purchased them with His blood on a cross to make them forever the sibling children of a shared heavenly Father.

The intrusion of CRT into evangelical life has pushed this ancient understanding to the margins and put in its place obsession with a strange, invisible, and elusive justice the Bible knows not of, obsession with grievance and relational power dynamics, and the spectacle of white men who pretend to privilege black voices in front of cameras while excluding those that can’t pass CRT muster.

It’s a ways back from that spectacle to the place the seminary presidents now say they wish to go. They’ll need to board the anti-CRT train and travel in the opposite direction. They will know they have arrived when they see Tom Ascol, Voddie Baucham, Carol Swain, John MacArthur, and the Conservative Baptist Network on the platform at the depot to welcome them.

[1] To be cisgendered is to accept one’s biological sex at birth as one’s actual sex.