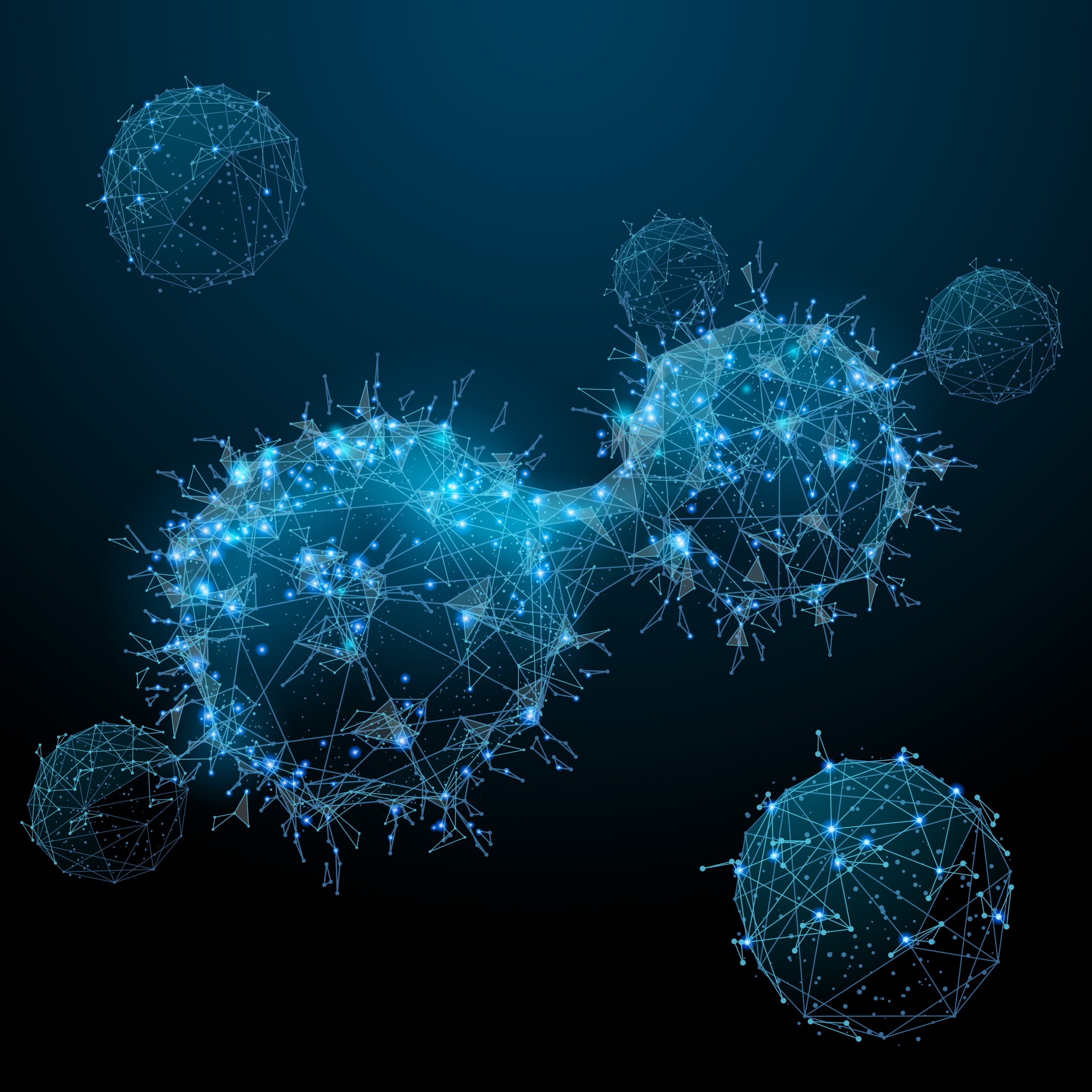 If you’re primarily a medical/science writer who reads copious amounts of news articles daily, at least once a week you’ll read headlines proclaiming that cancer has been cured. Well, in rodents. But lo! Now wherever you live in the world, you can read it’s been cured in homo sapiens! You know, us!

I don’t like raining on anyone’s parade, especially with such an important and intensely emotional subject. But it’s necessary. This is BS. Just among other things, by the standard definition and by everything we know about cancer remission and recurrence, nobody was cured.

All these explosive headlines are coming from a study reported in America’s most prestigious medical journal, The New England Journal of Medicine. The title reads: “PD-1 Blockade in Mismatch Repair–Deficient, Locally Advanced Rectal Cancer,” with the drug in question being GlaxoSmithKline’s (GSK) dostarlimab.

I’m guessing most readers have no idea what any of that means beyond the last four words, which is fine. But they can still read between the lines that this is for something very specific. Viz, cancers that 1) Have a PD-1 blockade, 2) Are mismatch repair-deficient, and 3) Are locally advanced in the rectum. They may well guess (correctly) that at best this is a good treatment for something very specific. What they cannot guess is that despite the prestigious placement, this is a very poorly conducted study that actually doesn’t even tell us much about the treatment of this specific malignancy.

It’s been a loooong time since we believed that all cancers shared much commonality beyond being immortal cell growth, and therefore what works for one type of cancer not only cannot be generalized to all cancers but may not work beyond that one type of cancer. But even before we get there, here are a couple of specific caveats regarding this study.

The drug in question is dostarlimab. Those last three letters indicate it’s a monoclonal antibody, essentially fabricated antibodies that are a fairly new science, having been first licensed in 1986. These “mAbs” have proved useful against a broad range of diseases, although, unlike our natural antibodies, they are very specific to those diseases. A monoclonal that’s highly effective against an autoimmune disease such as rheumatoid arthritis won’t help with cancer.

So in this case, dostarlimab use would almost certainly be restricted to mismatch repair-deficient cells, meaning those that have mutations (changes) in certain genes that are involved in correcting mistakes made when DNA is copied in a cell. Most cancer patients don’t have this condition, so already we see that it’s impossible to extrapolate from these findings to all malignancies.

What about this “PD-1 blockade?”

In part, the body does this by using “checkpoint” proteins on immune cells. The checkpoints act like switches that need to be turned on or off to signal an immune response. But cancer cells sometimes find ways to escape and evade. PD-1 (programmed death) and PD-L1 basically employ cloaking devices a la the Romulans in Star Trek or the Cloak of Invisibility in Harry Potter. Drugs like dostarlimab have been designed to penetrate this clever camouflage. “The evolution of [such drugs] represents one of the most successful approach in cancer drug discovery in the past few years,” one medical journal notes.

One such mAb, brand name Keytruda (pembrolizumab), has become the world’s biggest-selling cancer drug (by sales) and this year is set to become the biggest seller period. (In part because of its stunning price tag of $175,000 a year — with a recent price boost.) Depending on the cancer and previous treatments, it can be the first line of treatment or a subsequent one and can be used alone or in combination with other therapies. So GSK could be looking at a real cash cow, even though the vast majority of cancer sufferers cannot benefit from dostarlimab. Now back to that study and what’s wrong with how it’s been portrayed — and even conducted.

The patients received the mAb followed by standard chemotherapy and radiation, except for some who had a clinical complete response after completion of dostarlimab therapy alone. Various scans found no cancer in any of them after a median period of about a year (anywhere from six to 25 months). They were indeed in complete remission. But because no technology can find all cancer cells and just a few such cells may bring the disease roaring back, typically patients have to be in remission for five years to qualify as “cured.” That includes rectal cancer. And yes, sadly, sometimes the relapse even comes after five years and it kills. Since nobody in this study has been in remission for five years, nay not even half that long, nobody has been cured.

Further, the study’s methodology is suspect.

For one, it wasn’t the “gold standard” of a double-blind placebo trial. That means essentially half of the participants receive the actual treatment while half are “matched controls” who receive a dummy drug and neither they nor those administering the treatment know who is getting what. That’s important for measuring negative side effects, so you can see whether they’re from the drug or from apprehension of the drug, or sheer chance. But it’s also important in measuring positive benefits because patients may improve through chance (or better put, mechanisms we don’t understand) and because our minds can be very powerful in counteracting disease. My favorite illustration is my own; as a child, I received huge wart removal pills and within weeks my warts disappeared. But to this day there’s no such thing as pills that remove warts. (READ MORE BY MICHAEL FUMENTO: How Much of a Threat Are ‘Microplastics’?)

We want to know how people without dostarlimab would have fared. We won’t.

Far more important, though, is the tiny sample size and short follow-up time. This was classified as a Phase II trial, which the American Cancer Society says normally has about 25-100 people. Yet it involved only 16 people and the results only include 12 because it hadn’t been at least six months since final treatment for the other four. (Question: Given the small sample size, couldn’t the researchers have waited a bit longer for those four to reach the half-year mark? Yes.)

But I’ve been saving the awful surprise for last. If this was a Phase II, there must have been a Phase I for dostarlimab. What happened in that? For some odd reason, it’s not mentioned in the NEJM article, not even the references. But here it is. The efficacy group in the Phase I comprised 209 endometrial (uterine) cancer patients. After a median duration of just under three years (about twice that in the rectal cancer trial), the overall response rate was 41.6 percent, with only 9.1 percent showing complete remission.

Granted, a rectum and a uterus are rather different. But PD-1/PD-L1 is PD-1/PD-L1, no matter where it’s located. That’s why Keytruda is now FDA-approved for over a dozen different cancer locations and the list is steadily growing.

This NEJM outcome is almost certainly merely a reflection of a tiny sample size and a short follow-up time. If you flip a coin just 12 times, it’s a lot more likely to come up with straight heads than if you flip it 290 times. And sadly, probably a few years from now, some of these “cured” rectal cancer individuals will be dead from a reoccurrence. But guess what? You’ll never read about it. At the very least, a larger trial might have allowed physicians to compare results with the other six anti-PD-1 mAbs that have shown efficacy.

Study author Andrea Cercek of New York’s famed Memorial Sloan Cancer Center has been terribly amiss in expressing the importance of her results. “It’s really what cancer doctors’ dreams are made of, to see incredible efficacy,” she told CNN in a video interview. “It’s absolutely incredible.”

No. Even as I write this, I’ve just received the results of a scan for a friend I love dearly with three small children who has stage III cervical cancer at the tender age of only 31. (Stages are I-IV). The average age is 50. But that age may be her ace in the hole. The immune system is much stronger at 31 than 50 and with a combination of chemotherapy, radiation from within and without, and possibly surgery, she can beat it. But there’s no magic bullet. In 10 years, yes. Not now. In other words, I’m exactly the type of person these “Cancer is cured!” stories at aimed at. This is wrong. It’s absolutely incredibly wrong.

Michael Fumento (www.fumento.com) has been an attorney, author, and science journalist for over 35 years. His work has appeared in the New York Times, the Washington Post, the Sunday Times, the Atlantic, and many other fora. He has written repeated exposes of the FDA’s controversial approval of the monoclonal antibody Aduhelm for treatment of Alzheimer’s Disease.