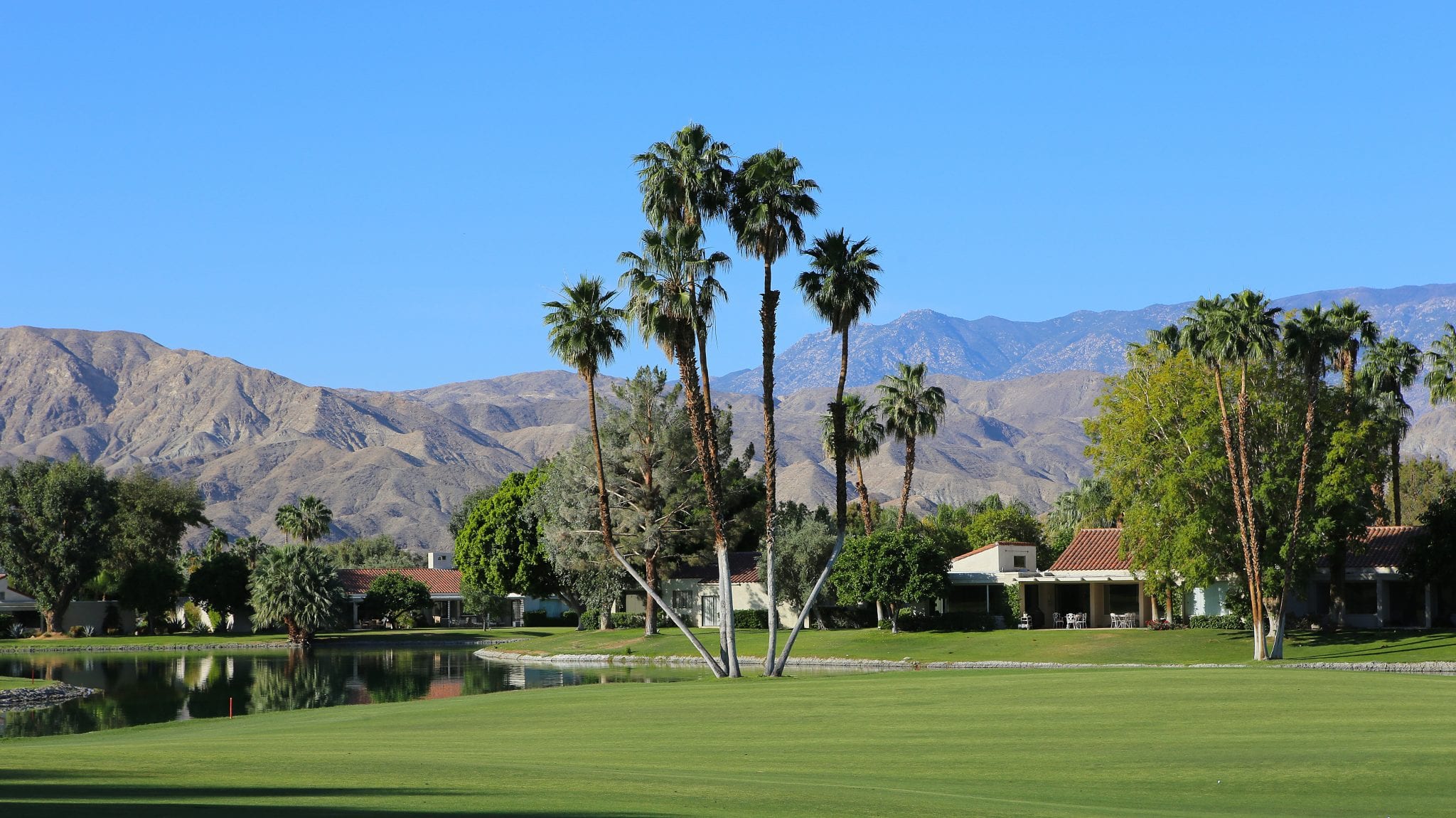 Wow. It is hot down here in the desert. Judah and I drove down here this morning just for a change of scenery. It was about 88 degrees when we left L.A., and when we got off Highway 10 at Bob Hope Drive it was 112 degrees. That’s too darned hot.

But my little Mazda 6 has perfect air conditioning, and it was pleasant in the car. We stopped at the Clubhouse of Mission Hills C.C. and had chicken wings. And soup. And sliders. Heavenly. What on earth would we do without air conditioning? The clubhouse has a superb view out over the golf course and the mountains, and there was not a soul on that golf course today’s afternoon. It was a magnificent ocean of green.

Then to my tiny little condo at Mission Hills, where I plan to retire someday fairly soon. It’s small but the a/c works great, and it’s perfectly silent. As you can tell, I like food, cool air, green vistas, and quiet. What’s not to like?

Then a steak at the California Pizza Kitchen in Palm Desert. I had a delicious conversation with a beautiful hostess named Nancy, a widow and a charmer. Then back to my home at Morningside C.C. where it was still 111 degrees but heavenly in my bedroom. (I have homes at two different clubs.)

So much of life is about one’s circumstances within a few feet of one’s brain. I guess that’s why everyone on earth wants to move to D.C. or L.A. or Miami or San Diego.

It’s nice here, and that explains just about everything.

Plenty of food. Air conditioning. Great police. It’s amazing that anyone is left in this hemisphere outside of the U.S. and Canada.

I read recently (so it must be true) that three quarters of the world’s people would like to live in the USA. Well and good, and I believe it. But if the USA were three quarters Mexicans and Congolese and Sudanese, it wouldn’t be America any longer.

I think that’s the point Trump is making. It’s not America anymore if every street person in Managua moved here, followed by every person from Kinshasa. Trump is literally trying to keep America American. Legal immigrants, yes. Any old homeless guy from Somalia, no. This is a fight for America’s survival.

Think of it this way: If we didn’t have air conditioning, what would we be? Trump wants us to keep our air conditioning around every legal citizen. What’s wrong with that?

I notice that our beloved ABC station here has recently begun just calling Trump “that racist SOB Trump” or something like that. There’s not a shred of evidence that he’s a racist. Not a sliver. But the Democrat entity figures if they say it often enough, it will stick.

That reminds me that a close relative of mine recently told me not to drink Diet Coke. “It’s poison,” she hissed at me as I ordered mine.

“It’s full of chemicals,” she whispered.

She was silent for a minute, and then she said, “I guess you’re right.”

I love this woman, but she hates Trump. He’s got too many chemicals in him. And those cows …