Another Perspective,Top Story Charity,Free Speech,Liberty,Social Justice Defining ‘Justice’ in a Social-Justice Age - The American Spectator | USA News and Politics
Menu
Another Perspective
Defining ‘Justice’ in a Social-Justice Age
And pursuing it in a way that preserves liberty.
by Shmuel Klatzkin
Protest in Miami, Florida, May 31, 2020 (Tverdokhlib/Shutterstock.com) 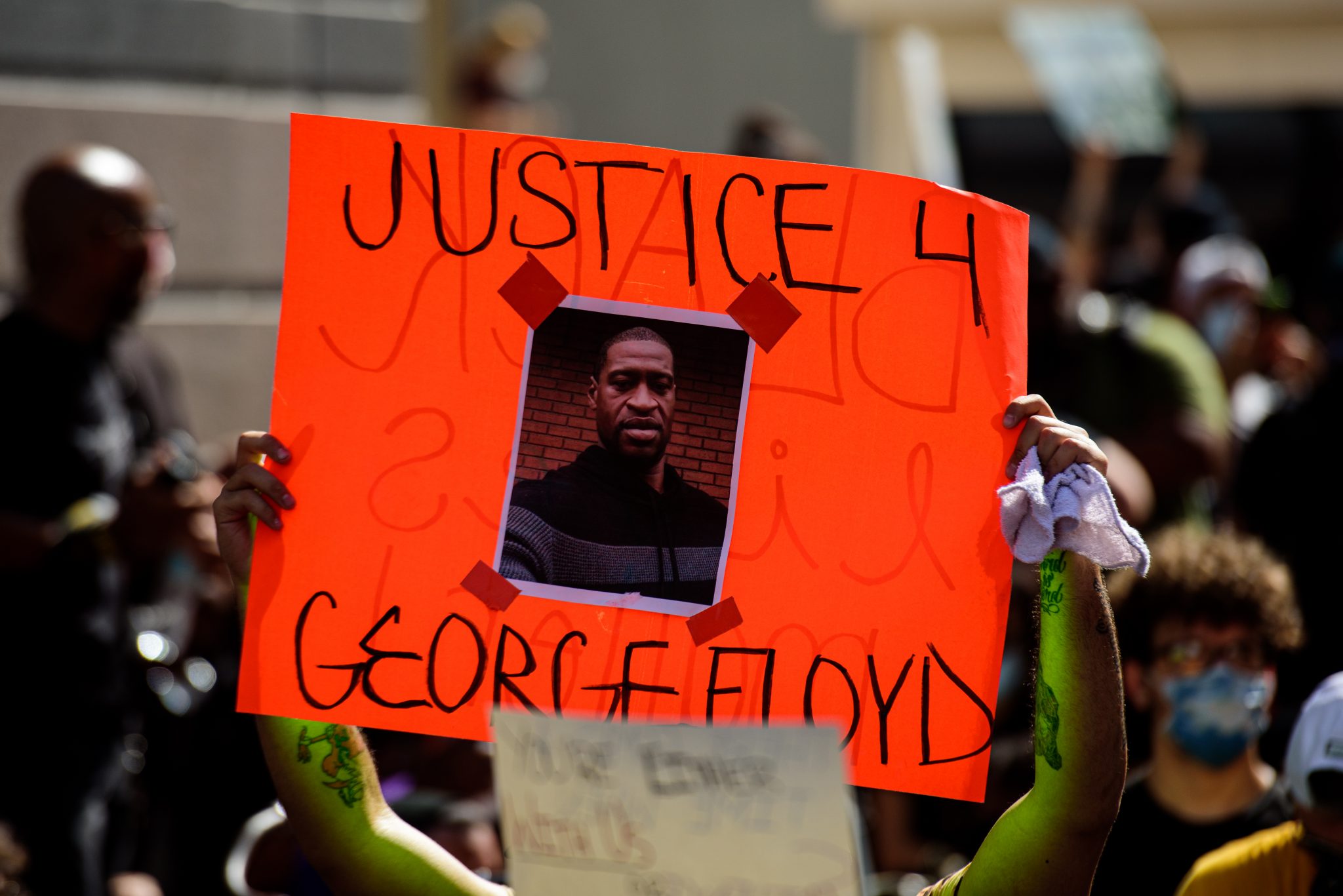 My generation grew up reciting a pledge of allegiance. Each morning we asserted that America is a nation “indivisible, with liberty and justice for all.”

That was Eisenhower’s America. Most of the adults had been partners in the united efforts that had toppled Nazism, fascism, and Japanese militarism, and who were even then keeping communism in check.

In my childhood, the main moral lessons had stressed not the “justice” part of the pledge as much as the “liberty.” The free world stood in solidarity against the communist enslavers of half of Europe. I was taught the continuity between that struggle and the ancient struggle of my ancestors to be free from Pharaoh and Egyptian slavery. Our heritage, we children understood, tied us to people everywhere who sought freedom. Under G-d, we can do no less. Liberty is for all.

At our liberal temple, we sang a powerful black spiritual that made us feel that what we stood for as a people was linked to all people’s desire to be free: “Go down, Moses, way down to Egypt land, tell ole Pharaoh, let my people go.”

True justice is always in harmony with liberty.

So when Eisenhower sent in the troops to quell violent obstruction to the integration of Little Rock’s schools, I felt that it was the same fight. A powerful ruler was intent on suppressing a whole people. And the power of good was winning, overruling Gov. Faubus and the bigots who screamed and shrieked and threatened little kids just trying to go to school.

By following liberty, I could see what injustice was and where it lay. In its most basic form, justice was a matter of opposing Pharaoh and his modern-day imitators. Justice lay in seeing those little schoolchildren safely into school. It bothered me as a child. I felt intensely the cruelty to these children. I could see myself in their place. I could see no possible reason not to let them be as free as I was to enjoy America.

Freedom and justice are deeply intertwined. The millennia-long experience represented in the texts and traditions of Israel speaks to their inseparability. One classic text that speaks powerfully to this point comes in an unusual place — the laws of charity.

The English word “charity” derives from the Latin caritas, which is often translated as “love.” Hebrew sees charity through a different prism. The word used to denote giving of what one has to others is tsedaka, which can also be translated as “justice” (in fact, that is the first translation offered in the authoritative Alcalay Hebrew English Dictionary).

In Hebrew Scripture and in Jewish law, charity is not seen primarily as the result of a certain emotion towards others, but as an obligation. Justice, justice shall you pursue; just as acting justly is not to be done only when you feel like it. Giving charity is something that must be done simply because it is right.

As the philosopher Thomas Hobbes points out, in Israel, God was the legislator, so human governments may not rightfully claim the same authority. But under that divine law of Israel, charitable contributions may be enforced through the courts. We are decidedly our brothers’ keepers. Franklin’s witticism can apply just as well to the citizens of the established republic as to the revolutionary conspirators who worked for its founding: “We must all hang together, for if we do not, we most assuredly will all hang separately.”

This would seem to be deadly in human hands. To say we have no right to our property and other humans are free to take it away from us and distribute it to the people they desire is not liberty for all, but only for the ones with power! Yet freedom in the real world results in unequal social and financial outcomes. But if in response to that, we concentrate confiscatory powers in the hands of a governing elite, we see that not only is liberty lost, but so is prosperity. So how then — both liberty and justice?

The secret is revealed in Moses Maimonides’ great code of law, a classic that has had an outsized influence of scholars both Jewish and non-Jewish for over 800 years. There, he indicates that charity has many levels.

First of all, the most important thing is the giving. But the true nature of the justice in this is not fully revealed until we proceed up the ladder. One ought to give gladly, knowing that it strengthens and benefits oneself as well. One ought to give in a way in which either the recipient does not know his benefactor, the benefactor does not know the recipient, or neither of them know the other. That last is best, because then the dignity of the recipient is best preserved.

The highest of all ways, though, Maimonides writes is when giving goes to another level entirely.

This is done by supporting the

one who has fallen into poverty by giving him a present or a loan, entering into partnership with him, or finding him work so that his hand will be fortified so that he will not have to ask others. Concerning this [Leviticus 25:35] states: “You shall support him, the stranger, the resident, and he shall live among you.” Implied is that you should support him before he falls and becomes needy.

At its highest level, justice respects and requires liberty. The point of the social justice of charity cannot be to inflate the power or the ego of the giver, though those considerations are often useful in persuading fallible people to do the right thing. Rather, the true point is to help reserve a place in which passive recipients can make themselves into meaningful participants.

But now, no less than at any other time in the checkered history of humanity, great and powerful terms are used to conceal selfish and malicious aims, and to mislead well-intentioned people.

How can a person not be fooled? What is the test that can reveal whether true justice is the real aim of any movement or proposal?

It is that true justice is always in harmony with liberty. A movement that claims justice requires the violent limitation of speech, censorship of all forms of expression, ignoring the lessons of history, and insisting that people should accept moral guilt coming not from a result of choices they themselves have made, but from their ethnicity — such a movement betrays true justice even as it destroys liberty.

So much of our government policy has fallen short of true justice. Politicians still peddle solutions the result of which is simply to make people more and more dependent — and less and less likely to be able to control their anger over their loss of human dignity.

True social justice invests in the dignity of every human being. It declares that each person matters, not because some political savior from without grants that to them, but because they have been given that dignity directly from the Creator of the Universe.

That is the deepest wealth we have, as unlimited and as infinite as the spark of divinity that is the core of each human soul.

Are we strong and focused enough yet to stand up for real justice? The alternative, as we can see so clearly today, is to allow justice to be perverted and the despair it produces to grow in all its deadly toxic power.