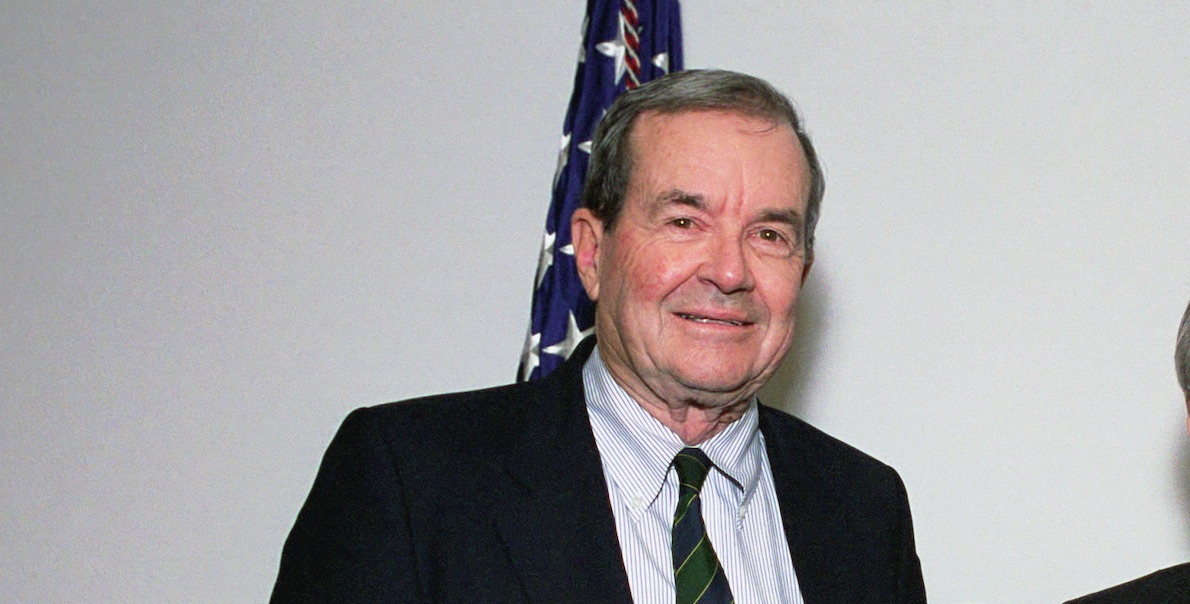 He’s known to some as Sleepy Joe. To me, he has always been Sleazy Joe. Those who read my biography of Bill Clark, Ronald Reagan’s close friend and adviser, know why. They’ve urged me to speak up about how Sleazy Joe treated Bill Clark. From time to time over the years, I’ve shared details here at The American Spectator, periodically reminding people of the Clark incident when Biden slithers closer to the seat of power. Well, he’s closer than ever, and higher than ever. It’s time again to remind people.

The date was February 2, 1981. The place was the Senate Foreign Relations Committee. The occasion was the confirmation hearing for William P. Clark, known as “Judge Clark” from his time on the California Supreme Court, where he had been appointed by Gov. Ronald Reagan after having served the governor as chief of staff in Sacramento. The newly inaugurated Reagan was trying to bring Clark to Washington, where he would become Reagan’s single most important adviser in defeating Soviet communism.

Clark was then and would remain widely respected, liked, even beloved, considered a genuinely saintly man by those who knew him. He would be praised from left to right, from the likes of Maureen Dowd to Reagan biographers like Lou Cannon, Edmund Morris, Craig Shirley, Steve Hayward, Kiron Skinner, and so many more. But again, first Clark had to survive confirmation hearings before the Senate Foreign Relations Committee in February 1981. He had to survive Joe Biden.

Reagan had barely succeeded in convincing Clark to give up his California Supreme Court seat and his ranch near Paso Robles to come to Washington to help run the State Department. Reagan wanted an “America Desk” at State, someone loyal who could ensure the department would be an asset, not a liability. He needed a second-in-command there to help keep an eye on Secretary of State Al Haig. He wanted someone who was not known as a foreign-policy creature but was a sure thing to get things done, to keep order, and to truly run the department. He knew he could trust Clark completely.

Unfortunately for Clark, the post required Senate approval, where, at the Senate Foreign Relations Committee, a 30-something wise guy named Joe Biden was poised to embarrass Reagan’s appointee. So, on February 2, 1981, Clark took questions from the senators, including Biden, who launched into what the Washington Post would call “The Interrogation of Justice Clark.”

Biden began by patronizing Clark for his ability to put himself through college as the poor son of a poor rancher. “I, for one, think it admirable the way in which you have conducted yourself in getting to and through school,” began Biden. “I have a great deal of admiration for you.”

Biden then expressed his admiration by placing Clark in the stockade, humiliating him with a series of specific questions he knew the judge would not be able to answer.

“I sincerely hope you can answer these questions,” asserted a disingenuous Biden. “Let me begin with southern Africa — not South Africa, but southern Africa, such as Namibia, Zimbabwe, Swaziland, Mozambique, Angola and so on…. Can you tell me who is the prime minister of South Africa?” Clark answered, “No, sir, I cannot.”

As the cameras clicked and the evening-news crews started salivating, Biden pressed on: “Can you tell me who the prime minister of Zimbabwe is?” Clark: “It would be a guess.”

(Incidentally, I’d love to see Biden today be put through the same exercise on the spot, especially as the man in recent days had trouble remembering Donald Trump’s name and the name of the person he referred to as Kamala Harris’s “wife.”)

Sen. Biden then ran through other policy specifics with Clark, curiously avoiding the Soviet–Cold War issues that Clark knew well, asking Clark about subjects like “bilateral issues with Brazil.” As he did, Biden intermixed his questions with feigned apologies. Biden: “I really don’t like doing this, Justice Clark, but I don’t know how else to get at the point.” And a second time:

I really apologize, Mr. Justice. I know you are on the spot, and I don’t know how else I can do my job. This is one of the most distasteful question-and-answer periods in which I have participated. And, by the way, no one but me, not my staff, suggested that I use this approach.… But this issue with regard to you, justice, in my opinion, is not whether or not you are bright. I think you are a bright man…. I have incredible regard for you. I really mean that.

It was indeed a “most distasteful” question-and-answer period. No doubt about that.

As this went on, Clark’s family, which sat nearby, absorbed each Biden jab like a punch to the gut. “I was absolutely fried, furious,” Clark’s son Colin told me years later. “I turned purple with rage.” Another son who was there, Pete, a no-nonsense, gruff, literal cowboy, intensely proud of his father, to this day recalls the episode with pain. With a lump in his throat, the taciturn Pete told me one afternoon, “It still hurts.”

It indeed hurts to watch. If you’d like, click here and watch Biden’s performance, beginning at the 57:00 mark.

In fact, Biden “admired” Clark so much, with such “incredible regard,” that he finished the grilling by announcing that he would not be supporting his nomination.

For his part, Clark was a paragon of restraint and civility, calmly telling Biden, “I respect that position, senator,” before adding, “I just have one point to make.” Clark then explained, as he had in his opening statement, that President Reagan did not bring him on board as a policy expert, particularly on individual issue areas. “Regarding making policy,” said Clark, “I have discussed this with both the president and the secretary [Al Haig]. Perhaps I did not make that clear, or maybe you came in a little after my description of what we consider to be the role. My position will not be involved in making policy, but rather in coordinating and implementing in the position as deputy secretary of state.”

Clark had indeed made that clear, as did the other senators, who jumped in to reiterate the fact, including ultra-liberal Sen. Alan Cranston (D-Calif.), who rushed to Clark’s defense. Actually, Biden knew as well. He noted just that at the start of his questioning of Clark. But Biden’s point wasn’t to get accurate answers he knew he couldn’t get from Clark; his goal was to embarrass Clark.

The damage to Clark was done. Joe Biden may have been “sorry, judge, really,” but he had so humiliated Clark that the judge became the laughingstock of the world, as the international press lampooned him. Most appreciative of Biden’s performance were the Soviets, who turned Biden’s work into basically a TASS press release.

The press feeding frenzy abated momentarily on February 24, when Clark’s appointment came before the full Senate, which easily approved his nomination with bipartisan support (except for Biden).

Clark stoically took the beating. A devout man who saw all things as part of what he called “the DP” — that is, the Divine Plan — he would see it as his cross to bear, as some overdue suffering that he ought to be willing to take. This was, for the devout Catholic, a form of mortification: “It was probably well-deserved, Paul,” he told me with striking humility. Now there’s a humility that Joe Biden is incapable of. And Clark’s humility was such that he never publicly shared Biden’s off-camera, quasi-apology to him, which he told to me (as his biographer) many years later: Biden casually pulled Clark aside in the hallway, away from reporters, grinned, smirked, laughed, slapped him on the back, and said, “Hey, judge, no hard feelings. And don’t worry: I didn’t know the answers to those questions either.”

This would hardly be the first time that Sen. Biden did this sort of thing. He would engage in similar slimy antics with Ed Meese — with Meese’s wife and kids looking on — when Meese was recommended as attorney general under Reagan, and also with Clarence Thomas, when Thomas was recommended for the Supreme Court. Thomas recounts Biden’s treatment of him in his memoirs. There, too, Biden finished the notorious “high-tech lynching” of Thomas with the same no-hard-feelings smile. Call it the Biden Treatment.